Sydney pharmacists are embarking on the biggest change to the way they work in decades, with electronic prescriptions being rolled out across the city.

Sydney pharmacists are embarking on the biggest change in decades to the way they work, with electronic prescriptions being rolled out across the city.

Patients now have the choice to get an electronic prescription, or e-script, sent straight to their phone via SMS or email, rather than a paper prescription, when they visit their doctor or have a telehealth consultation.

The SMS or email contains a QR code, which can be scanned at any pharmacy to unlock a secure, encrypted prescription. Wetherill Park mother Stephany Douad told 9News it was a more convenient option, as she would no longer have to go into her doctor's practice to pick up the script or arrange to have it faxed to a pharmacy.

"It just makes life a lot easier, especially when they are sick, you don't want to be waiting in line with a sick child," she said.

The technology has been in development for two years but the roll-out has been fast-tracked due the pandemic. The introduction of electronic prescriptions across metropolitan Sydney follows the introduction in Victoria last month when the state was in lockdown.

While the new software has been installed in most pharmacies, community pharmacy owner and national councillor of the Pharmacy Guild of Australia Catherine Bronger said it was best to check with your preferred pharmacy to ensure they are up and running before asking your doctor for an electronic prescription. 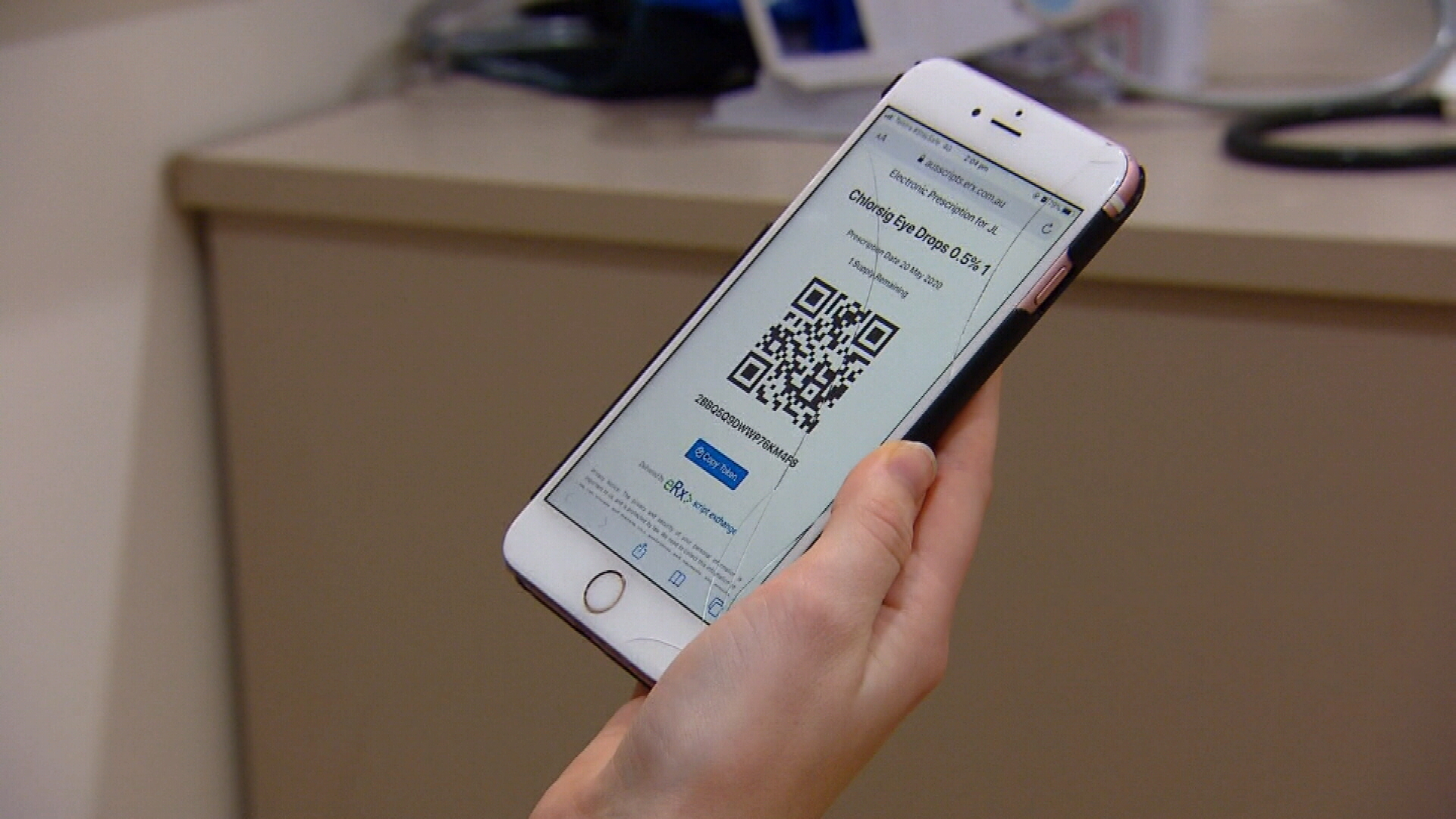 "This is the biggest change community pharmacy has been through since they got computers," she told 9News.

"Just be patient for the first couple of weeks as those electronic prescriptions are rolled out."

For patients with multiple prescriptions, there's also an option to give pharmacists permission to access all your scripts electronically without needing a QR code for each medication, but that is still being developed. "The initial phase of testing of that will be next month and then expected by the end of December," Andrew Matthews from the Australian Digital Health Agency told 9News.

"The opportunity for electronic prescriptions is a much more secure and safer way of getting prescription information via a patient to their pharmacy, rather than the fax opportunities that have been used in the past."