Esmerelda, Taronga Zoo’s Aldabra Giant Tortoise, and its longest staying guest, was in need of a check-up, and the appointment was today.

She is 104 years old and has not left home since 1947. It may sound like the opening gambit to a court drama, or the premise of an Edgar Allen Poe horror story, but the detail is far more benign.

Esmerelda, Taronga Zoo's Aldabra Giant Tortoise, and its longest staying guest, was in need of a check-up, and the appointment was today.

"In the last few months, the keepers have noticed some fluid coming out of her nostrils and her mouth, and a bit of a gurgling, breathing sound," says Taronga's senior vet, Dr Larry Vogelnest. 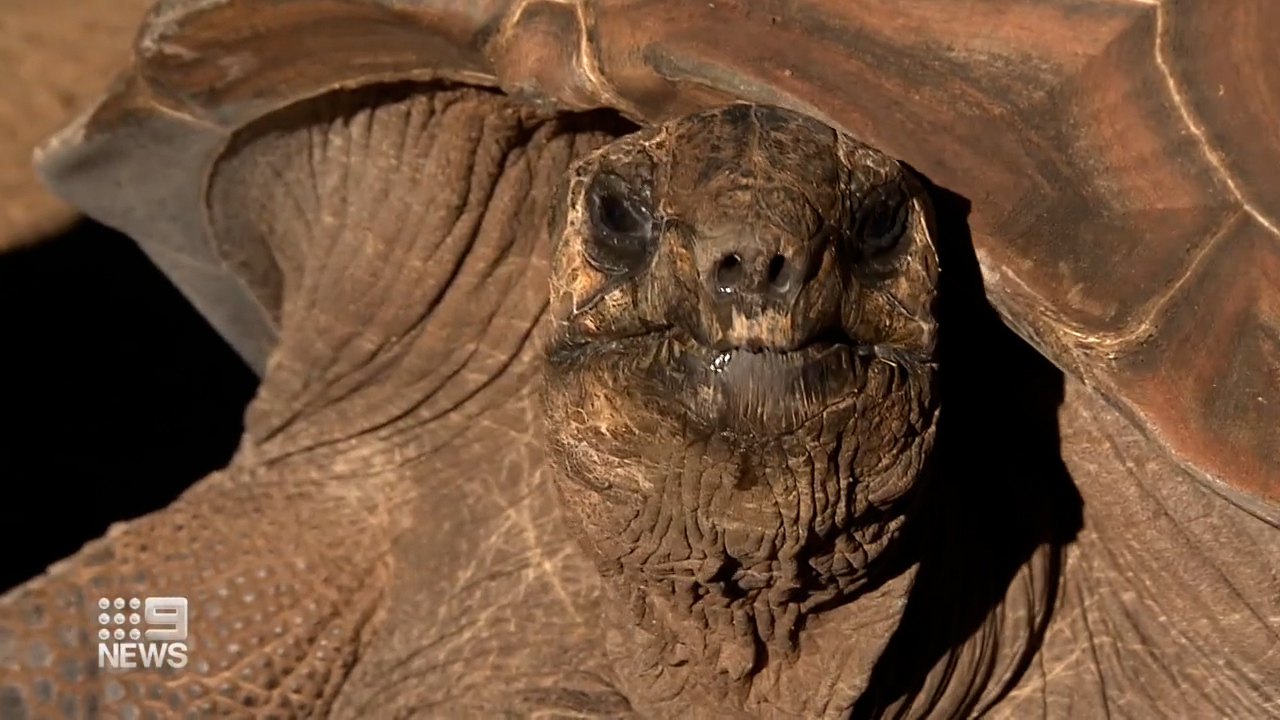 And so the decision was made that Esmerelda would need a CT scan, to see what was happening within her thick, leathery neck. And at 130 kilogram, it's going to be a big job.

Getting Esmerelda to her appointment requires teamwork. After a calming injection from the doc, so she doesn't flail about during her scan, four keepers, along with two vets, carry her in a heavy-duty sling to her taxi, as her overly amorous flatmate and toyboy, 70-year-old Lance, watches on.

"He's always keen for a bit of fun, with either her or the staff,' says Dr Vogelnest. I say I admire Lance's ambition. 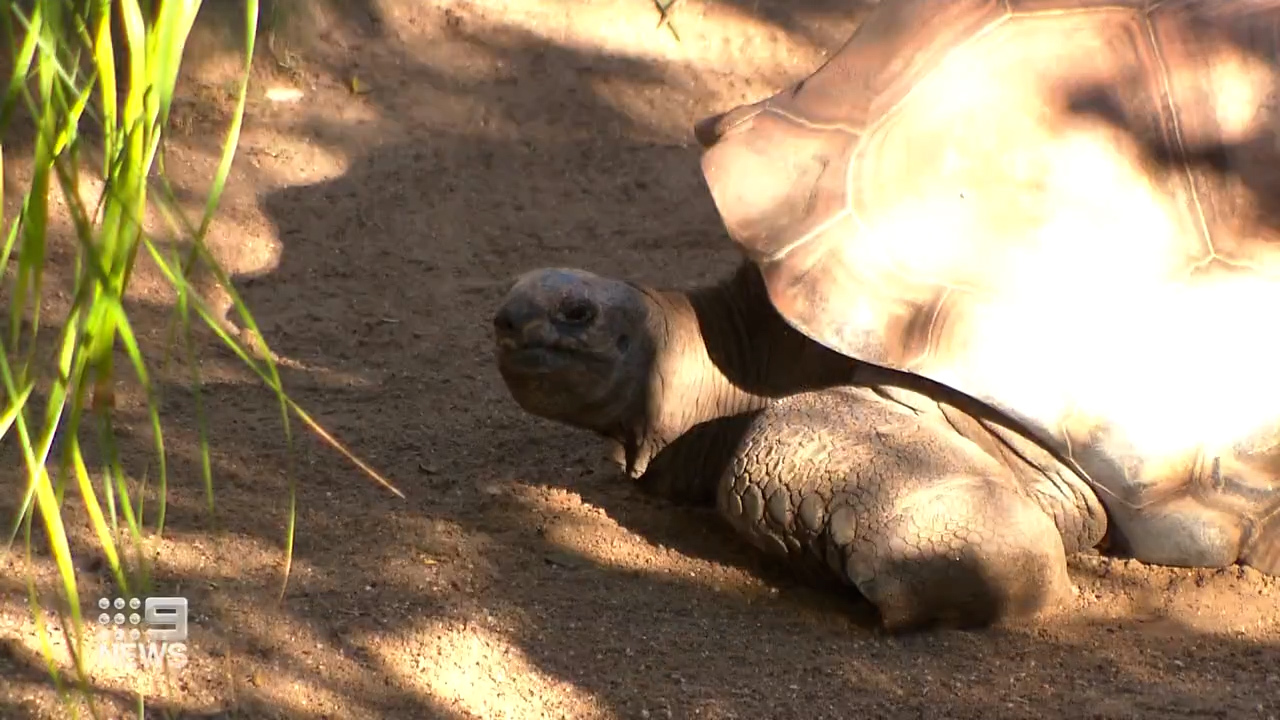 Within half an hour, Esmerelda is being again manhandled by sling into the loading bay of the Northshore Veterinary Hospital. From there, a wheeled trolley topped with a footstool, serves as a sturdy plinth on which to rest the patient, and to push her through the corridors to the CT scanning room.

At first, there are concerns she would not fit through the donut of medical technology, but after folding back those big hind legs that feel like old and weathered bike leather, along with dropping the table, Esmerelda is soon sliding in and out like a piston, and providing the information her doctors need.

It is not long before suspicions are confirmed. 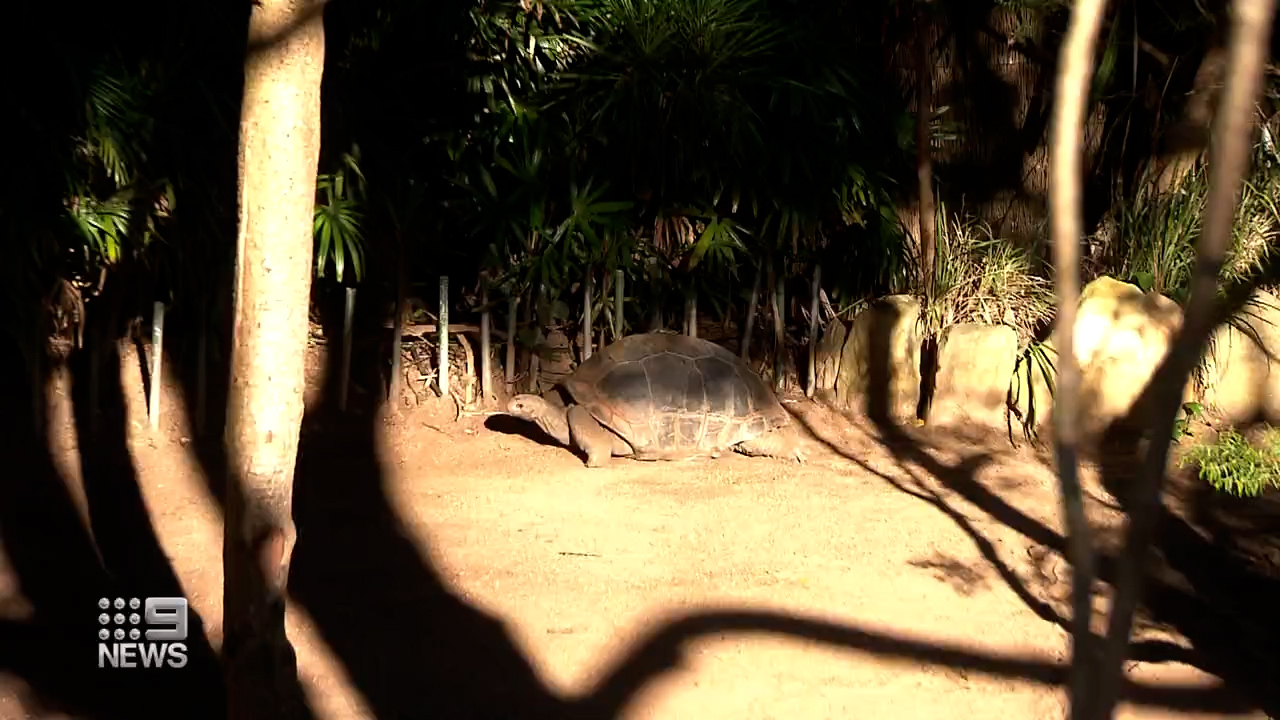 "We can definitely see that she's got some partially calcified material just sitting there in her oesophagus, just inside of her thoracic inlet," says Sarah Davies from Veterinary Imaging Associates.

"It also looks like she may have a little arthritis in her shoulder as well."

The imagery garnered will allow Taronga's vets to now fashion a treatment regime for their centenarian, but the immediate concern now, is making sure Esmerelda has company during her post-operative recovery, which is provided by the rainbow-haired reptile keeper, Del Leong.

"She actually does love massages; she puts her foot up, just so you can massage underneath her arm as well. And she loves a belly scratch," Del adds.

"Official tortoise massager is a job, it's part of my role."

"Great title!" I say, "Looks great on a business card."

For our scanner, it's the most unusual job she has executed today.

"Actually, I'd be pretty surprised if anyone else has done this, anywhere else in the world to be honest," says Sarah.

"I suspect today's a bit of a marker in your career," I say.

READ:  Man accused of being the Golden State Killer expected to plead guilty