News organisations demanded an explanation for an Israeli airstrike that targeted and destroyed a Gaza City building housing the offices of The Associated Press, broadcaster Al-Jazeera and other media outlets.

AP journalists and other tenants were safely evacuated from the 12-story al-Jalaa tower after the Israeli military warned of an imminent strike.

Three heavy missiles hit the building within the hour, disrupting coverage of the ongoing conflict between militant group Hamas and Israel.

At least 145 people in Gaza and eight in Israel have been killed since the fighting erupted on Monday night. 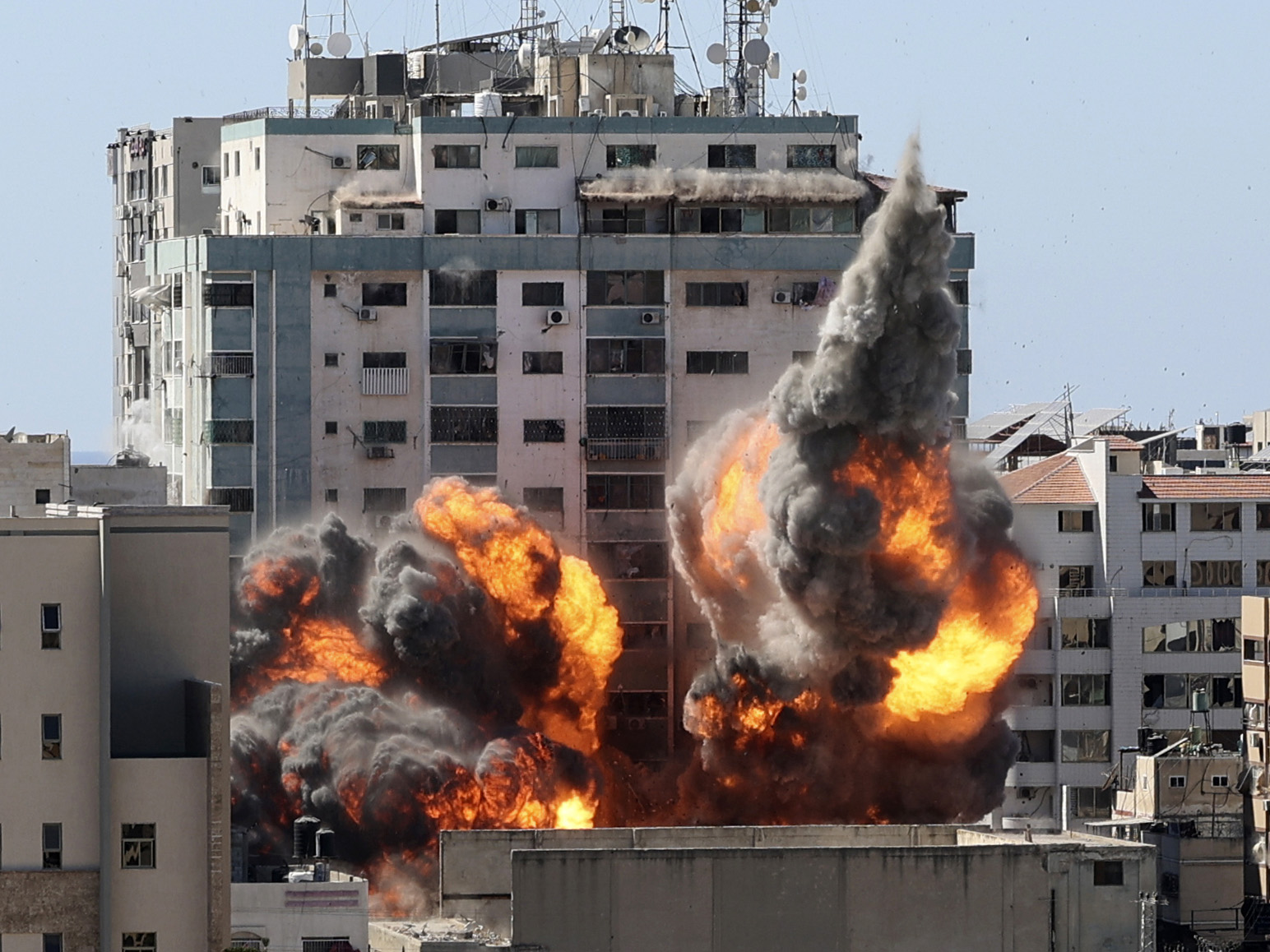 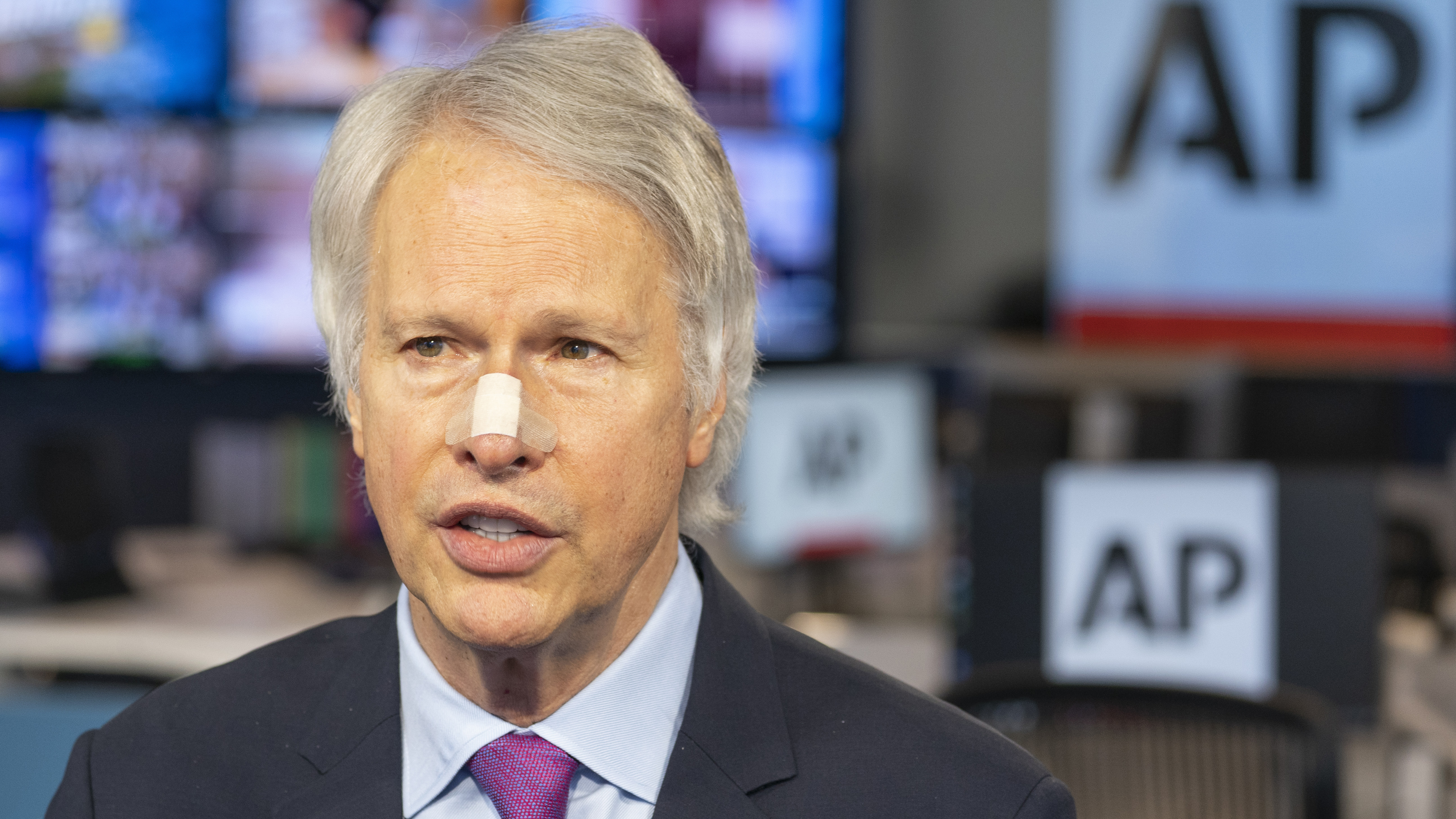 "The world will know less about what is happening in Gaza because of what happened today," AP President and CEO Gary Pruitt said.

He said the American news agency was seeking information from the Israeli government and engaging with the US State Department to learn more.

Mostefa Souag, acting director-general of Al Jazeera Media Network, called the strike a "war crime" and a "clear act" to stop journalists from reporting on the conflict. 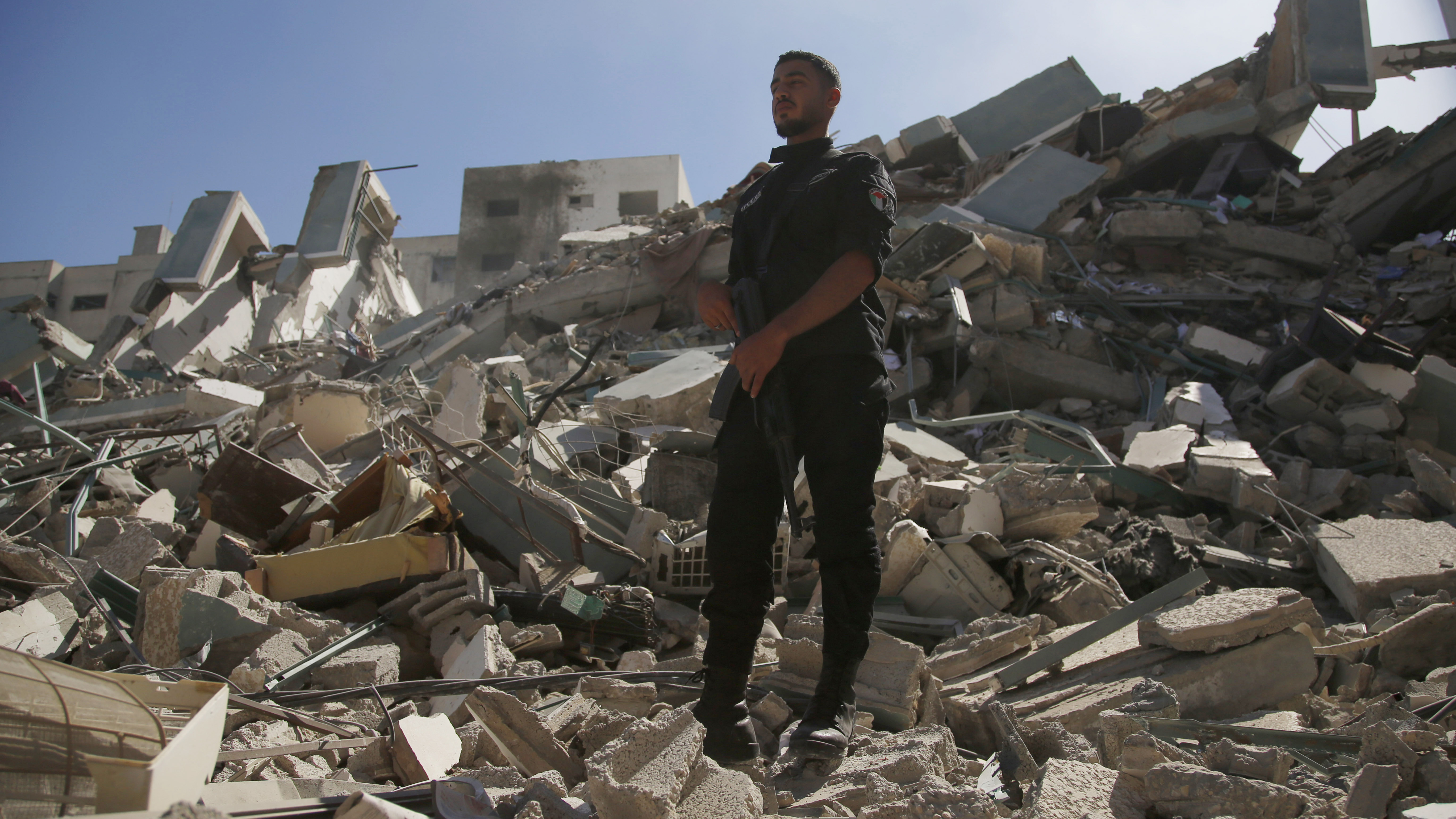 "The targeting of news organizations is completely unacceptable, even during an armed conflict. It represents a gross violation of human rights and internationally agreed norms," Barbara Trionfi, the executive director of the International Press Institute, said.

In a standard Israeli response, the military said that Hamas was operating inside the building, and it accused the militant group of using journalists as human shields.

But it provided no evidence to back up the claims. Israeli military spokesman Lt. Col. Jonathan Conricus claimed that Hamas used the building for a military intelligence office and weapons development. He said "a highly advanced technological tool" that the militant group used in the fighting was "within or on the building."

But Conricus said he could not provide evidence to back up the claims without "compromising" intelligence efforts.

He added, however: "I think it's a legitimate request to see more information, and I will try to provide it."

Some press freedom advocates said the strike raised suspicions that Israel was trying to hinder coverage of the conflict. The New York-based Committee to Protect Journalists demanded Israel "provide a detailed and documented justification" for the strike.

"This latest attack on a building long known by Israel to house international media raises the specter that the Israel Defense Forces is deliberately targeting media facilities in order to disrupt coverage of the human suffering in Gaza," the group's executive director, Joel Simon, said in a statement. The bombing followed media consternation over an Israeli military statement that prompted some news organizations, including The Wall Street Journal, to erroneously report early on Friday that Israel had launched a ground invasion of Gaza.

Israeli military commentators said the media had been used in a ruse to lure Hamas militants into a deadly trap.

Conricus denied that the military engaged in a deliberate deception when it tweeted falsely on Friday that ground forces were engaging in Gaza, calling it "an honest mistake."

The AP, based on its analysis of the army's statement, phone calls to military officials and on the ground reporting in Gaza, concluded there was no ground incursion and did not report there was one. 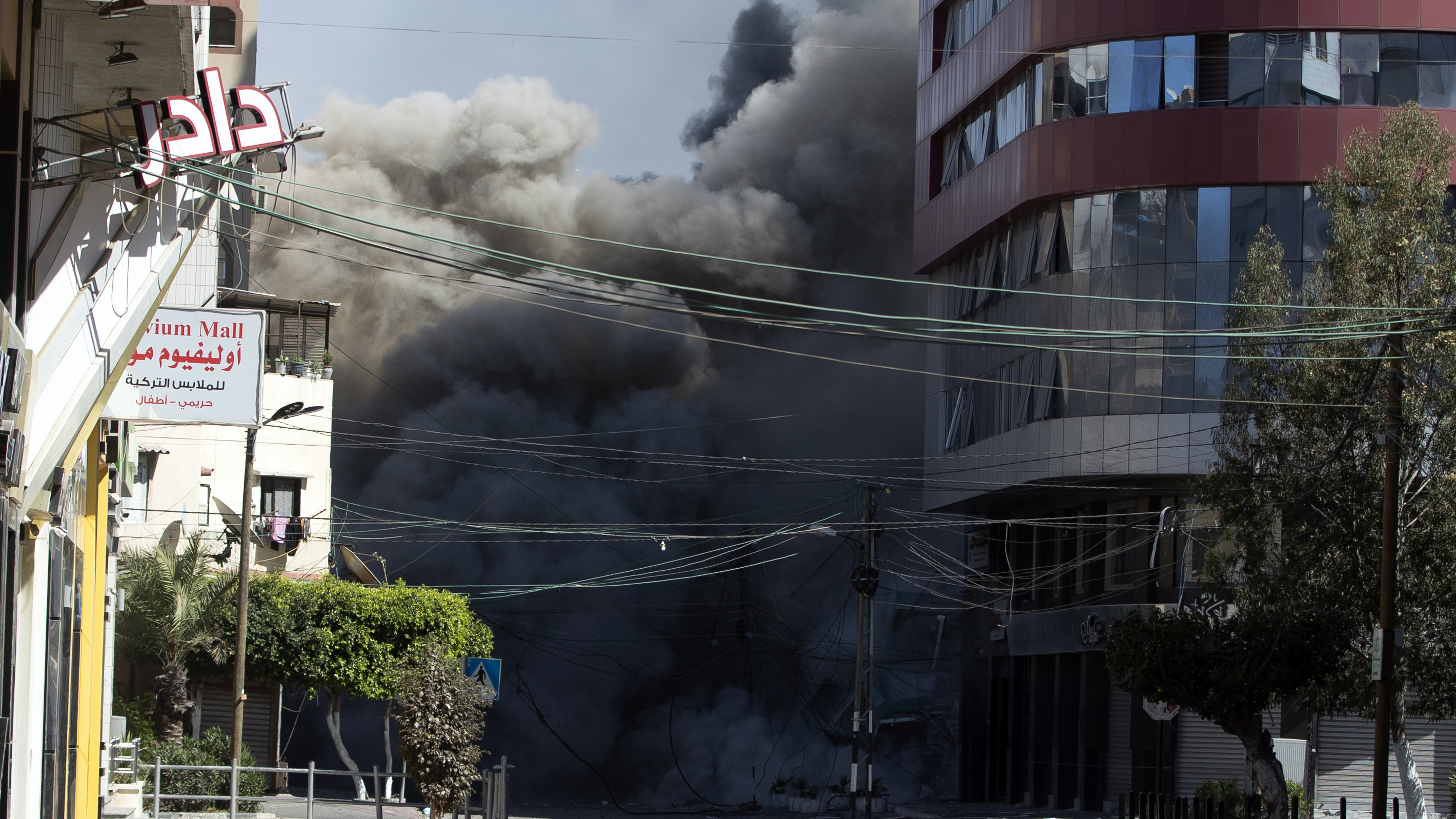 The strike on a building known to have the offices of international media outlets came as a shock to reporters who had felt relatively protected there.

"Now, one can understand the feeling of the people whose homes have been destroyed by such kind of air attacks," Al-Jazeera producer Safwat al-Kahlout, who was at the bureau in Gaza when the evacuation warning came, told the broadcaster on Saturday.

"It's really difficult to wake up one day and then you realize that your office is not there with all the career experiences, memories that you've had."

For 15 years, AP's top floor offices and roof terrace on the now-destroyed building had provided a prime location for covering fighting in Gaza.

Just a day before the bombing, AP correspondent Fares Akram wrote in a personal story that the AP office was the only place in Gaza were he felt "somewhat safe."

"The Israeli military has the coordinates of the high-rise, so it's less likely a bomb will bring it crashing down," Mr Akram wrote.

The next day, Mr Akram tweeted about running from the building and watching its destruction from afar.

PEN America, an organization promoting literature and freedom of speech, said on Saturday that the only reason the world knows about the ongoing fighting between Gaza's Hamas rulers and Israel is due to the "tireless, indefatigable work of journalists, risking their lives to inform the world."

"The resulting destruction will hobble the ability of professional journalists to do their work documenting a fraught, complex conflict at a critical time," the organisation said.