The sighting comes as the debate around shark culling intensifies.

Imagine it's a hot day. You've done what many Australians do and headed to a river to cool down - only to come face-to-face with a massive shark.

This was the reality faced by Jos McIvor from Noosa Heads in Queensland yesterday. 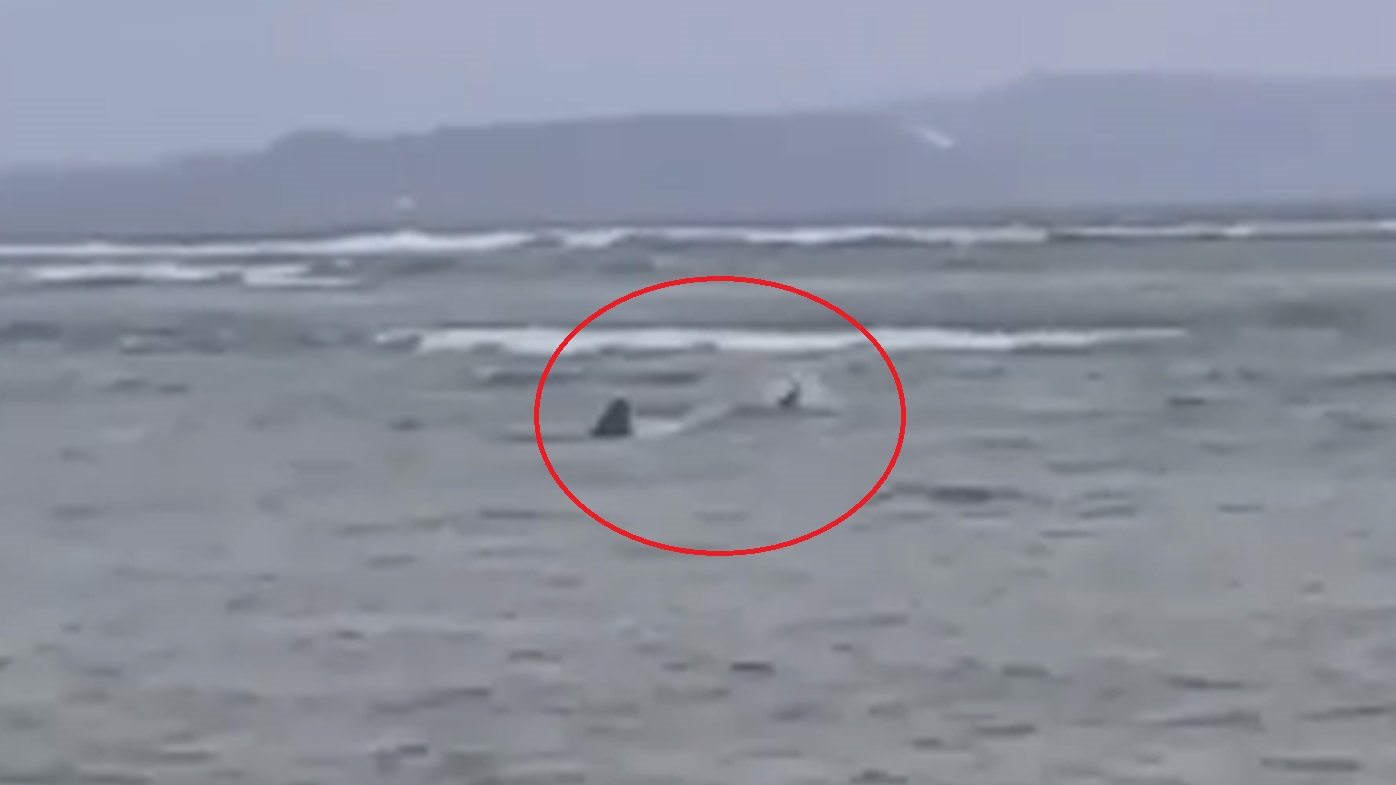 The Queenslander was swimming in the mouth of Noosa River and had just exited the water when she turned around and saw a massive shark thrashing where she was just swimming.

While she is unsure of the species, its presence at a river mouth indicates it may be a bull shark, an aggressive species that can tolerate fresh-brackish water.

David Leonard, a traveller who shared the post, posted on Facebook: "A mate just sent this video of a huge shark entering the Noosa River yesterday. Not sure if its a bull or tiger. Keep an eye on your kids (and) dogs."

The shark sighting comes as the debate around shark culling intensifies after a spate of recent attacks around the nation.