A massive haul of goods to help the people of Lebanon through some of their darkest days is tonight en route from Sydney.

A massive haul of goods to help the people of Lebanon through some of their darkest days is tonight en route from Sydney.

In Lebanon, where a pandemic was compounded by an explosion, four hospitals were devasted in the blast with more than 50 medical centres incapacitated.

Wrapped and loaded on the last plane out Sydney last night, two tonnes of vital medical supplies, as well as 60 tonnes of sugar, Weetbix and long-life milk are on their way to the devastated city of Beirut. Three tonnes of flour, two tonnes of pasta and a tonne of chickpeas are also on its way.

"Despite the economic hardship in Australia and what we are going through - corporate Australia has put their hand up," Australian Lebanese Medical Association's Dr Wally Ahmar told 9News.

"They're actually desperate for these and have been waiting for these supplies to arrive." 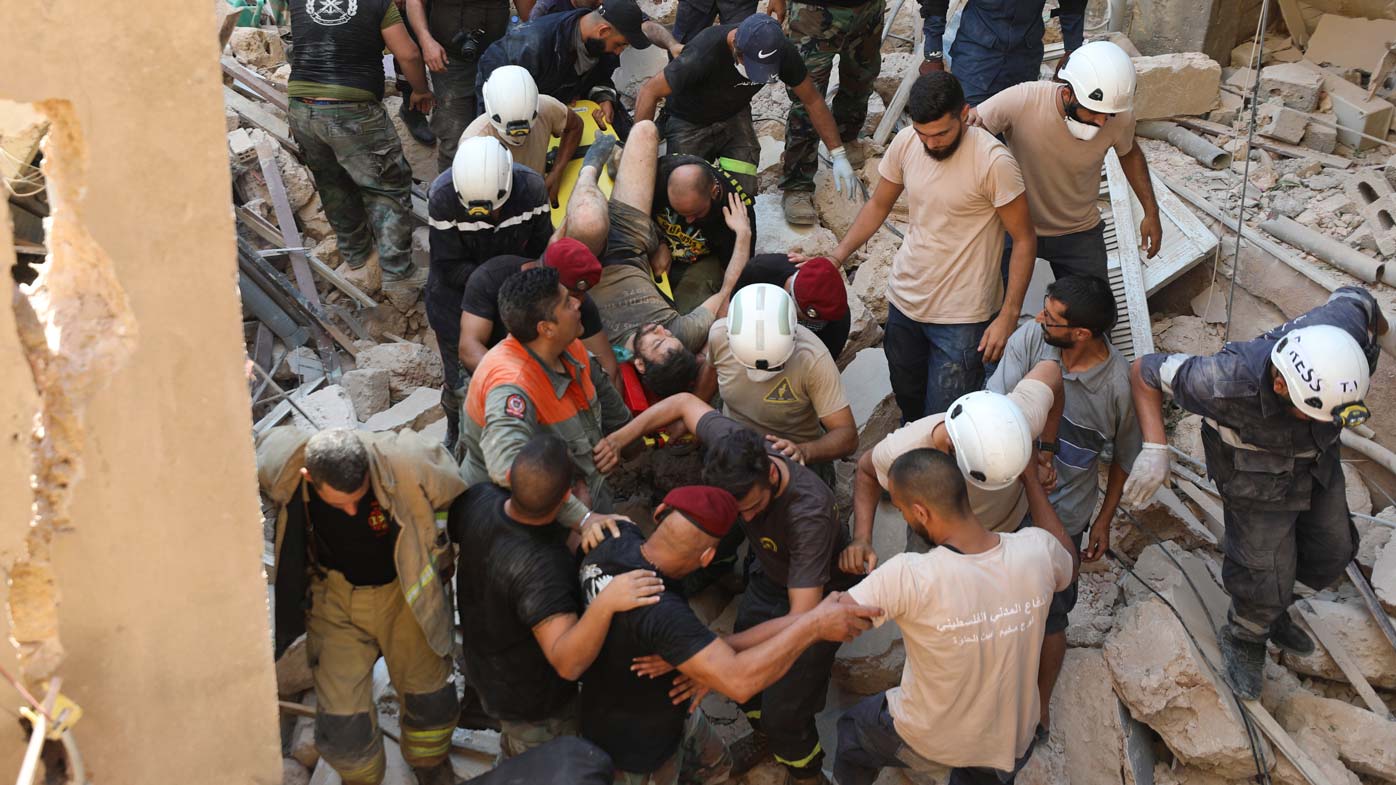 The Australian Lebanese community has already donated generously, with some of the first aid on the ground coming from Australia.

"We've had pensioners put their hand up and give us small amounts," Mr Ahmar said.

"Others, even though their businesses have been affected, have given and it shows you that even in darkness there's beautiful rays of light."