Eight tug boats are working to free a large container ship stuck in Egypt’s Suez Canal, halting marine traffic through one of the busiest and most important waterways in the world.

Eight tug boats are working to free a large container ship stuck in Egypt's Suez Canal, halting marine traffic through one of the busiest and most important waterways in the world.

The rescue boats are working to float and release the Ever Given, a 59m-wide vessel that ran aground after 40-knot winds and a sandstorm caused low visibility and poor navigation, the Suez Canal Authority said in a statement.

The 224,000-tonne vessel, sailing under a Panama flag, was en route to the port of Rotterdam in the Netherlands when it was knocked off course. 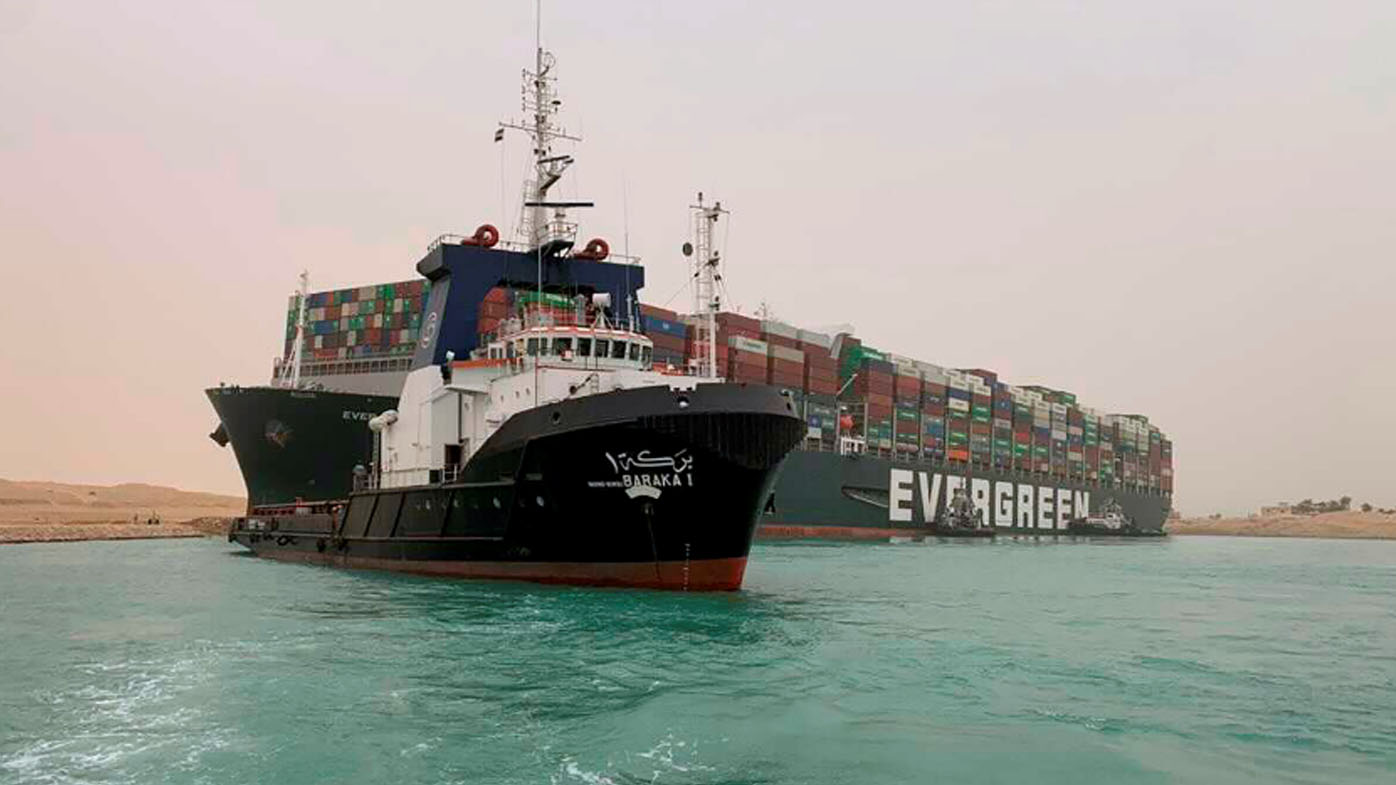 The ship - which at 400m is almost as long as the Empire State Building is tall - is wedged across the vital trade passage at the canal's 151km mark, the vessel's operating company said in a statement.

The container ship entered the crucial East-West trade route on Tuesday morning and ran in to trouble when it was approximately 6 nautical miles from the southern end of the estuary, Evergreen Marine said.

Tanker Trackers, which monitors vessels through satellite and maritime data, said the incident had caused tailbacks of other vessels nearby. "Tankers carrying Saudi, Russian, Omani and US oil are waiting on both ends," it said.

The impact on oil and gas flows will depend on how long it takes to clear the container ship, industry sources told Reuters.

"If it extends to, say, weeks it will of course disrupt all shipping in a major way," said Ashok Sharma, managing director of Singapore-based shipbroker BRS Baxi.

"But I think there should be sufficient resources available and pretty much in close proximity to deal with the situation quickly, in days rather than weeks," Mr Sharma said.

The Ever Given was transiting north from the Red Sea to the Mediterranean when it ran into trouble after the ship suffered a blackout, Reuters reported citing port agents GAC.

Fifteen other vessels in a northbound convoy behind the ship have been held at anchorages while the canal is cleared, GAC said on its website. A southbound convoy is also blocked, it said.

The passage accounts for approximately 30 per cent of container ship traffic globally each day, according to Reuters, with the alternative shipping route between Asia and Europe - navigating around the African cape - taking a week longer.

Nearly 19,000 ships, or an average of 51.5 ships per day, with a net tonnage of 1.17 billion tonnes passed through the canal during 2020, according to the Suez Canal Authority.

The official - who spoke on condition of anonymity as he's not authorised to speak to the media - said that the equipment to float a ship is available but it depends on how it is used.

"If the method is not correct it might take a week, and if it's done well it might take two days. But if it had been correct [in the first place], then the crisis could have ended yesterday," the pilot said.

The official said that, due to the damage, the Ever Given is unlikely to be able to sail now and will probably need to be towed to the nearest parking site, the Great Bitter Lake District, about 30km to the north.

Afterwards it will likely be towed with its cargo to the nearest port - either Sokhna port 20km south of the city of Suez, or Port Said, 100km to the north. There the cargo would be offloaded and the ship would undergo minor repairs.

If the damage turns out to be more serious, the vessel would be towed to a marine shipyard. The official said that "at present, the number of ships waiting could reach 100, which will increase over time."

"The disruption of navigation is expected to cause ship congestion, which takes two to three days to normally restore traffic order," he added.