A group of up to 10 vandals caused extensive damage when they spray-painted over artwork and cobblestones down popular Hosier Lane at 7.24pm on Saturday night. 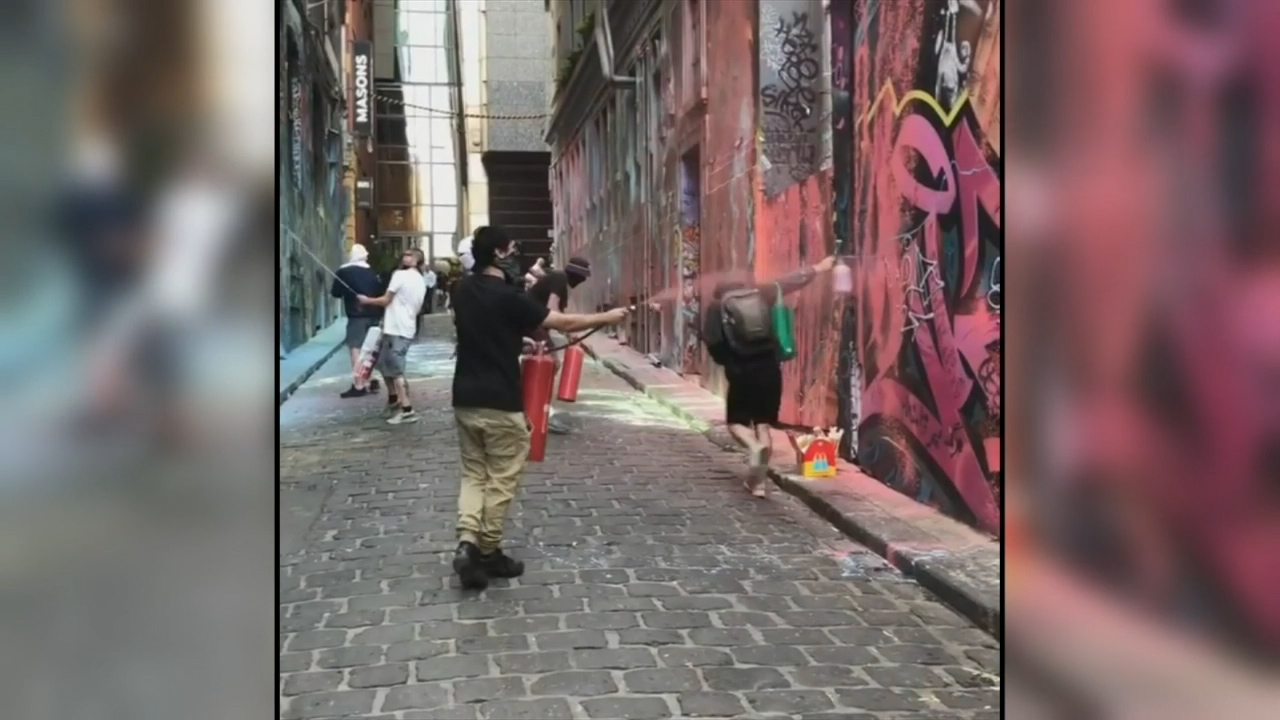 "We are so disappointed that on the weekend a group of people conducted an extreme act of vandalism in Hosier Lane," Ms Capp said.

"We don't condone this sort of behaviour and we want to highlight the damage it has caused."

Hosier Lane is one of Melbourne's most iconic street art laneways, with more than 1 million tourists coming to see the graffiti art every year.

CCTV and footage on social media show the masked men walking up and down the laneway, blasting the walls with paint from fire extinguishers and spray bottles. 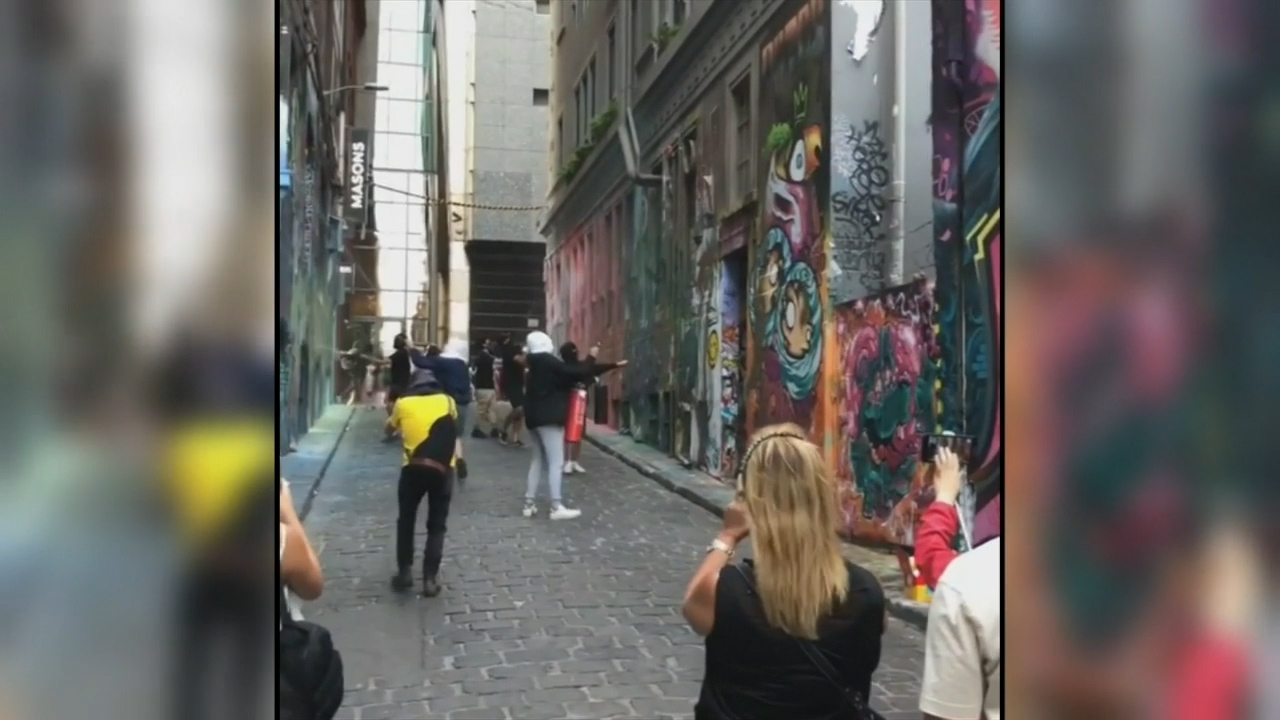 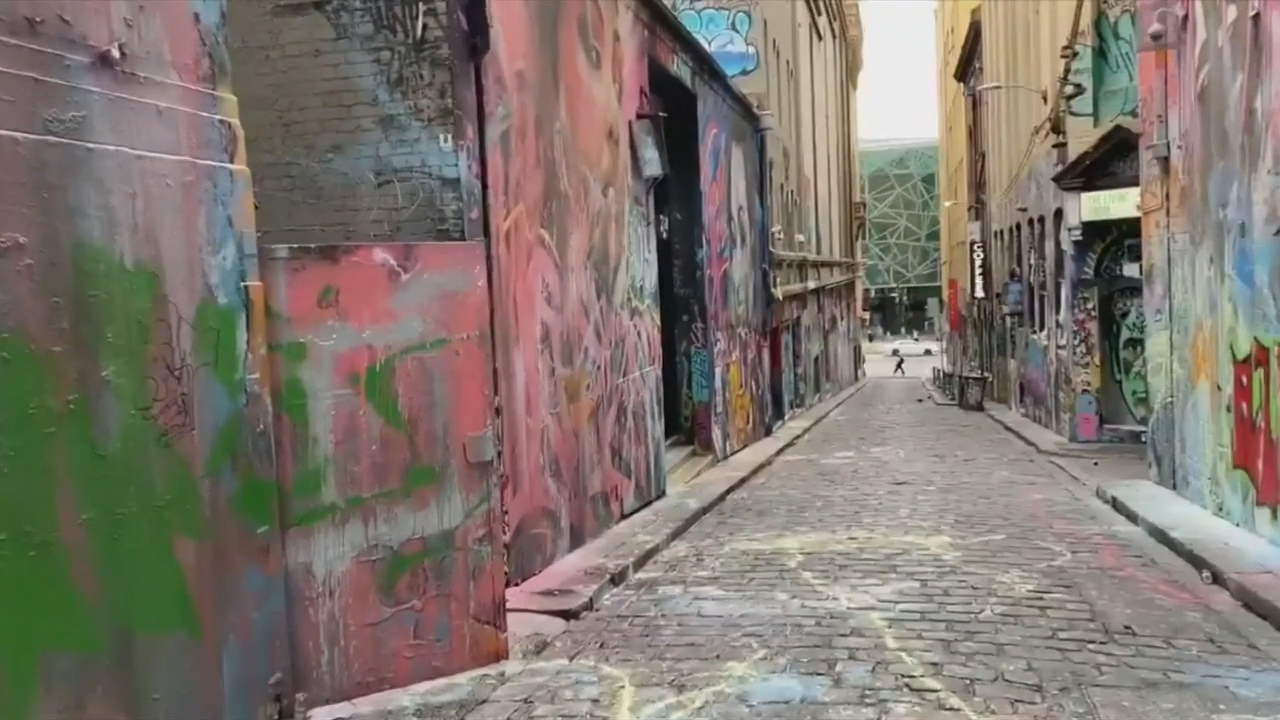 Ms Capp said there was a "fine line" between graffiti and street art at times, but it was the "random nature" in this instance that made it vandalism.

"This balance between street art, graffiti and vandalism is sometimes difficult to manage," she said.

"We see this act as vandalism particularly given the damage they've done to the pavement and cobblestones.

"We have always been proud that we are the capital of street art in Australia and appreciate the value it brings to our culture and society.

"I encourage our street artists to come back and go over this vandalism."

Council contractors attended the laneway to clean-up the damage this morning, but more "remediation works" are set to take place.

READ:  Serena Williams Reacts To Alexis Ohanian's Decision To Step Down From Reddit Board

Ms Capp said the council would be lodging an official complaint, as the attack had significantly damaged council and private property.

Victoria Police Local Area Commander for City West, Inspector Troy Papworth said the matter was under police investigation and there were no suspects at this stage.

"It's an attack on street art that forms the fabric of the City of Melbourne."

Melbourne East police urged witnesses or anyone with information to contact Crime Stoppers on 1800 333 000.