Mask rules will be eased and workers will be able to return to the office at a greater capacity in Victoria from Monday.

Premier Daniel Andrews today confirmed the pause on the state's return to work schedule would be lifted, with the plan prior to the Black Rock outbreak given the green light to go ahead.

Private businesses will be permitted to have their staff return to the office at 50 per cent capacity, while the public sector will be able to return at 25 per cent.

"I think pausing for the week was the right choice to make given there was some uncertainty, but now eight days of zero means we can make that announcement." 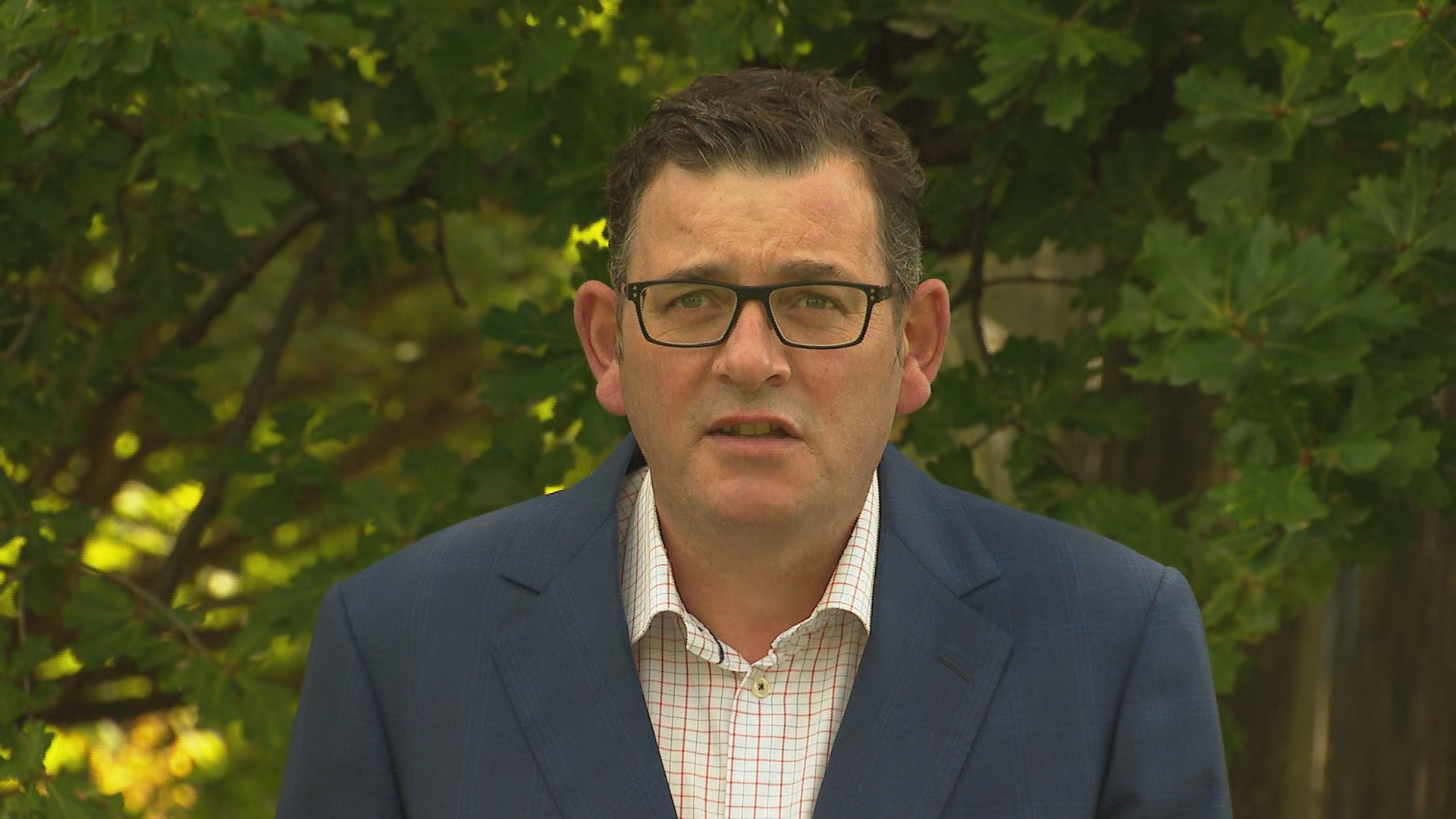 Also from Monday, mask wearing will revert back to the earlier Christmas mandates, where they are only compulsory in high-risk settings indoors such as supermarkets, shopping centres, hospitals, domestic flights, Ubers or taxis and public transport.

"We know masks have been a very important insurance policy," Mr Andrews said.

"That extra level of protection against transmitting this virus."

The number of active COVID-19 cases has dropped to 29.

The triple zero figures come as the state issued fresh isolations rules for travellers who have returned from a Brisbane quarantine hotel.

Six cases of coronavirus in Queensland have been found to be the highly contagious UK strain of the virus, and all have been linked to the Grand Chancellor Hotel.

Mr Andrews confirmed there are 18 people in Victoria who were quarantining in the Brisbane hotel during the outbreak period of concern.

"We are contacting them, we are testing them," Mr Andrews said.

"Some will need to isolate. Some will simply need to get a negative test.

"There's not one blanket answer.

"It depends on when they were in hotel quarantine."

Victorian health authorities have ordered anyone who was a guest or worked at the hotel at any time on or after December 30 to self-isolate and urgently call Queensland Health on 134 COVID.

The coronavirus outbreaks in quarantine hotels across the country have prompted state leaders to consider relocating the accommodation to remote locations elsewhere.

Mr Andrews today said the issue would likely be discussed in the next National Cabinet meeting.

Queensland Premier Annastacia Palaszczuk revealed today her government was looking at using mining camps as an alternative option for quarantine, which would operate similar to the Howard Springs facility in the Northern Territory.

"I don't have any plans to change the locations we're using, but we're always happy to talk," Mr Andrews said.

The Victorian Government had earlier inquired about using Defence facilities to house people in quarantine, however they were deemed unsuitable.

"We have raised some questions about some ADF facilities in Victoria and the judgment was that they would not be suitable," Mr Andrews said.

READ:  Missing Hiker Shows Up At Press Conference About His Own Disappearance

"Could they be made suitable? Could another facility be built?

"I'm sure we will have a discussion in our next National Cabinet meeting."

Building facilities to house thousands of people may "not be a bad thing", Mr Andrews added, as they could even be used for other crisis events such as bushfires.

The Victorian Government is also considering limiting the size of Sydney's "red zone" under its hard border measures, to facilitate the return to school in the coming weeks.

However, no decision to change the state's current border restrictions would be made today.