Forget all you thought you know about the red planet; scientists now think Mars may once have had a ring like Saturn and a mega-moon 20 times larger than one of its current moons.

Forget all you thought you know about the red planet; scientists now think Mars may once have had a ring like Saturn and a mega-moon 20 times larger than one of its current moons.

A new study published to arXiv came to the galaxy-bending conclusion after examining the orbits of the Martian planet's two moons; Phobos and Deimos.

The paper, which is yet to be peer-reviewed, hypothesises that the two misshaped moons formed from the debris of a moon, "20 times more massive" after it was pulled apart by the gravity from the Martian planet. 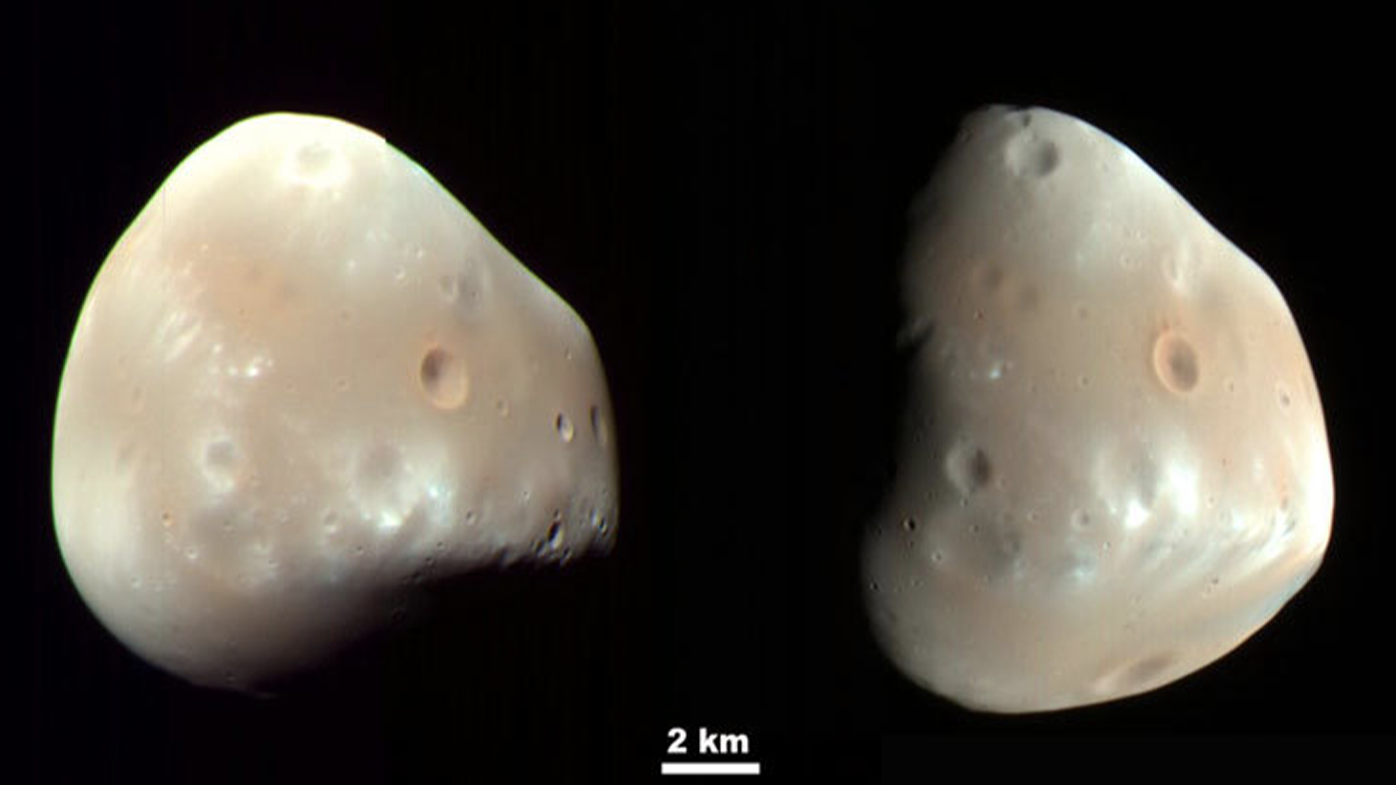 The moon, which is further away from the planet than Phobos, currently circles the planet on a "wonky" orbit - slightly titled towards the Martian equator by two degrees. 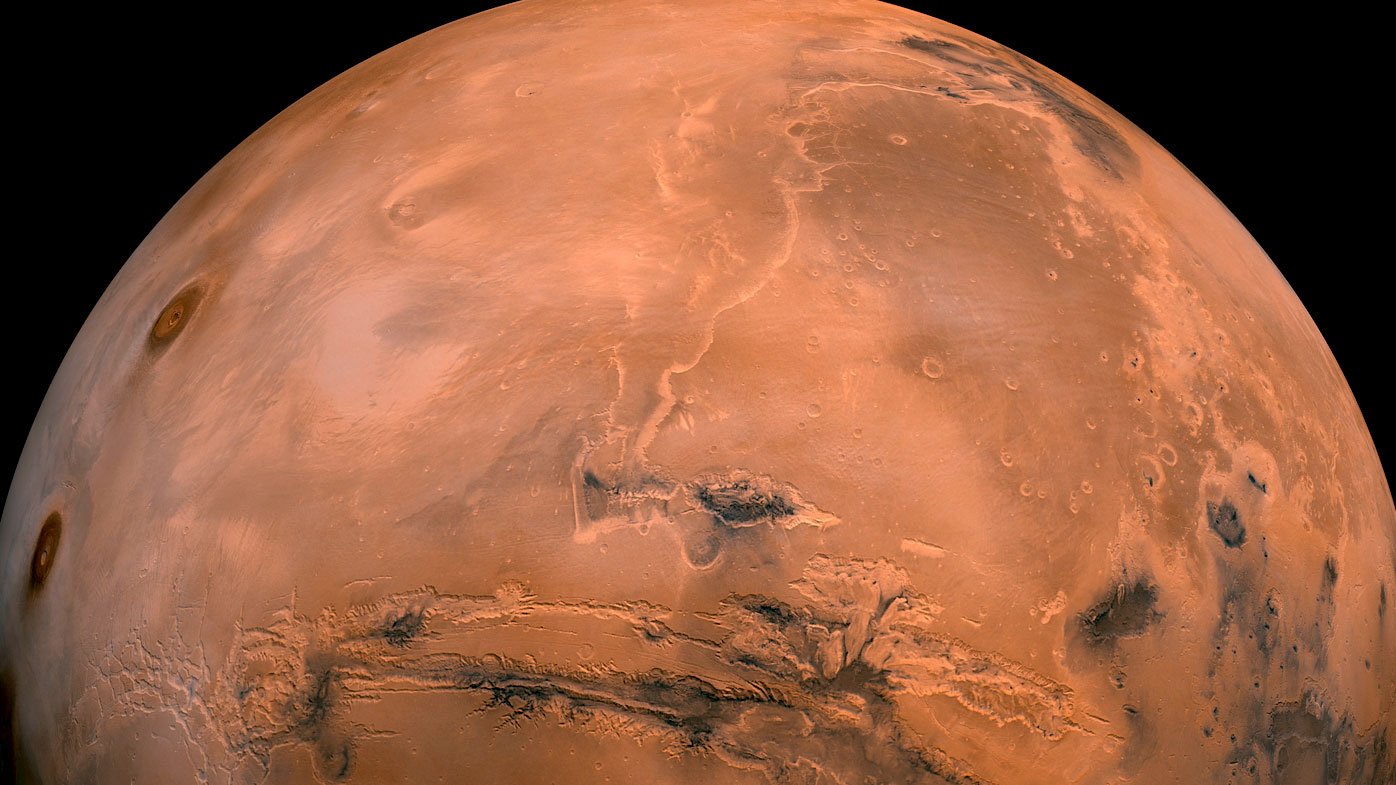 Study lead author Matija Cuk said that the fact the orbit wasn't in line with the equator was overlooked and hinted to both moons' origins.

"The fact that Deimos' orbit is not exactly in plane with Mars' equator was considered unimportant, and nobody cared to try to explain it," she said in a statement.

"But once we had a big new idea and we looked at it with new eyes, Deimos' orbital tilt revealed its big secret." 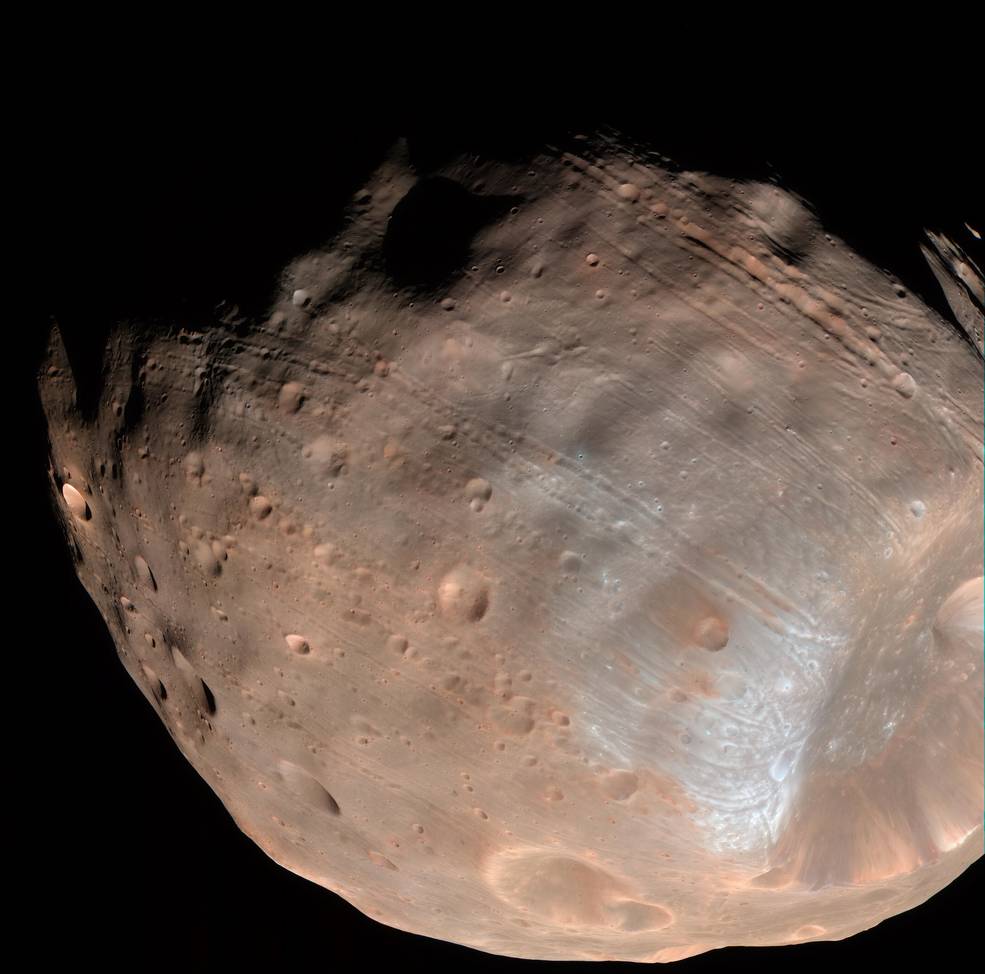 Phobos on the other hand is orbiting closer to the planet's surface and will move so close, it will eventually be pulled apart by Mars' gravity forming another ring of debris around the planet.

Study co-authors David Minton, a professor at Purdue University, and Andrew Hesselbrock suggest that after Phobos is pulled apart, the pieces will reform another moon, which scientists say have already happened in the past with a much larger moon system.

This breaking up and reforming of moons in part explains Deimos' orbit. 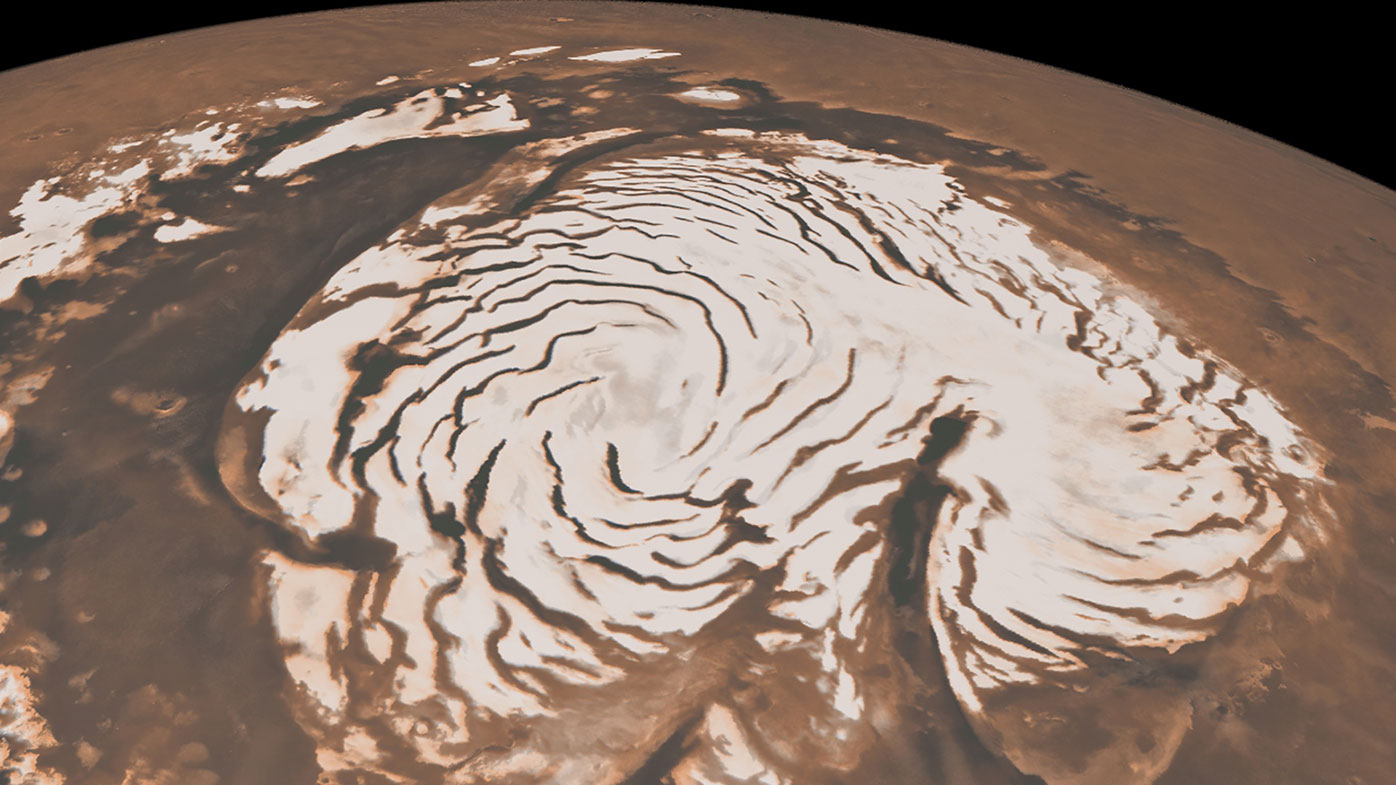 "This cyclic Martian moon theory has one crucial element that makes Deimos' tilt possible: a newborn moon would move away from the ring and Mars ... in the opposite direction from the inward spiral Phobos is experiencing due to gravitational interactions with Mars," the SETI Institute said in the statement.

"An outward-migrating moon just outside the rings can encounter a so-called orbital resonance, in which Deimos' orbital period is three times that of the other moon.

"We can tell that only an outward-moving moon could have strongly affected Deimos, which means that Mars must have had a ring pushing the inner moon outward."

The age of both moons also supports the theory. Deimos is thought to be millions of years old, while Phobos is much younger and is thought to have formed when dinosaurs roamed the earth 200 million years ago.