In the era of reality dating shows, it’s easy for viewers to be swept up in the romances of complete strangers as they navigate fresh relationships on screen. While most audience members aren’t pursuing love in front of a camera, there…

In the era of reality dating shows, it’s easy for viewers to be swept up in the romances of complete strangers as they navigate fresh relationships on screen.

While most audience members aren’t pursuing love in front of a camera, there are some valuable lessons to learn from the TV show, though also a few aspects to take with a grain of salt.

According to psychotherapist and relationship counsellor Melissa Ferrari, there are great takeaways as “what we see played out on national television mimics what we see playing out in our own relationships”, though at the end of the day it’s still a “highly edited entertainment program”. 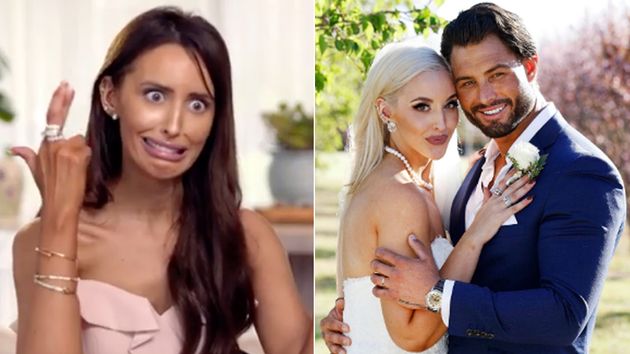 “Feeling vulnerable is something that most experience on a first date, as we deal with anticipation, worrying about what to say and [whether the] person will like us or if we will like them,” Ferrari told HuffPost Australia.

Vulnerability is present from the start for MAFS couples as they meet for the first time at the altar. But it’s something that continues throughout a relationship, regardless of how many weeks, months or years you’ve been together.

“Those couples on the show are in such a high stress environment throughout the series and moments, such as when Jules reacted to soothe Cam as he burst into tears, are rare and beautiful moments of connection,” she said, referring to the memorable scene in the 2019 season.

“We can feel similar stress and anxiety on a first date and if you do sense this vulnerability, taking the moment to calm your dates anxiousness can go a long way to starting a relationship in the right way.”

Lesson: Be Loyal And Don’t Lie To Your Partner

“Trust and security in knowing your partner has your back is an absolute must in a relationship. When we find our partner has lied or betrayed us, it shows a lack of respect for you as a person that is tough to overcome,” explained Ferrari.

The relationship counsellor only needed to refer to the cheating scandal that played out in the 2018 season to demonstrate how the show taught audiences about the ramifications of not being honest and loyal.

“The ultimate example of this was from the infamous Dean and Tracey relationship, when Dean and Davina began to show interest in each other,” she said. “This was followed by lies and a breach of trust that left Tracey and Ryan in a terrible situation.

“If trust becomes an issue it can take a lot of work between a couple to repair, as when our brain goes into self-protection mode, we tend to become anxious and distant from our partner.”

Ferrari explained this “will then require a lot of internal resources to repair, taking time away from the necessary work to build solidity and connection”. 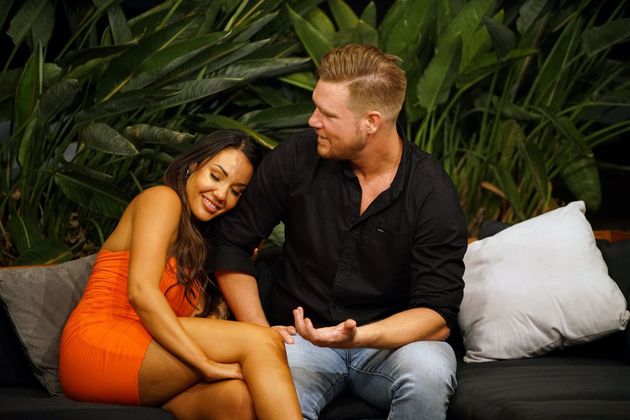 All contestants on MAFS have expectations of what their partner will be like even before they meet them. However, the danger of high expectations is disappointment if they are not met, a scenario we’ve seen in every season of the show so far.

“Most of us have a type, sometimes a very specific type, and you may recall Deborah’s reaction to John in season three,” said Ferrari.

“Deborah thought she was going to be matched with a Polynesian and when the very Aussie John was standing there, it plagued the relationship until it ultimately ended acrimoniously.

“Whilst Deborah’s reaction to John was at the extreme level, the seeking out of instant attraction is something everyone who has used a dating app has experienced as they seek that hormone rush we get when we connect with someone we are attracted to,” she said. This is “the powerful rush of neurochemicals and a mix of hormones go through the body”.

When high expectations cannot be met and/or feelings are not reciprocated, it’s beyond disappointing.

“I always say on a first date, try and centre yourself, keep calm and get in touch with your feelings by asking yourself what you want in a relationship,” said Ferrari.

“Then take your time. Get to know the person before you start to give into feelings of love. Discover how interested they are in you, how they make you feel. Do you feel safe and secure with them, is there a genuine attraction?

“By taking our time you give yourself the best chance of not jumping in too quickly or rejecting them before you have had the opportunity to get to know them.” 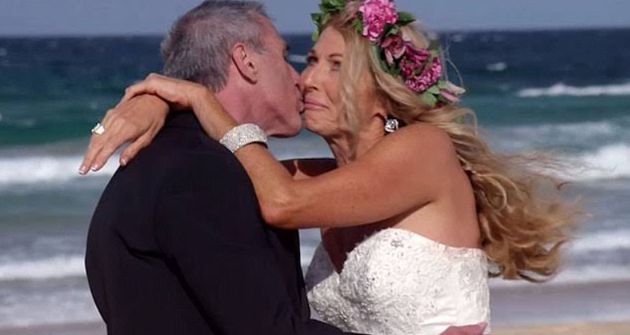 MAFS contestants have to consider compromise very early on in the picture as they are often from other sides of the country and need to consider whether they will relocate for love or call it quits.

“As always with reality TV, these moments of compromise are heightened,” said Ferrari, but explained there’s still relevance for viewers.

“Anyone who has had, or has been in a long-term relationship, can relate to tough decisions as we know relationships are a work of constant compromise as two individuals build their relationship into a single ‘couple bubble’,” she said.

“Learning to compromise and to always put the relationship first by being there for each other, having each other’s back and supporting each other is the cornerstone of every relationship. If instead you are putting what you want first at the expense of your partner, then ultimately you will become a threat to your own relationship.

“It is why couples that have the most successful relationships are those who make big life decisions together in a supportive environment and on the basis of what is best for the relationship.”

Remember, This Is Reality Television

Many people appreciate the appeal of reality TV, but while MAFS focuses on romance, it also reflects an unconventional way of finding love.

“What viewers need to keep in mind is that this environment is artificial and to remember that shows like MAFS, however popular, are highly edited entertainment programs,” said Ferrari.

“Whilst it mimics aspects of normal relationships, it is not normal to marry and then move in with someone that you have never met along with a producer, cameraman and sound technician.”

The counsellor said that most people desire “the safety to be able to develop intimacy and closeness”, which isn’t easy to achieve when appearing on national TV and being subject to social media scrutiny.

Married At First Sight premieres on Monday February 3 at 7:30pm on Channel Nine.