Australia has one of the most inclusive and diverse LGBTQ communities in the world and also the safest, according to RuPaul’s Drag Race star Alyssa Edwards.

“I feel safe in Australia,” she told HuffPost during her latest visit Down Under.

“Safer than anywhere I’ve been.”

Alyssa, also known as dance teacher Justin Dwayne Lee Johnson while out of drag, grew up in Texas and said there was no one like herself on TV until she watched the 1995 film “To Wong Foo” at aged 15.  The film starred no other than RuPaul as a character named Rachel Tensions.

“It was my very first time seeing a female impersonator,” she said on The Project.

“RuPaul came down on that swing in a rebel flag dress and a platinum blonde wig and I said to my mother ‘what is that’?”

The dance teacher joked that her mum explained at the time that their small hometown of Mesquite, Texas wasn’t ready to “talk about this right now.”

Drag may have been a taboo topic in rural areas during the mid 90s but fast forward to 2020 and Alyssa owns and runs Beyond Belief Dance Company in Mesquite - the academy behind Netflix docu-series “Dancing Queen”, produced by RuPaul himself.

But the truth is, Australia is not quite as safe for some as Alyssa may have felt during her eight visits here.

More than 80% of Australian LGBTQ people said they feel worse now than when marriage equality was won in 2017, according to new data.

The Make Love Louder report, commissioned by Absolut, also said community members admit to altering their daily activities out of fear of being discriminated against and that one in four reported hearing negativity about their LGBTQ status every day.

Alyssa’s advice to LGBTQ Aussies that may be struggling is to continue to be yourself and love yourself.

“Stay tuned, because things are getting better and there’s more people like you coming to your TV screens,”  she said hinting that the upcoming “RuPaul’s Drag Race Australia” is going to be as fabulous as it sounds, adding that she would like to see Karen From Finance or wig entrepreneur Vanity on the line up. 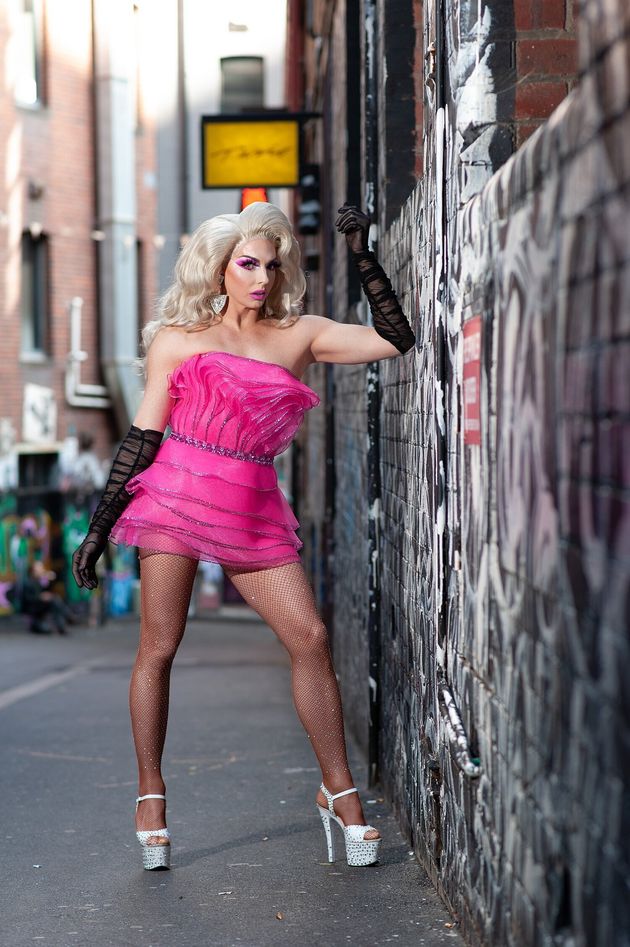 But she assured us her look for the main event will not include back rolls: “I’ll be riding on top of a large boombox dressed as a disco ball.”

Choreographed by Sydney born Ame Delves, W staff and friends will dance their way down Oxford Street for the parade, the 42nd since the protests in 1978, from 7.30pm AEDT Saturday February 29.

You can watch the parade on SBS or stream it live on SBS On Demand from anywhere in the world.

READ:  Art buyer may have snapped up Van Gogh painting worth tens of millions for $60