A good Samaritan is lucky to be alive after he attempted to stop his neighbour’s car from being stolen overnight in Darwin’s north.

A good Samaritan is lucky to be alive after he attempted to stop his neighbour's car from being stolen overnight in Darwin's north.

Rapid Creek residents reported hearing a loud bang at around 11pm, after a 15-year-old girl allegedly broke into a home on Casuarina Drive and stole a white Subaru station wagon.

A 65-year-old man was one of several residents who tried to intervene but sustained serious head injuries and lacerations to his arm after he was pinned between the stolen car and a white Hyundai. 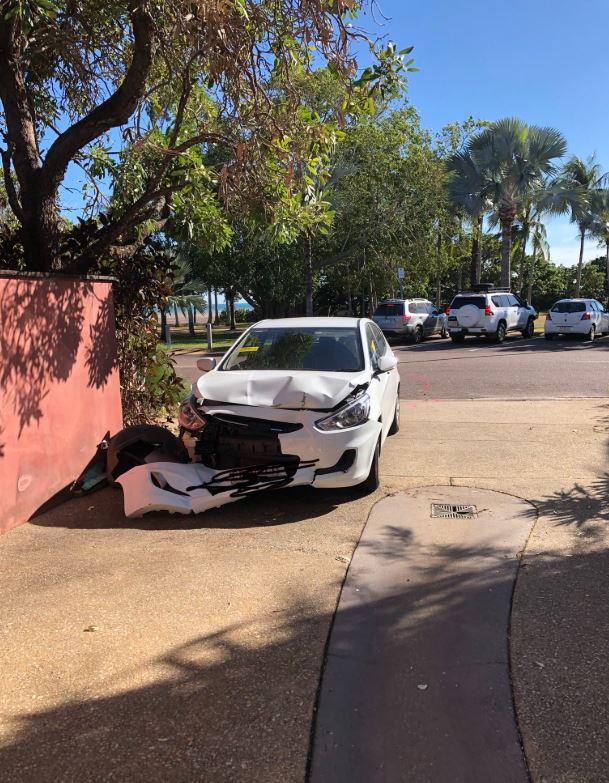 Detective Acting Senior Sergeant Jak Evans said the man is receiving treatment in hospital and is lucky his injuries were not worse.

"Unfortunately she reversed the vehicle and collided with one of the neighbours, causing some crush injuries to his body," he said.

"Luckily for him an off-duty nurse was in the area was able to provide assistance at the scene before St John (paramedics) came and he was conveyed to the Royal Darwin Hospital."

Police say the alleged offender, who was already known to them, was involved in another incident in Malak before she was arrested a short time later in Coolalinga at about 12.40am.

Witnesses took to social media after they saw the car driving at high speed along the Stuart Highway towards Coolalinga.

"The vehicle went from Rapid Creek out to Coolalinga, it had suffered some significant damage to the doors and the bonnet and the rear of the vehicle, I think it would stand out if people did see it on the road," Acting Senior Sergeant Jak Evans said.

READ:  Students to graduate Year 12 this year despite COVID-19 pandemic

"If anyone did {see it} they can contact us to help us try and piece together that part of the investigation."

The 65-year-old is recovering in hospital in a stable condition.