As NSW police officers touched down in a Westpac chopper and made their way sombrely through the charred fields of a property, near Bega on the south coast, things weren't looking good for owner Colin.

The 70-year-old had been reported missing after staying to defend his cattle and home in Lower Towanba from the fire.

Fearing for his welfare, local police - including a police chaplain - were flown in to try to find Colin yesterday afternoon. 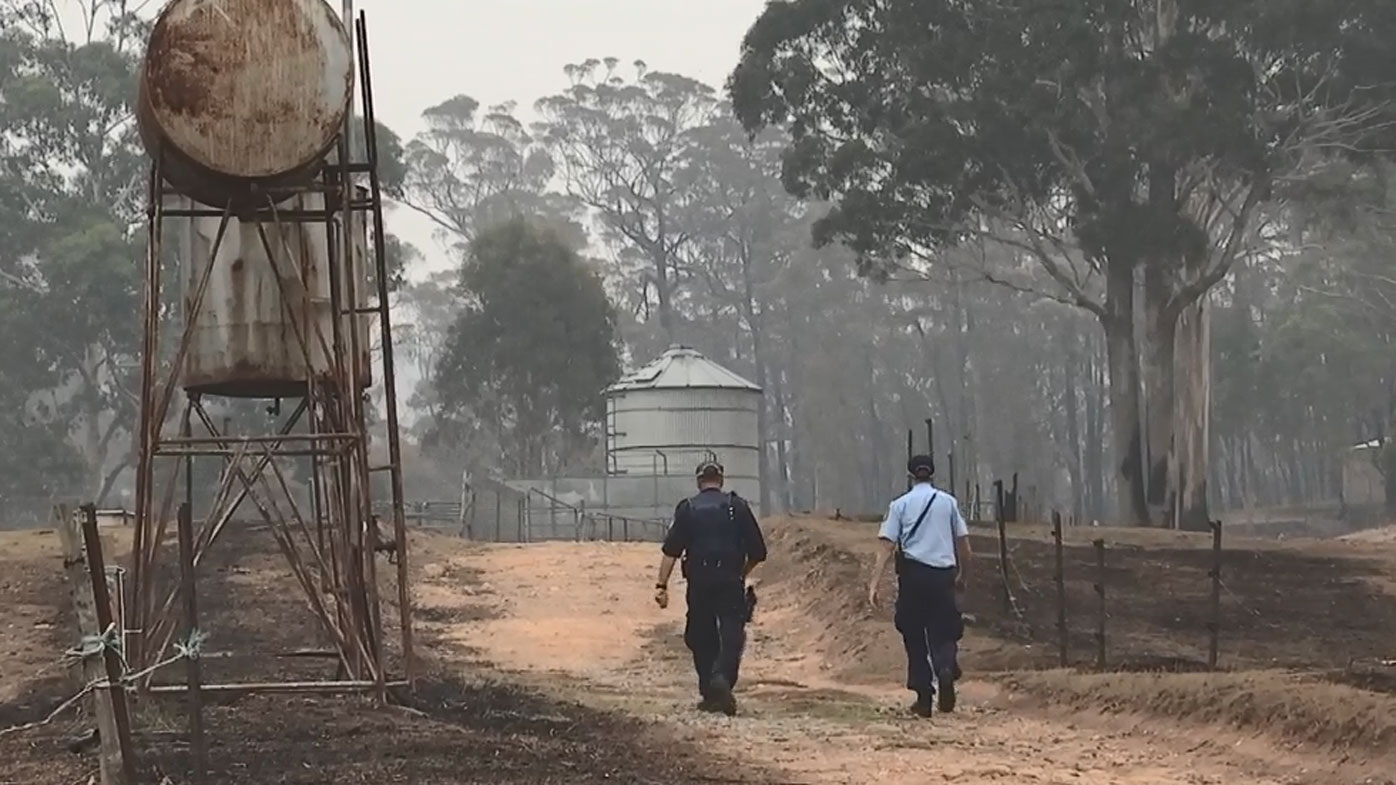 Footage released by NSW Police shows officers grimly walking through burnt paddocks and up to the main homestead.

While the fire had clearly come within metres of the home, the building remained untouched.

But with no answer at the door, officers turned their attention to the property's outbuildings, including a tractor shed which had been reduced to shards of burnt metal and ashes. 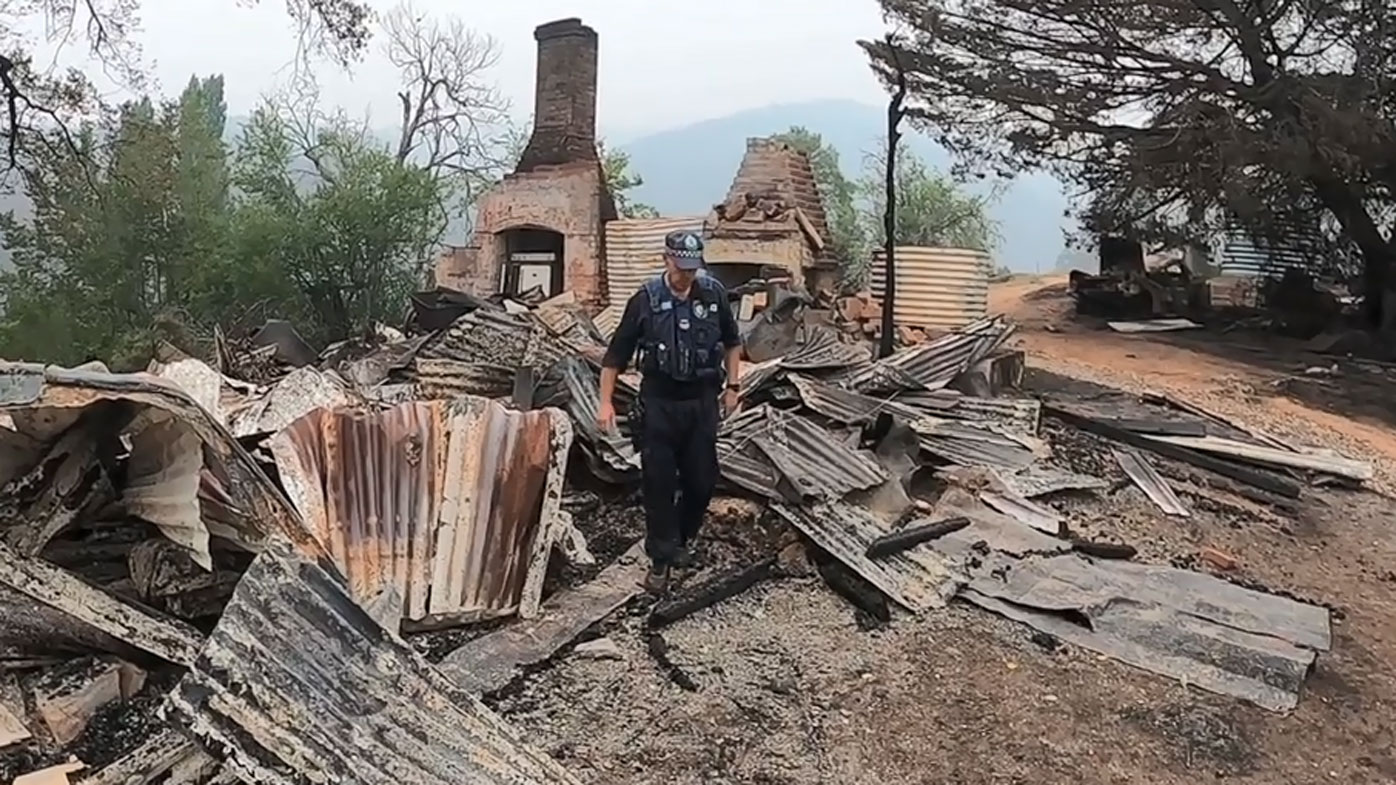 Then came a welcome sight, a white ute approaching. The driver of the ute was Colin, safe and well.

The relief is palpable on the faces of the officers and they are seen in the video chatting and laughing with Colin. 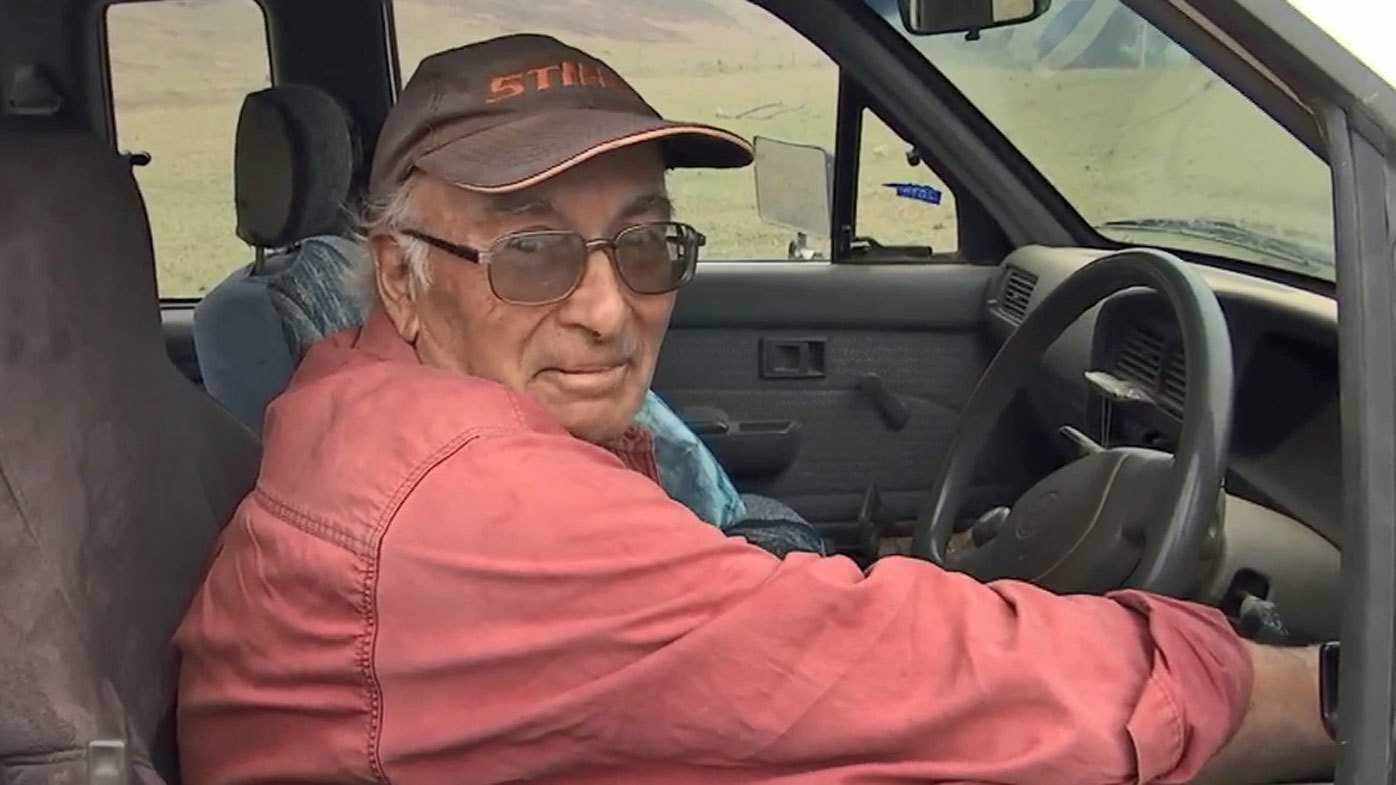 "When we saw that ute coming around the corner and I said 'who are you?' I was hoping you were going to say Colin," one of the officers tells him.

Colin later said that the service provided by the police and Westpac chopper was "beaut".