A man has been tasered in the face during a dramatic arrest in Sydney’s eastern suburbs today.

A man has been tasered in the face during a dramatic arrest in Sydney's eastern suburbs today.

Video shows Kris Lovelock cornered in the bushes behind a row of terraces in Paddington.

"Mate get the f--- back down on the ground now," a NSW Police officer can be heard yelling. 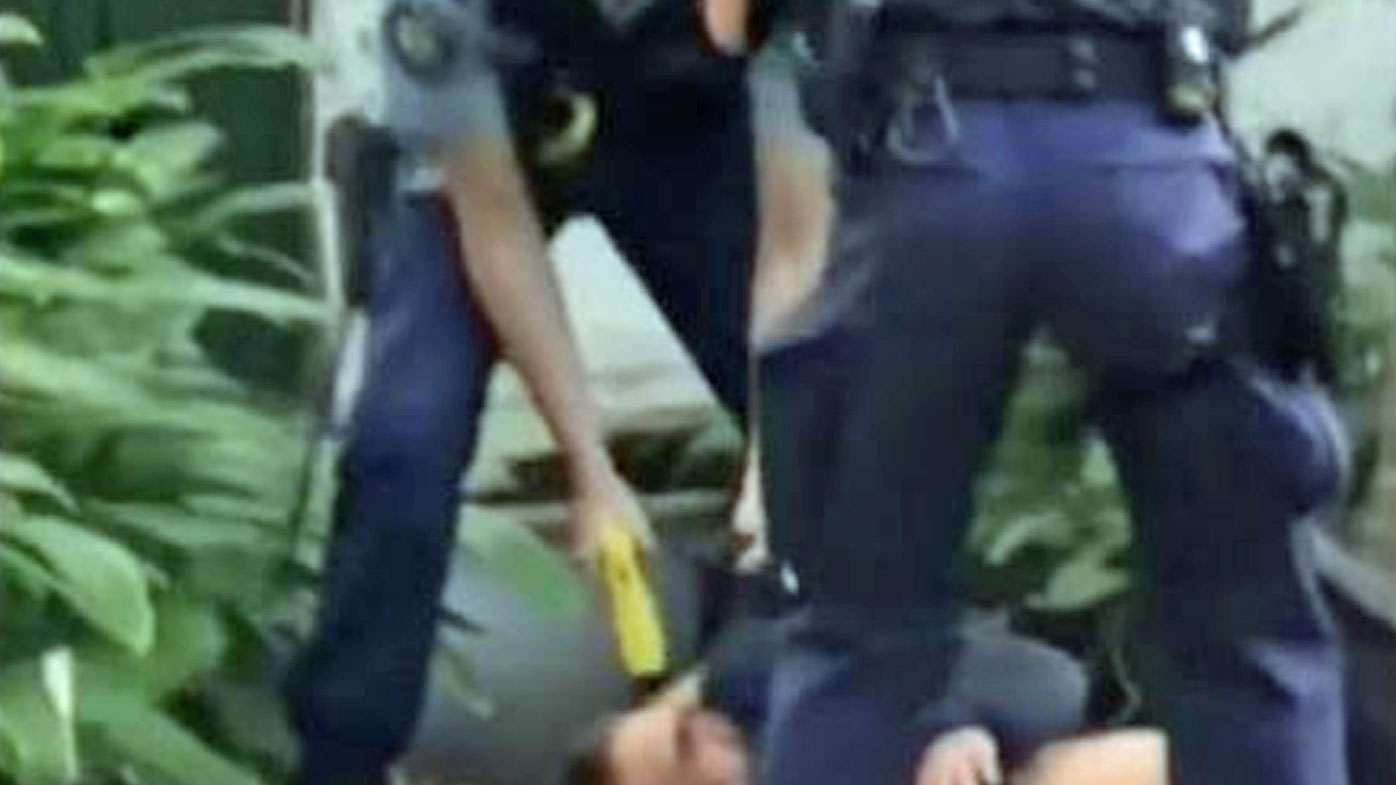 "Get down on the ground."

Mr Lovelock, who is Indigenous, was then tasered by a male police officer in the face at close range.

He was repeatedly tasered in the torso as he lies writhing on the ground.

More police officers rushed to the scene and Mr Lovelock was put in handcuffs.

Mr Lovelock's mother and his girlfriend, Sivan Dovale, said they found out about his arrest after seeing the footage circulating on social media.

"I felt heart broken. I hate Australian police now I don't feel like I can trust them at all," Ms Dovale told 9News.

She said Mr LoveLock ran from police when originally stopped for questioning, but claims it's clear from the video he wasn't resisting arrest.

The 32-year-old is now under police guard in hospital after his arrest.

NSW Police said in a statement: "officers from Surry Hills Police Area Command were conducting proactive patrols when they noticed a man and a woman walking on Oxford Street."

The woman is yet to be spoken to. Inquiries are continuing.