A Utah man has been rescued from the Alaskan wilderness, approximately three weeks after a fire burned his home to the ground, killed his dog and left him without much food, clothing or shelter.

A Utah man has been rescued from the Alaskan wilderness, approximately three weeks after a fire burned his home to the ground, killed his dog and left him without much food, clothing or shelter.

Tyson Steele, 30, was found among the rubble of his remote homestead in the Susitna Valley last week, after friends asked authorities to perform a welfare check after not hearing from him.

In aerial footage shared by the troopers, Mr Steele steps out among the snow-covered remains of his home, waving to the troopers in a helicopter, a large "SOS" carved out of the snow behind him. 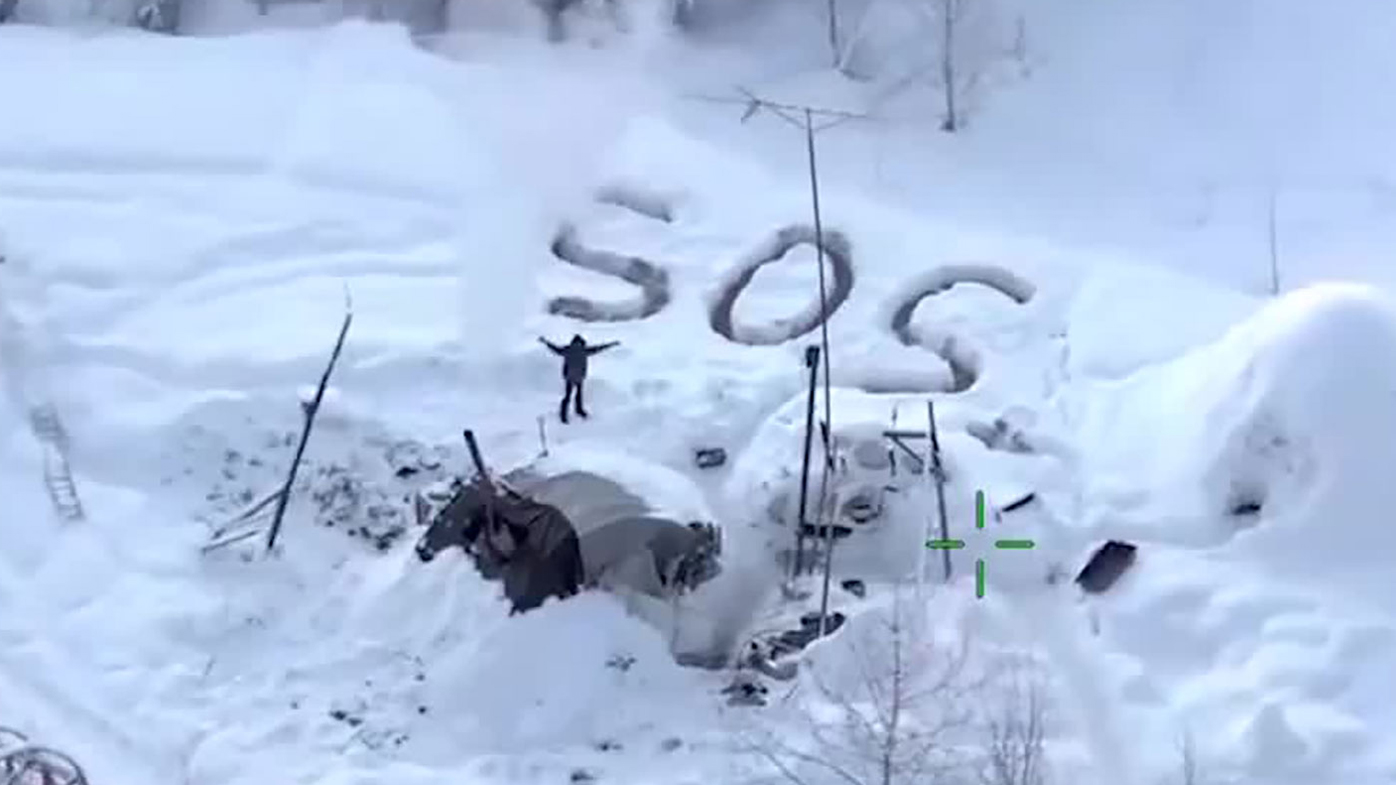 "Everything that I owned was consolidated in that cabin," Mr Steele told troopers.

In the weeks after the fire, Mr Steele said he survived on the remnants of canned rations and peanut butter, sleeping in a snow cave and makeshift shelter that he built around his wood stove.

Fire took almost everything - including his dog

Mr Steele had been living on his homestead, about 32 kilometres from Skwentna, since September. He described his home as a Quonset hut - a lightweight frame, covered in plastic tarps - that he bought from a Vietnam veteran.

He admitted to the troopers that the fire resulted from a "hasty" mistake. 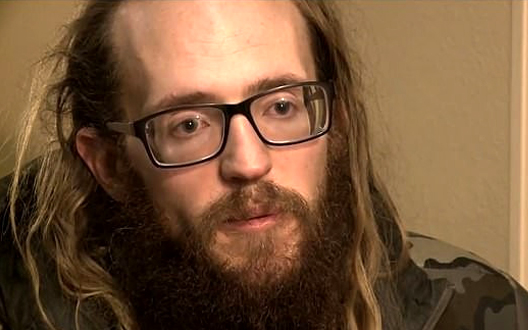 In a hurry to get a fire started, he stuck a large piece of cardboard into his wood stove. He believes a piece of the flaming cardboard went out the chimney and landed on the roof.

Mr Steele woke up in the middle of the night on either December 17 or 18 - he couldn't recall the exact date, troopers said - and heard melting plastic coming from the roof. After Mr Steele stepped outside, he said, "I just see that the whole roof's on fire."

He started grabbing everything he could, including blankets and a rifle but his real priority was his six-year-old chocolate lab, Phil.

He ordered Phil outside, and when he jumped off the bed, Mr Steele assumed he'd left the house.

But when Mr Steele went outside, he heard Phil howling inside.

"I was hysterical ... I have no words for what sorrow. It was just, just a scream," Mr Steele said.

"Just a visceral - not angry, not sad, just like, that's all I could express - just scream." 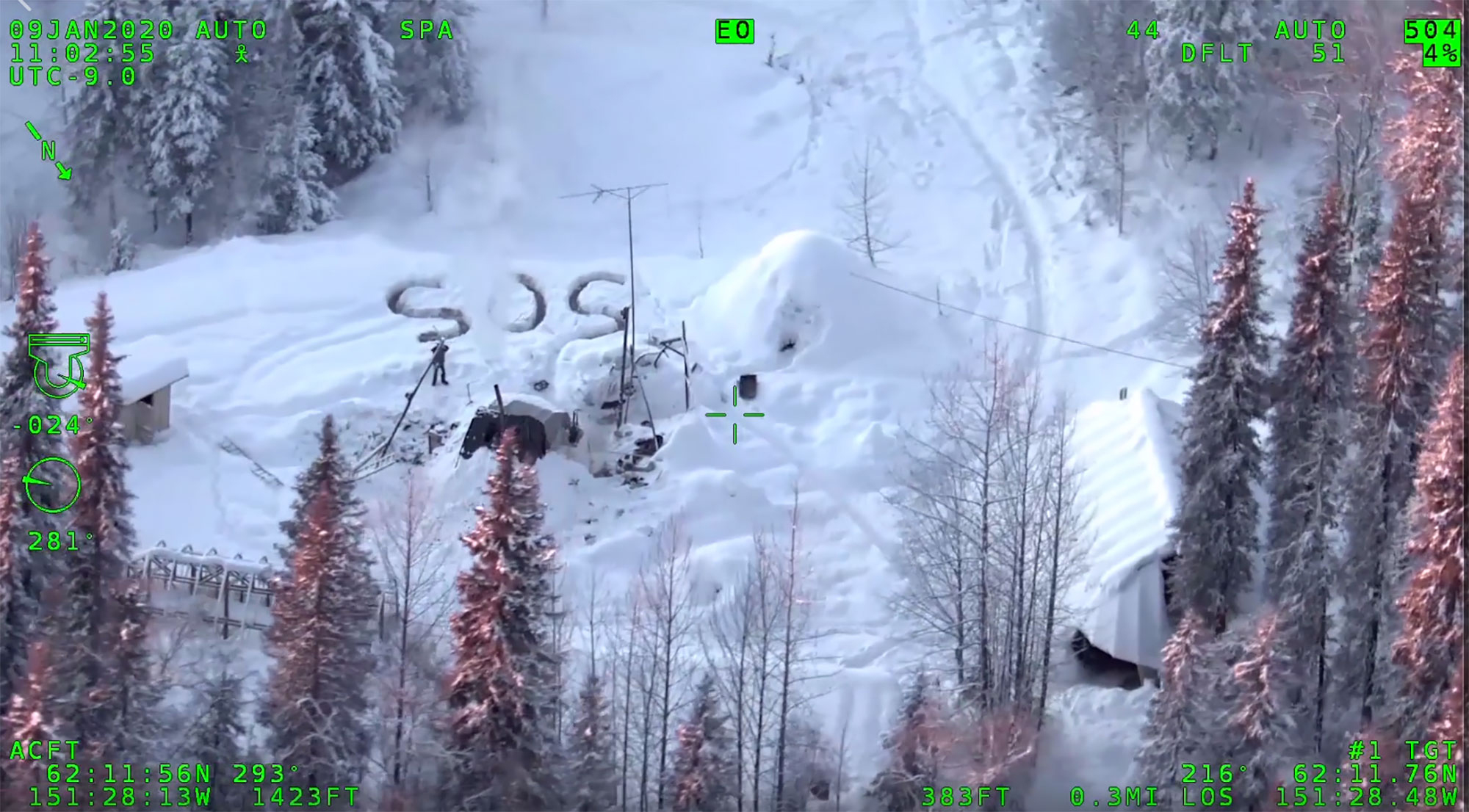 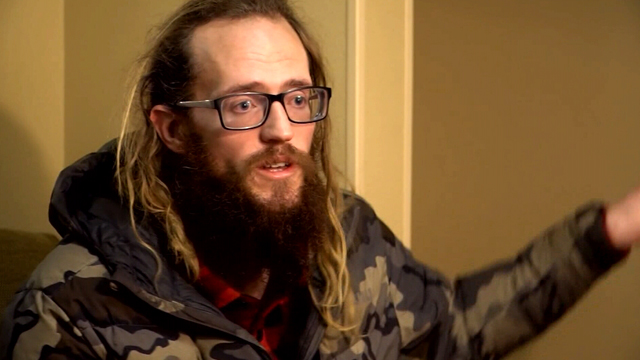 SOS in the snow

Mr Steele didn't have much time to mourn. He needed a survival plan.

He didn't know enough about the surrounding area, including which of the many waterways in the area would be frozen over enough to cross.

He gathered the food that survived the fire - canned goods, some beans and peanut butter, and figured he had enough food to have two cans a day for a month. But a lot of the food had popped open in the heat of the blaze, he said.

Mr Steele had a "crappy" phone that he'd been using to check in with friends and family, but authorities said it was lost in the fire.

So he hoped someone would call for a welfare check after they hadn't heard from him. If someone hadn't come by Day 35, he'd set out.

In the meantime, Mr Steele slept in a snow cave before building a better shelter, using tarps and scrap lumber. He made an SOS signal in the snow, tracing it with the ash from the fire to make it stand out, he said.

It was so cold, he said, that his urine would freeze in a bucket by the fire after just a few minutes.

Finally, about 20 days after the fire, Mr Steele saw the Alaska State Troopers' helicopter above him.

Pilot Cliff Gilliland and Tactical Flight Officer Trooper Zac Johnson rescued him. They got him a shower and brought him a meal from McDonald's.

Mr Steele is planning on going home to Salt Lake City, where his family lives.