A male suspect stabbed and wounded a police officer before he was shot dead in Glasgow earlier today.

A male suspect stabbed and wounded a police officer before he was shot dead in Glasgow earlier today.

Authorities are not treating the incident that left five other men wounded as terrorism, Scottish First Minister Nicola Sturgeon said.

The suspect died at a Glasgow hotel that appeared to be largely housing asylum-seekers and refugees. 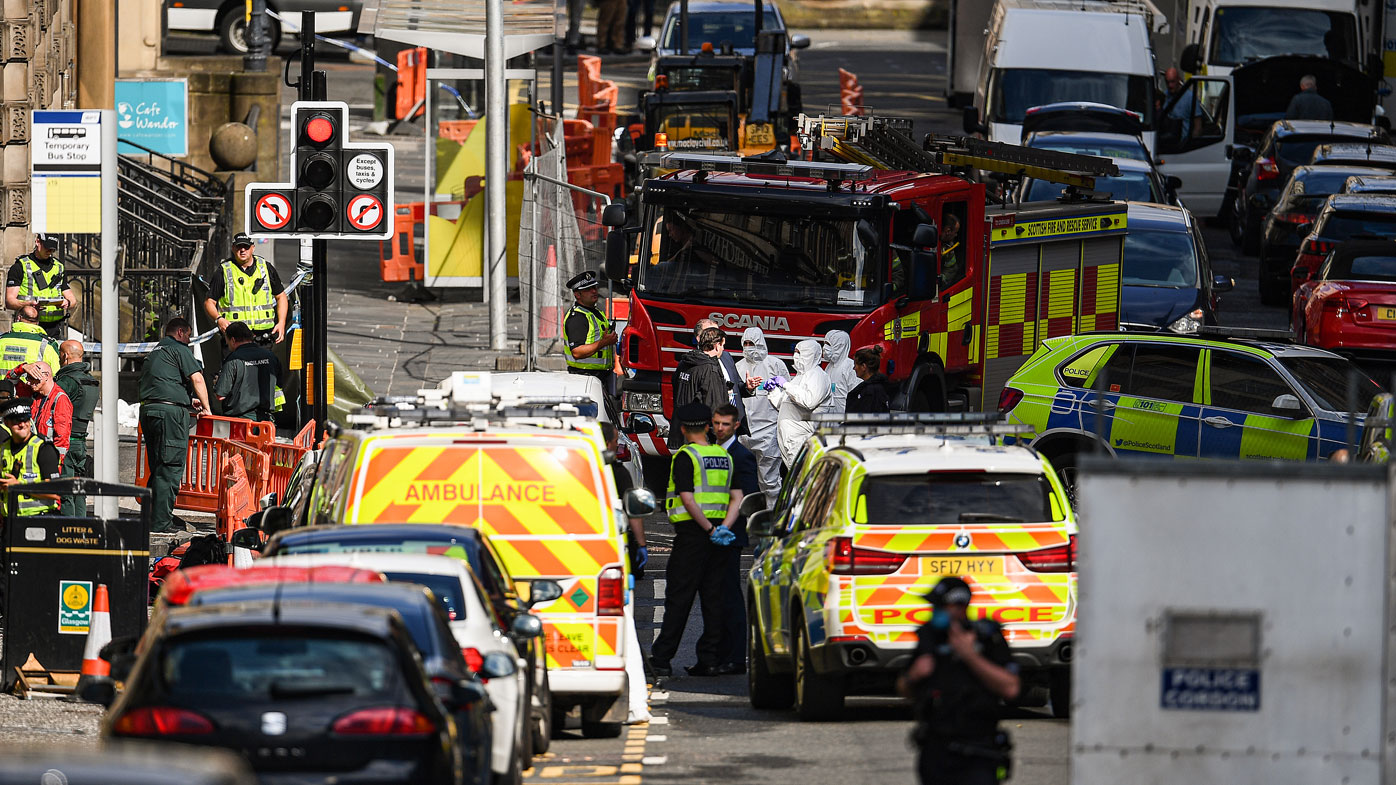 The 42-year-old police officer stabbed during the incident at the Park Inn Hotel was in a critical but stable condition.

Five men between the ages of 17 and 53 also were hospitalised.

"It's been a dreadful afternoon for the city of Glasgow," Ms Sturgeon said.

She said police are still investigating and she urged the public to avoid speculation.

"The police have just confirmed that at this stage they are not treating this as a terrorist incident," Ms Sturgeon said. '

"But of course, there are still details yet to be determined."

Ms Sturgeon said she had spoken with British Prime Minister Boris Johnson, who expressed his concern and sympathies.

"It's been a dreadful afternoon for the city of Glasgow," she said.

"Clearly there is already much speculation around this incident, which remains under investigation."

Steve Johnson, assistant chief constable at Police Scotland, said officers were on the scene within two minutes of reports of an incident at 12.50 pm, and that armed police arrived shortly afterwards. 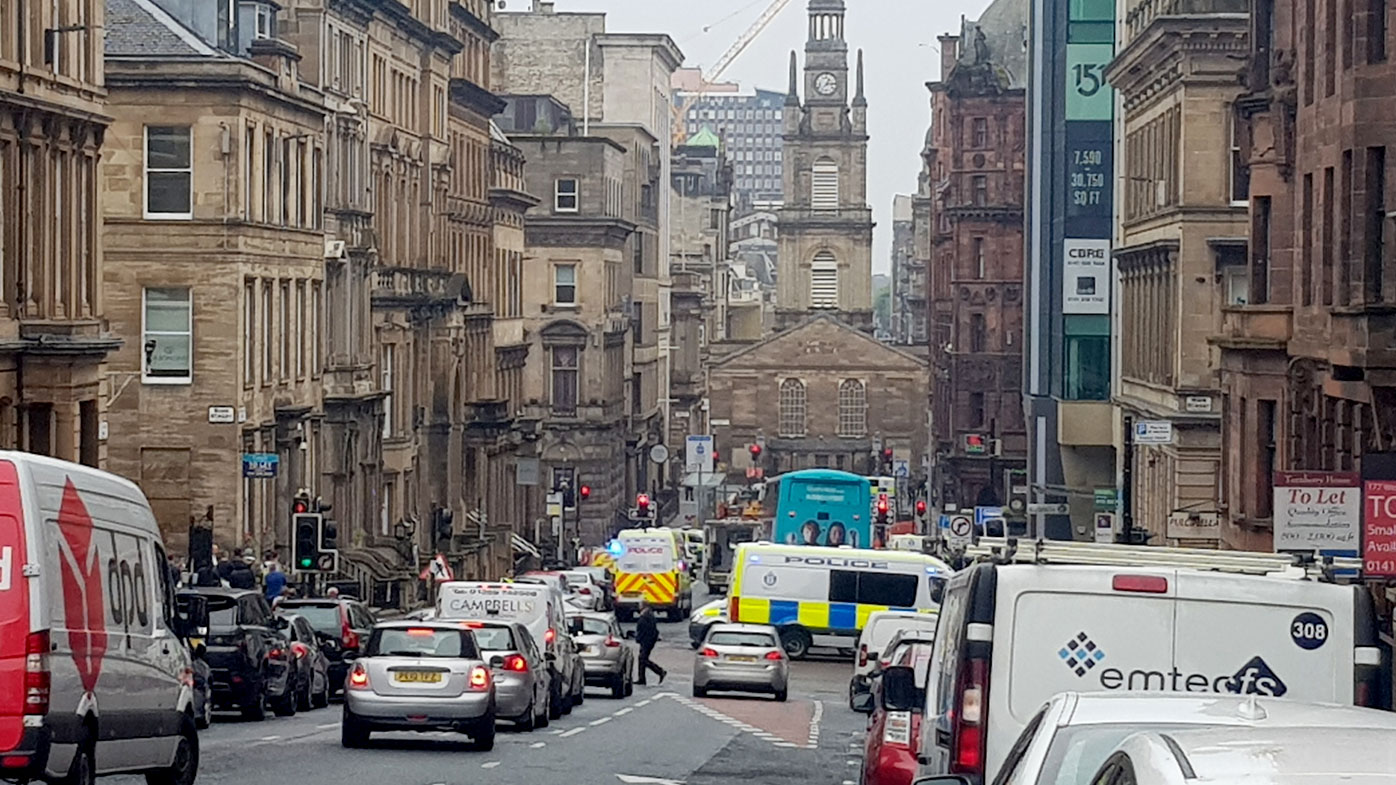 "The incident was quickly contained," he said.

Police weren't searching for anyone else.

The Scottish Police Federation, which represents the large majority of Scottish police officers, said it has notified the family of the injured officer.

Craig Milroy, who witnessed the aftermath from a nearby office building, said he saw four people taken away in ambulances.

"I saw a man lying on the ground, of African descent, with no shoes on," Mr Milroy said.

"He was on the ground with someone holding his side. I don't know if it was a bullet wound, a stab wound, or what it was."

Mr Milroy said the man was one of the four taken away by paramedics and believed him to be a victim.

"We were still standing outside. After that the police all came down, the riot police and triage team told us to go back in and lock the door," he said.

A spokeswoman for campaign group Positive Action In Housing said the 91-room hotel was housing asylum seekers for the Mears Group, a housing and social care provider. which moved them there during the coronavirus lockdown.

Ms Sturgeon urged people to avoid speculation, "to not share potentially harmful or upsetting material on social media and to follow police advice while investigations are underway."