Police are appealing for witnesses after the body of a 44-year-old man was found inside a Queensland home with signs he had been there for weeks.

Police are appealing for witnesses after the body of a 44-year-old man was found inside a Queensland home with signs he had been there for weeks.

The body of Fernando Farias was discovered on Wednesday by police who stopped by his Cooloola Cove home, near Gympie, for a welfare check.

Officers said there was evident fire damage at the house on Atlantis Avenue.

"It's an unexplained death, given the level of decomposition of the body and some fire damage at the house there are a number of things that are left unexplained," Detective Acting Inspector Wade Lee said.

"We just want to understand the life patterns of the deceased." 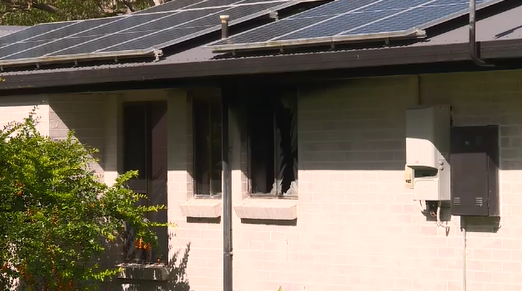 Insp. Lee said Mr Farias's body was not located near where the fire was started.

"But in saying that, the fire damage was around the body," Insp Lee said.

Insp. Lee said police could not reveal what injuries Mr Farias had suffered and officers were trying to piece together a timeline of when the fire was lit.

Police say it was possible Mr Farias had been there for a number of weeks and are appealing to anyone with information to come forward.

"He has got a number of relatives, we're still attempting to establish his exact family picture," Insp. Lee said.

Mr Farias was last seen driving a black Toyota Hilux single-cab utility in Brisbane on or around April 24.

Authorities believe his trip to Brisbane, 250 kilometres from Cooloola Cove, could be linked to his demise.

Police have released an image of Mr Farias and are requesting any members of the public who may have seen him on or around April 24 in Brisbane to contact them.