A man seen riding a jet ski through floodwaters in Tuggerah, on the NSW Central Coast, has called it “harmless fun” as NSW Police Minister demands an investigation.

A man who was seen riding a jet ski through floodwaters in Tuggerah, on the NSW Central Coast, has defended his behaviour, calling it "harmless fun".

Josh Partridge told 9News he didn't push the limits by taking his jet ski through the McDonalds drive through and "didn't hurt anyone".

"I was probably going to push it going through the drive through, so I thought I better not," Mr Partridge said. 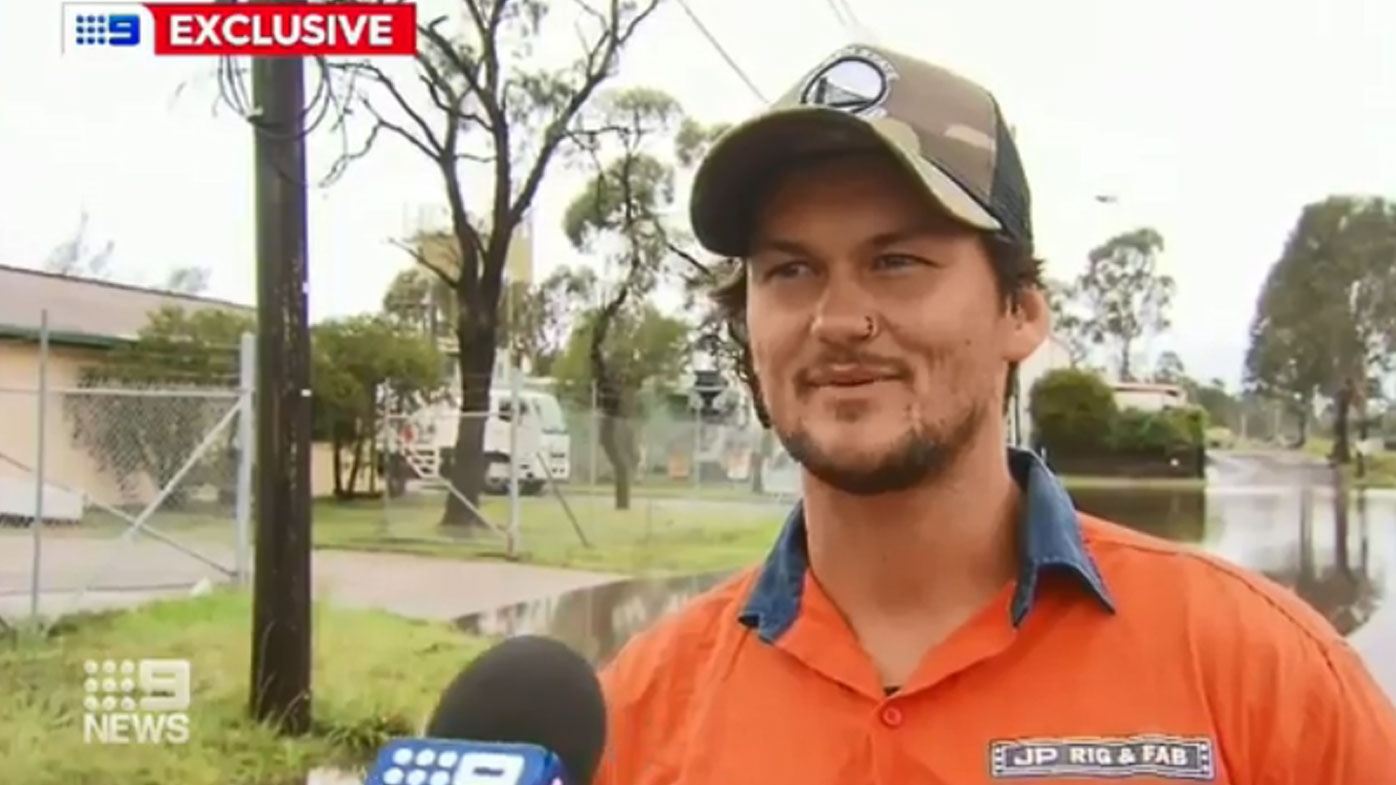 "So it was harmless fun, we didn't hurt anyone. "

However, the NSW Police Minister has demanded an investigation into the matter, labelling the stunt "boofhead behaviour".

New South Wales Minister for Police and Emergency Services, David Elliot, said he has asked police to investigate the footage.

"With this sort of boofhead behaviour, we're not going to tolerate it as far as the police are concerned," he said. 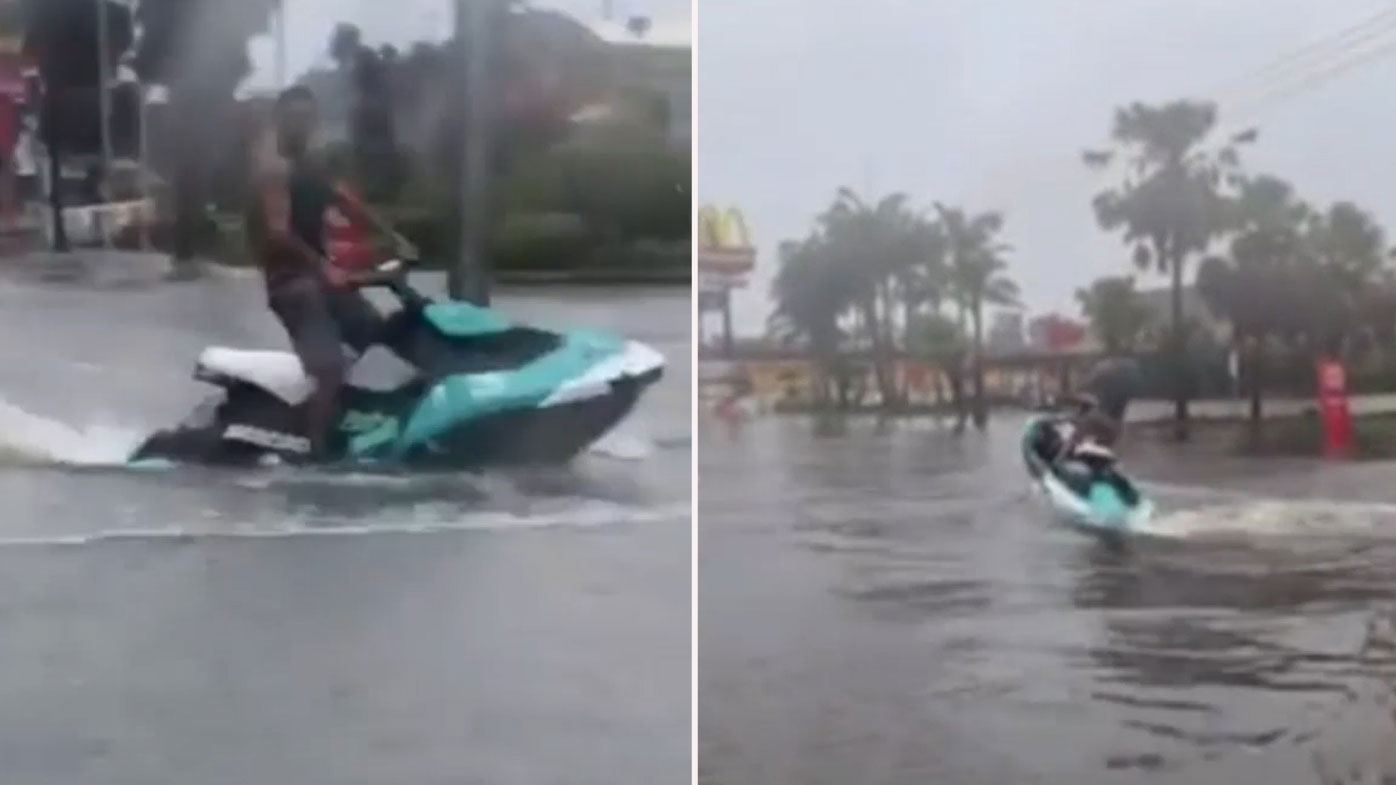 "We have emergency services deployed during a difficult job under difficult circumstances, and for them to have divert their resources because people want to hand it out at a time when families are at home worrying about their well-being, and certainly the families of the emergency services workers are worried about their well-being, it's just not good enough."

The video shows Mr Partridge zooming past a McDonalds and riding up and down the main strip, wearing just a singlet.

Mr Patridge hopes he won't be in trouble with the authorities on a technicality.

"I feel like there might be a touch of a grey area as I wasn't actually on the road but I don't know, we'll see. We'll see what happens," he told 9News. 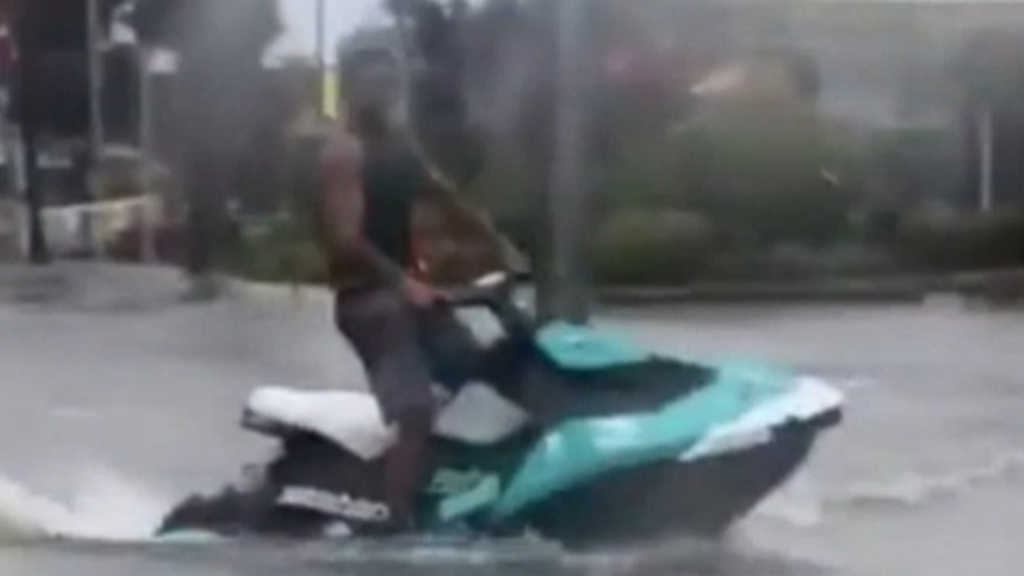 In Manly, another man has taken advantage of the flooded streets by taking his stand-up paddle board for a ride.

Wearing just a pair of budgie smugglers, he pushes himself down the street on his board.

The last 24 hours have brought more than 100mm of rain to many parts of the state including areas around the Central Coast and Sydney's Northern Beaches.

Kincumber received 124mm since 9am yesterday while Avoca copped more than 140mm overnight. 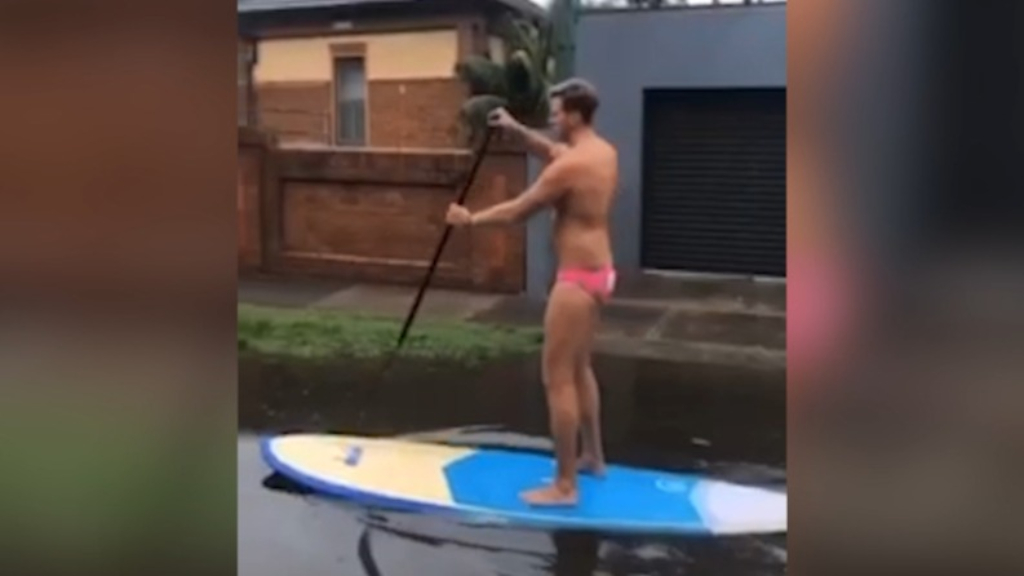 It comes as the SES issued a fresh warning to motorists after rescuers came to the aid of 13 cars which became stuck trying to drive through floodwaters on the NSW Central Coast.

The SES warning comes as the Bureau of Meteorology forecast more wild weather and flooding across NSW on Saturday.

"There's always an alternative route - never drive through floodwaters," NSW SES spokesperson Terri Langenemdam said, after the 13 carloads of people had to be rescued in the Gosford and Wyong areas overnight.

"There's also a reminder to keep kids away from creeks, drains and causeways."