Man arrested and released without charge following a crash which sent a car and caravan up in flames and an elderly couple airlifted to hospital.

A man has been arrested and released without charge after a crash which sent an elderly couple off the road and caused their car and caravan to explode in a fiery blaze.

The 37-year-old man handed himself into police this morning following the Mansfield collision.

Officers are investigating if a black Toyota LandCruiser towing a bright green ski boat on a black trailer overtook the couple's silver Subaru Forester towing a caravan on Mansfield-Woods Point Road about 11.15am yesterday. 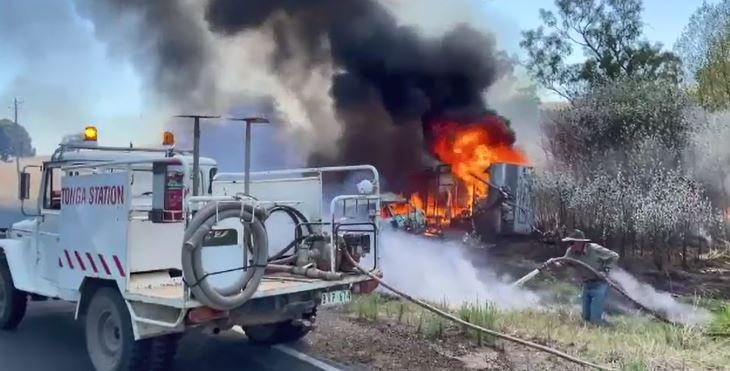 It is believed the driver of the Toyota clipped the Subaru, forcing the couple off the road when their vehicle and caravan then burst into flames.

The man is in hospital in a serious condition while the woman is stable.

Local farmer Scott Purcell saw the flames and rushed to help on his quad bike. 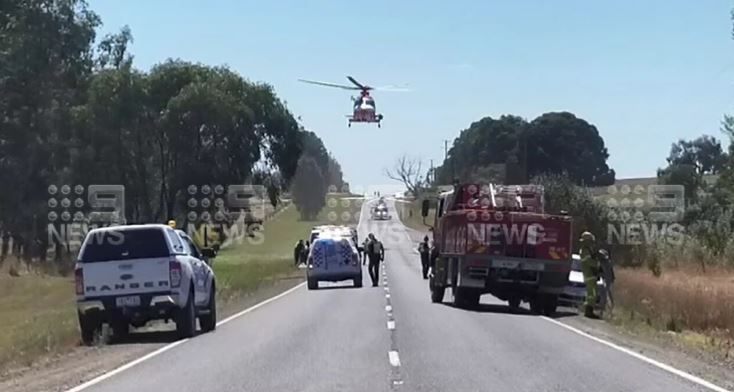 "It was like a big flame thrower, it was pretty hectic," he said of the scene.

Mr Purcell said the man had a large gash on his head and was complaining about back pain while his wife had cuts on her hands and sore ribs.

Investigators are also appealing for anyone with dashcam footage or any other information to contact Crime Stoppers on 1800 333 000 or submit a confidential report at www.crimestoppersvic.com.au