The man was wearing a T-shirt, thongs and footy shorts when he was filmed approaching commuters and coughing at them.

Commuters at Brisbane Airport have been coughed at and mocked in a coronavirus-fuelled racist attack.

A man wearing a T-shirt, thongs and footy shorts was filmed approaching a group of women in the pick-up zone outside the domestic terminal yesterday.

"Are you from Wuhan?" he asks. 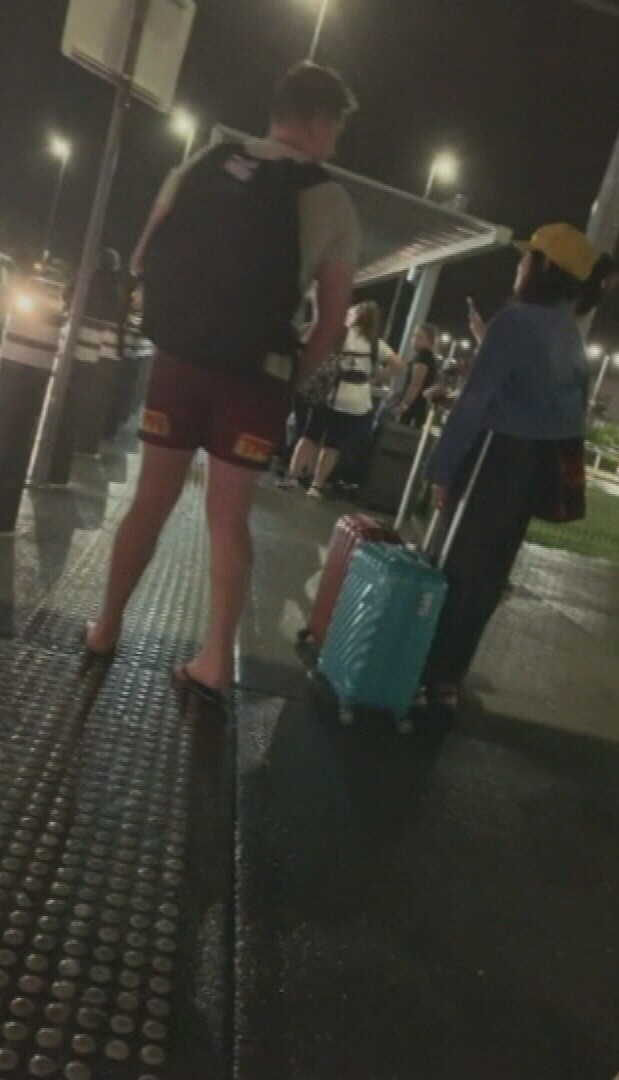 The man then repeated his question to a second group of women before moving out of earshot.

The video was posted to Reddit this morning, where the man was criticised by users for being "xenophobic" and an "embarrassment".

"What a complete trash bag. This sort of s--- gets passed off as 'just a joke' all the time," one user wrote.

"Hope he finds he's got no toilet paper when he gets home," another wrote.

Chinese Australians have been the victim of paranoia-fuelled racism as a result of the COVID-19 outbreak.

Both Prime Minister Scott Morrison and opposition leader Anthony Albanese have urged Australians to speak out against racism and support the Chinese-Australian community.

Medical authorities have been at pains to remind Australians that it is people who have been to a virus epicentre, such as mainland China or Iran, or who have been in close contact with a confirmed case of coronavirus that is at risk of getting the virus - not people of Chinese background.