Al Wolf is used to clearing one or two snakes from under houses but not this many.

Al Wolf is used to clearing one or two snakes from under houses but recently was called by a woman who said she had seen rattlesnakes scurry under her Northern California house and was surprised to find more than 90 rattlesnakes getting ready to hibernate.

Mr Wolf, director of Sonoma County Reptile Rescue, said he crawled under the mountainside home in Santa Rosa and found a rattlesnake right away, then another and another.

He got out from under the house, grabbed two buckets, put on long, safety gloves, and went back in. He crawled on his hands, knees and stomach, tipping over more than 200 small rocks. 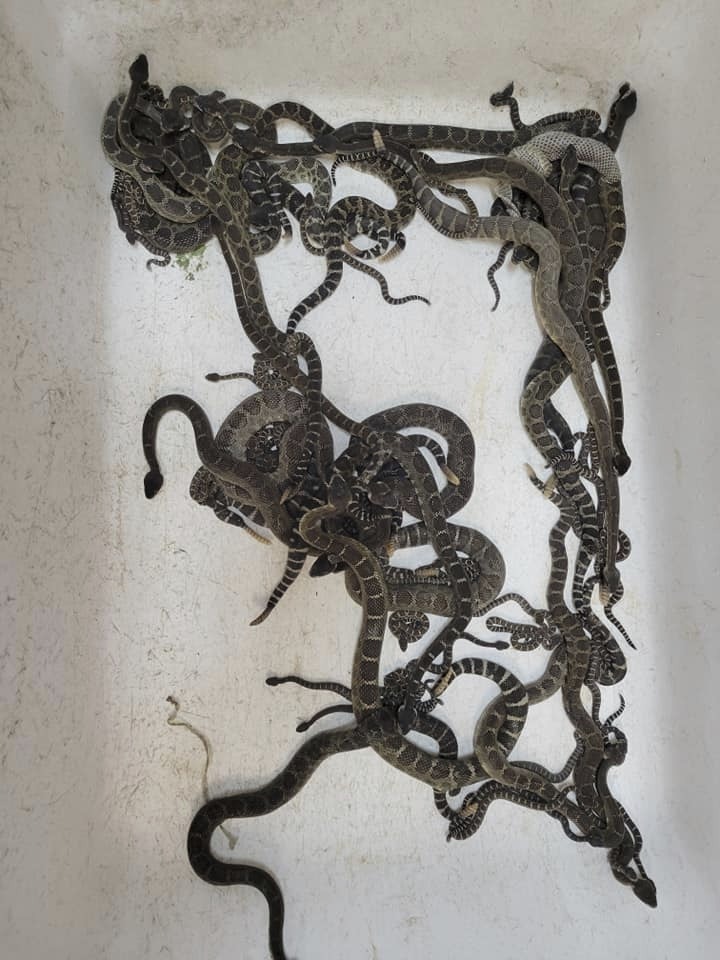 “I thought ‘oh, good, it was a worthwhile call’ but I was happy to get out because it’s not nice, you run into spider webs and dirt and it smells crappy and it’s musty and you’re on your belly and you’re dirty. I mean it was work.”

But the work paid off. He used a 60 centimetre snake pole to remove 22 adult rattlesnakes and 59 babies when he first visited the home in the Mayacamas Mountains on October 2.

He returned another two times since and collected 11 more snakes. He also found a dead cat and dead possum.

READ MORE: Why experts are seeing an explosion of fat, venomous snakes 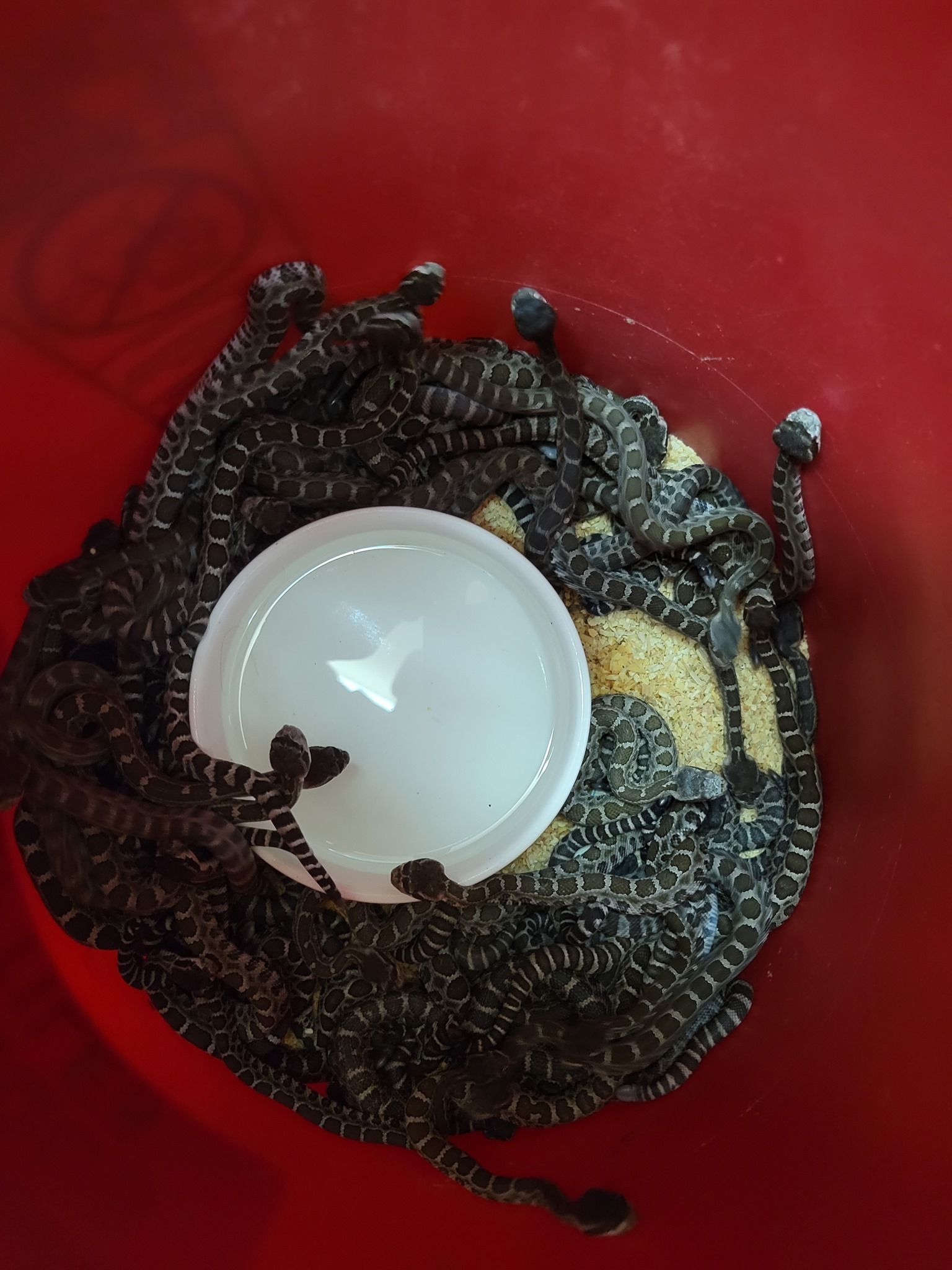 All the snakes were Northern Pacific rattlesnakes, the only venomous snake found in Northern California, he said.

Mr Wolf, who has been rescuing snakes for 32 years and has been bitten 13 times, said he responds to calls about snakes under homes in 17 counties and has seen dozens of them in one place in the wild but never under a home.

He said he releases the rattlesnakes in the wild away from people and sometimes in private land when ranchers request them for pest control.

Mr Wolf said there are plans to return to the house again before the end of the month to see if any more snakes arrived.

“We know it’s a den site already because of the babies, and the amount of females I found,” he said.

Rattlesnakes usually hibernate from October to April and look for rocks to hide under and warm places and will return to the same place year after year.

The homeowners didn’t remove any rocks when they built the house, making it an attractive place for the reptiles, Mr Wolf said.

“The snakes found the house to be a great place for them because the rocks give them protection but the house, too, gives them protection from being wet during the winter so, it's double insulation for them,” he said.