A surfer shouted out a warning to his mates moments before he was fatally bitten by a shark off the NSW coast.

A surfer shouted out a warning to his mates moments before he was fatally bitten by a shark off the NSW coast.

The tourist in his 50s was surfing with three friends at Tuncurry Beach in Forster just after 11am when he was attacked.

He was bitten in the leg by what is believed to be a great white shark. 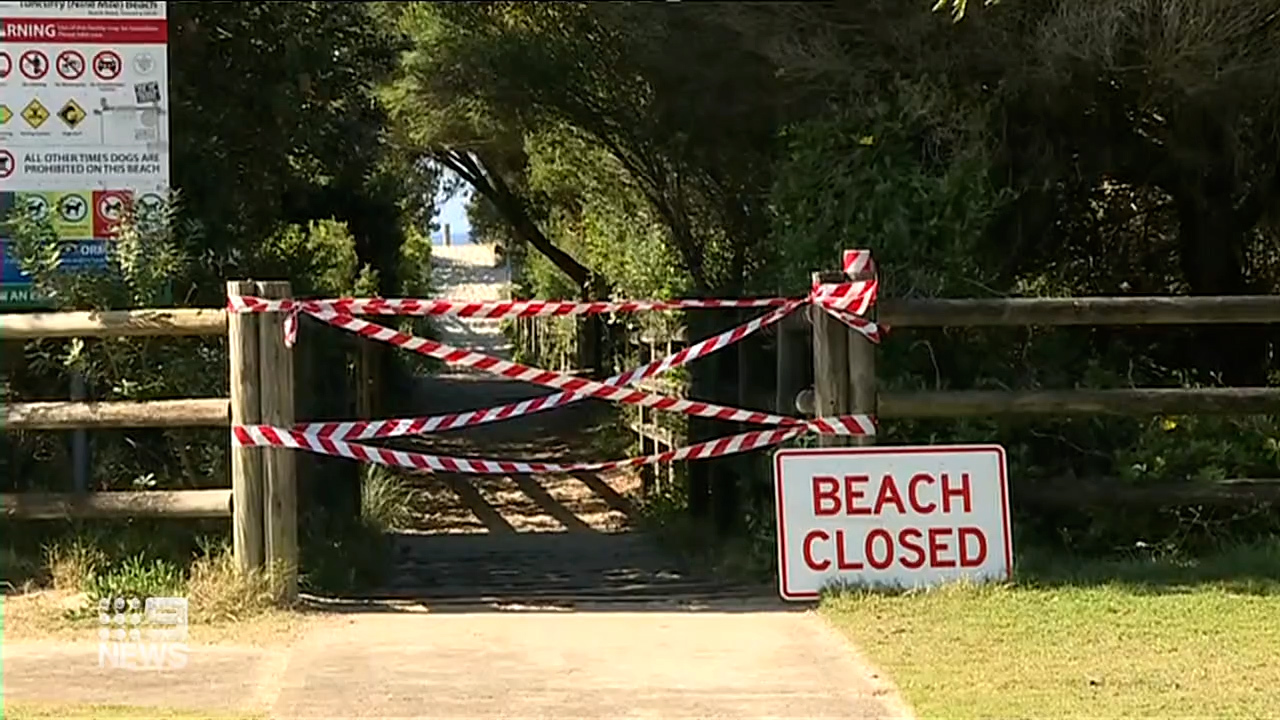 "When the attack occurred he did actually see the shark and called out to try and warn others," Police Superintendent Christopher Schilt said.

His friends brought him back to shore, but he went into cardiac arrest due to blood loss.

A retired paramedic who was on the beach began performing CPR until emergency services arrived.

"They lifted him up. They were probably in about waist-deep water, and he had horrific injuries," witness Michael Guest said.

"I really feel for those guys. They worked their backsides off to try and revive him."

A helicopter arrived on scene to transport him to hospital, but he died on the beach.

"Despite the best efforts of paramedics and bystanders at the scene, the man could not be resuscitated," NSW Ambulance said in a tweet.

Authorities have closed Tuncurry Beach and Forster Main Beach, and are working on identifying the species of the shark involved.

Two great white sharks, one measuring 4.5 metres, have been spotted in the waters off the beach this afternoon, and are believed to have been involved in the attack.

READ:  These Cat TikToks Are Just What We Need Right Meow During Social Isolation
https://twitter.com/WesternWilson9/status/1394526466709147654?ref_src=twsrc%5Etfw

NSW Ambulance Inspector Joshua Smyth praised the actions of others who had been on the beach.

"Bystanders, including a retired paramedic, did a valiant job pulling the patient from the water and commencing CPR before paramedics arrived," he said.

"These people should be commended for their brave actions." 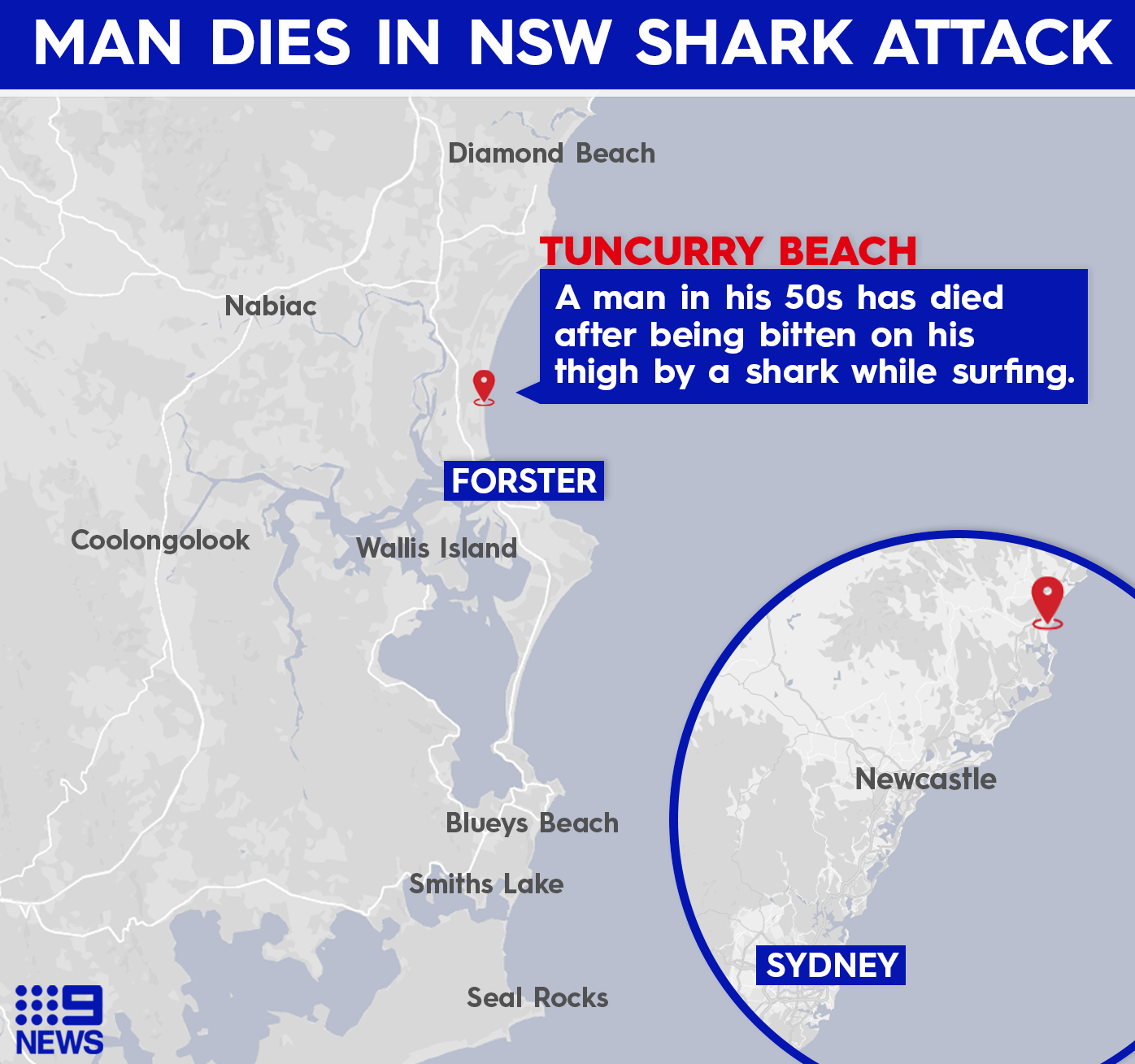 Locals told 9News sharks had been common in the waters in recent months, attracted by schools of baitfish.

It's understood the victim was from out of the area and was visiting on holidays.