A man involved in the ram raid of luxury fashion store Louis Vuitton in Brisbane’s CBD has been jailed.

A man involved in the ram raid of luxury fashion store Louis Vuitton in Brisbane's CBD has been jailed.

At around 5am on February 13, a stolen BMW was seen by witnesses reversing, mounting the curb and ramming into the high end store's security.

Two men were then seen piling designer bags into the back of the car before taking off. 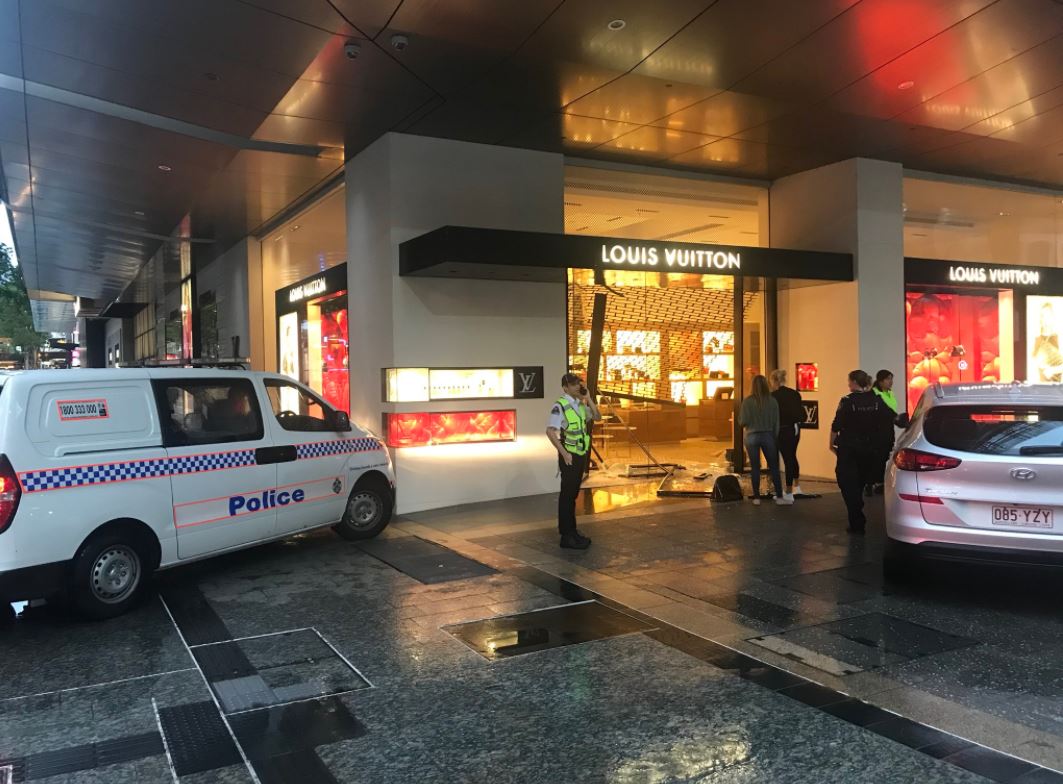 The car was later discovered at Browns Plains, abandoned and torched, with the court hearing the SUV was uninsured.

The high-end shopfront was left with extensive damage, and the stolen stock - including more than $46,000 worth of designer handbags - has never been recovered.

However, that paled in comparison to the total damage bill to the store, which reached almost $104,000.

Today one of the men responsible, Robert Wayne Ninyette, pleaded guilty to a string of serious charges including two counts of unlawful use of a motor vehicle and attempted fraud.

The court heard the 30-year-old had been on a three-day crime spree across south-east Queensland in the days leading up to the burglary, and it was his co-accused who was caught trying to sell the stolen bags that led police to Ninyette.

The Perth father-of-two has an extensive criminal history.

With time served, Ninyette be released from prison in May.