A man with a metal detector has unearthed four historical submachine guns buried at a lakeside reserve in regional Victoria.

A man with a metal detector has unearthed four historical submachine guns buried at a lakeside reserve in regional Victoria.

The resident was metal detecting with his daughters yesterday about 12.30pm at Ebden Reserve in Lake Hume, south-east of Albury-Wodonga, when they made the incredible discovery.

The Thompson submachine guns were believed to be used in World War II. The weapons were commonly known for their use in the US during the prohibition era. 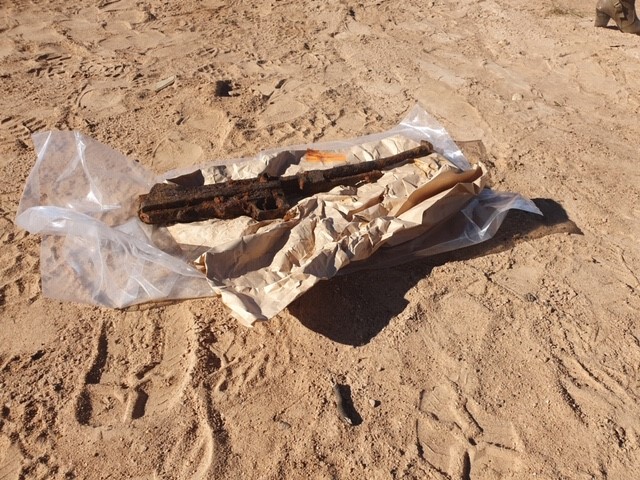 Wodonga Police Detective Sergeant Graeme Simpfendorfer said it was "hard to say" how the guns ended up at the reserve.

"What we believe at this stage is the firearms are Thompson submachine guns from the post-World War II era," he said.

"They're significantly old and would be of great military significance I would imagine.

"Whether they've just been dumped here way back when, who knows but we'll work with some historians to identify the trace of these weapons and how they came to be here."

The guns have always been illegal for purchase in Australia.

The discovery remains under investigation, local officers working with both the Military Police and the Military Museum to gain further information.

It has not been decided where the guns will reside.