A man who died trying to save his son and niece from a dangerous rip at a beach near Wollongong has been identified as Stephen Mote.

A man who died trying to save his son and niece from a dangerous rip at a beach near Wollongong has been identified as Stephen Mote.

The father-of-four and stepfather-of-five was swept out to sea late yesterday with family members, just 40 minutes after lifeguards went off duty.

Emergency crews were called to Woonona Beach off Kulburra Road, in Wollongong's north, at about 5.40pm to help rescue eight people caught in a rip.

The children had been playing with family and friends when they were swept off rocks by a large wave. The six adults who were a part of their group all rushed into the ocean in a bid to save them.

Surf Life Saving NSW put out a call to lifeguards at the nearby Bulli Beach to assist.

They raced to the scene, bringing an all-terrain vehicle (ATV) and a jet ski from nearby Thirroul Beach in addition to two ambulance rescue helicopters.

The children were all pulled to safety but by the time they reached 41-year-old Mr Mote, he was unconscious. 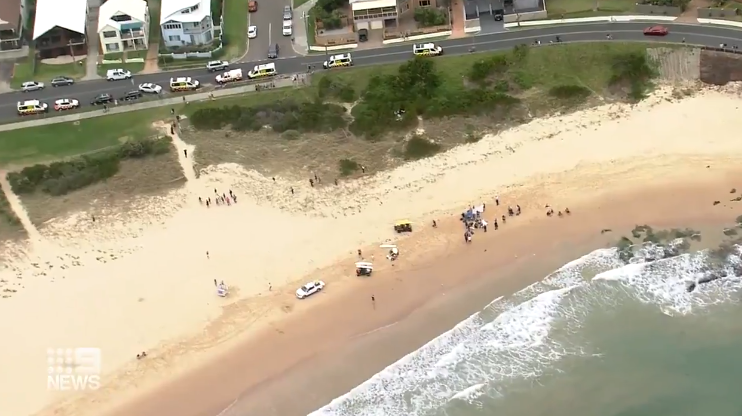 "And shock when I heard the bad news … very painful, because he's a humble son."

Paramedics performed CPR on the man on the beach for 40 minutes, but he could not be saved.

Three others from the group were transported to hospital by ambulance for treatment.

Nathan McEwan from Woonona Boardriders was among those who helped with the rescue.

"They said, 'You need to get a board and get out there, there are people drowning,' so I ran up the side and grabbed my daughter's paddle board and just took off," Mr McEwan told 9News. 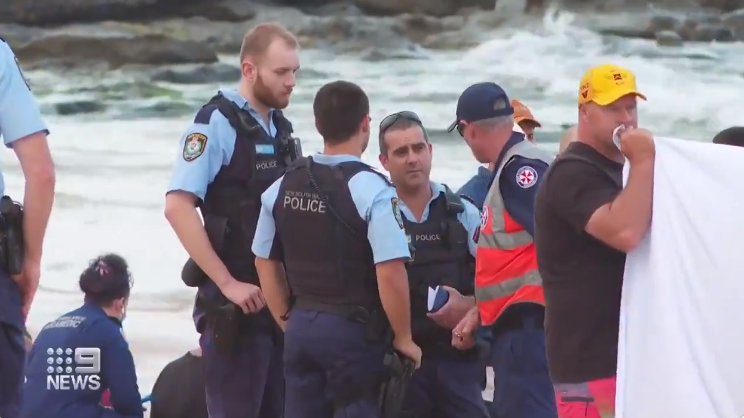 He managed to secure Mr Mote on his board first before rescuing his partner and another family member.

"The timing could not have been worse, late afternoon … they spent the day in the sun, and the flags weren't up," Mr McEwan said.

"They were hysterical … especially the lady … because I think she realised that her partner was deceased.

"They were just off the rocks, it's a pretty well-known rip that most of us that surf here would use to get out the back … there could have been four or five dead if we hadn't done what we did."

Surf Life Saving NSW State Duty Officer Peter Evert was at the beach as the rescue unfolded and described the scene as "the most tragic of circumstances".

"The conditions today were calm on the beach," he said.