A man has almost died after he was kicked during a fight on a busy Adelaide street.

A man is fighting for life after he was kicked during a fight on a busy Adelaide street.

Three men were in an altercation on Hindley Street in the CBD when a 26-year-old man was knocked to the ground and then kicked about 1.30am on Saturday, police say.

He suffered life-threatening head injuries and is currently in a critical condition in Royal Adelaide Hospital. 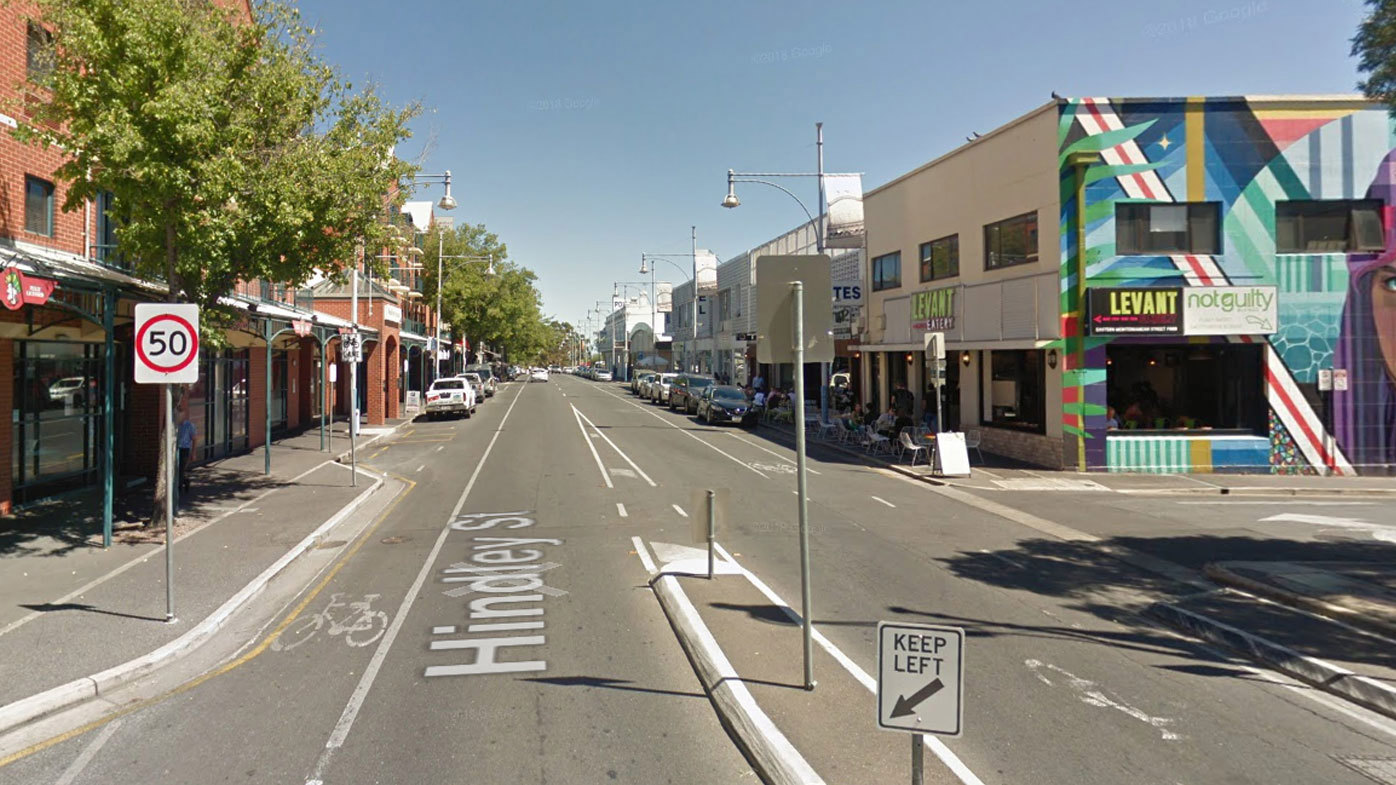 Two men, aged 18 and 19, immediately arrested by police at the scene.

The older man, from Smithfield, was charged with aggravated assault causing serious harm and breaching his bail. He'll remain in custody until at least Monday when he's due to face Adelaide Magistrates Court.

The younger man, from Parafield Gardens, was charged with affray.