A wanted man has been arrested after trying to make a daring escape from police in Adelaide.

A wanted man has been arrested after trying to make a daring escape from police in Adelaide.

The 29-year-old, wearing hi-vis clothing, was filmed frantically climbing down the outside of a three-storey apartment building on Hindley Street in the city yesterday morning.

Officers attending the location were there to arrest the man on other offences. 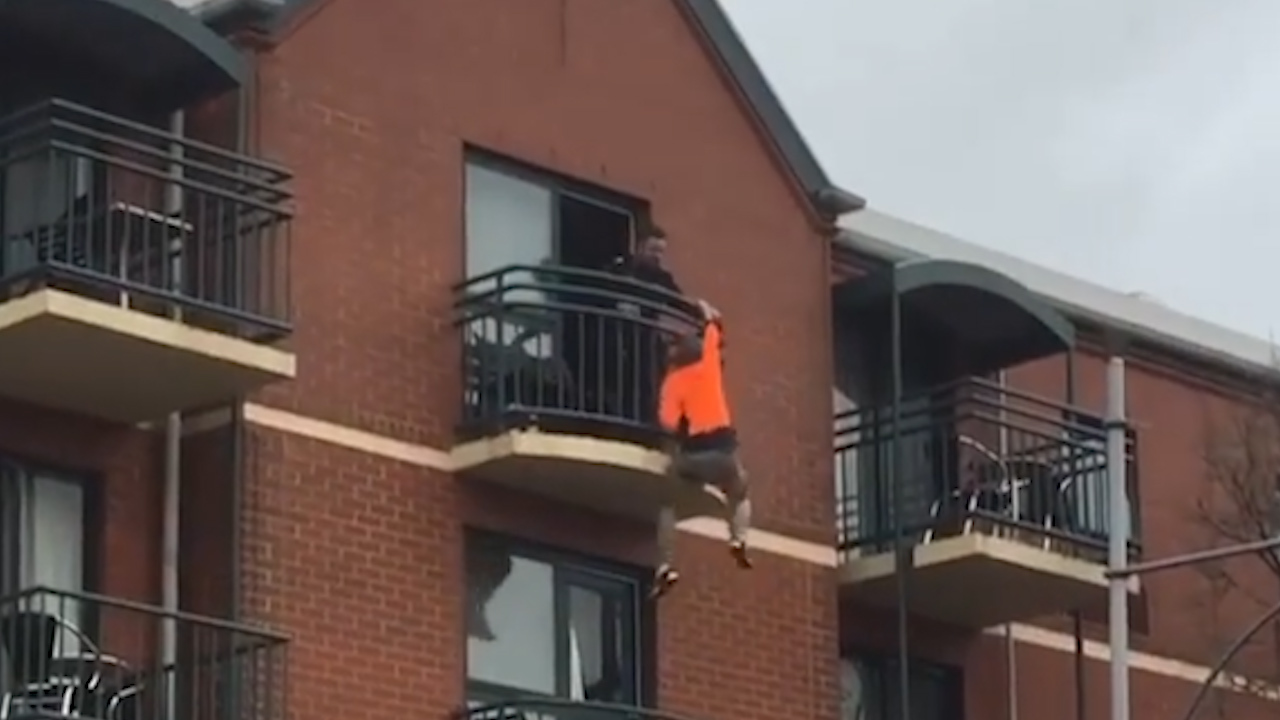 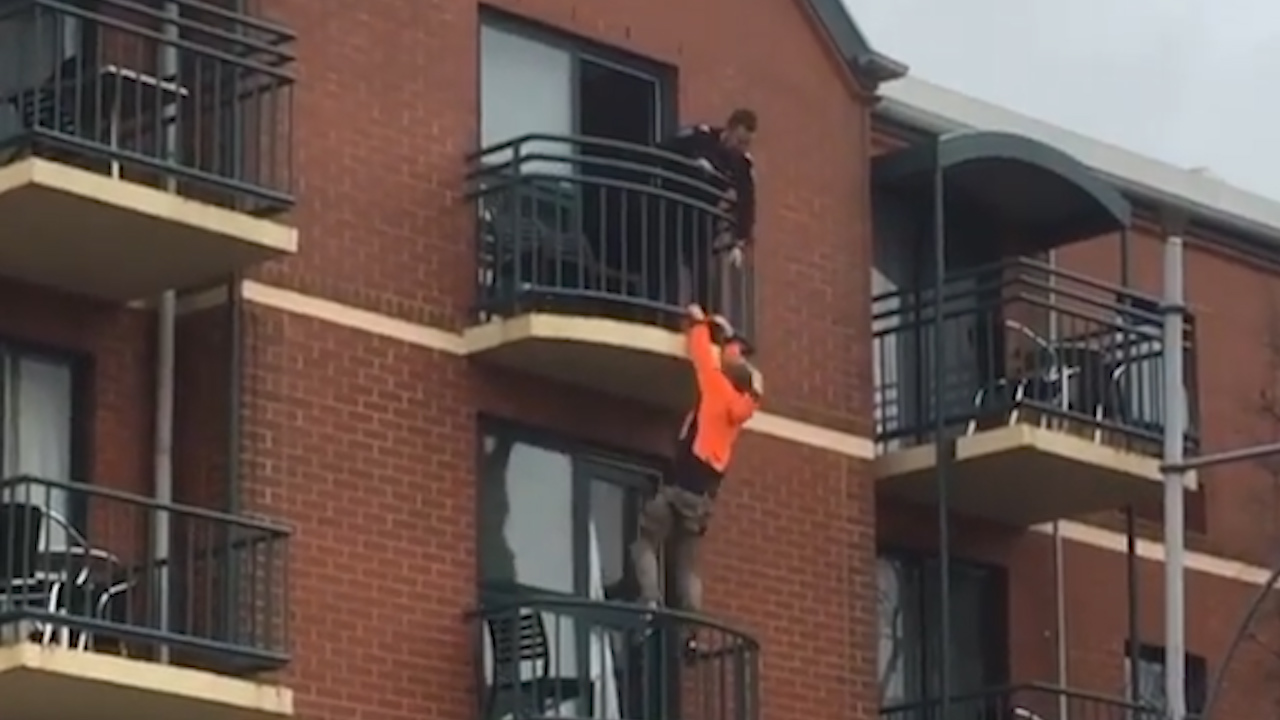 The man climbed down two balconies before running along a verandah and jumping on the roof of a parked car.

But his escape didn't end well, with an officer below quickly pouncing on the suspect.

Police say he was wanted for a number of recent offences, including driving to evade police and travelling 152km/h in an 80km/h zone.

The man is also accused of breaching his bail.

He fronted a magistrate yesterday and was remanded in custody to reappear in court next month. 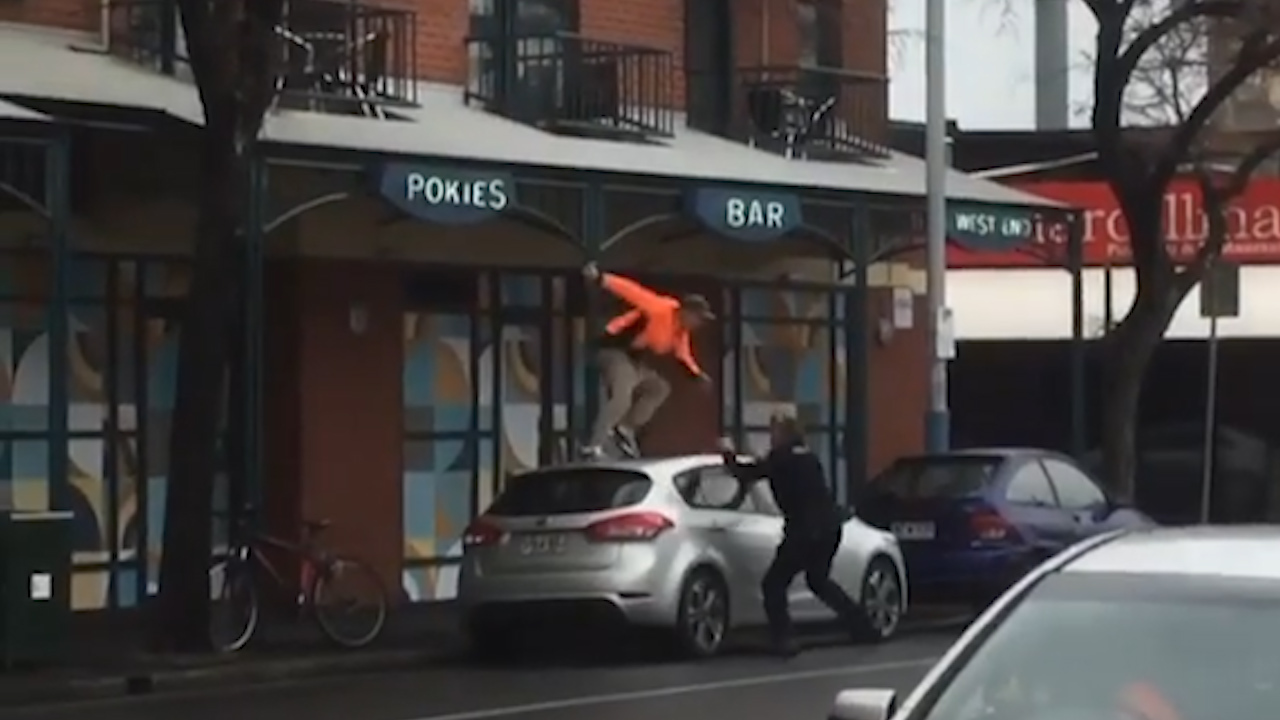