A body camera captured the moment Queensland police found a hidden compartment under a staircase.

A man is facing multiple charges after police allegedly discovered drugs, cash and weapons in a hidden staircase compartment at a Rockhampton home.

Police executed a search warrant at a Frenchville property on Friday and allegedly found two sawn-off shotguns, five shotgun rounds, a set of knuckledusters, 29 grams of methylamphetamine and small quantities of methylenedioxymethamphetamine and oxycodone. 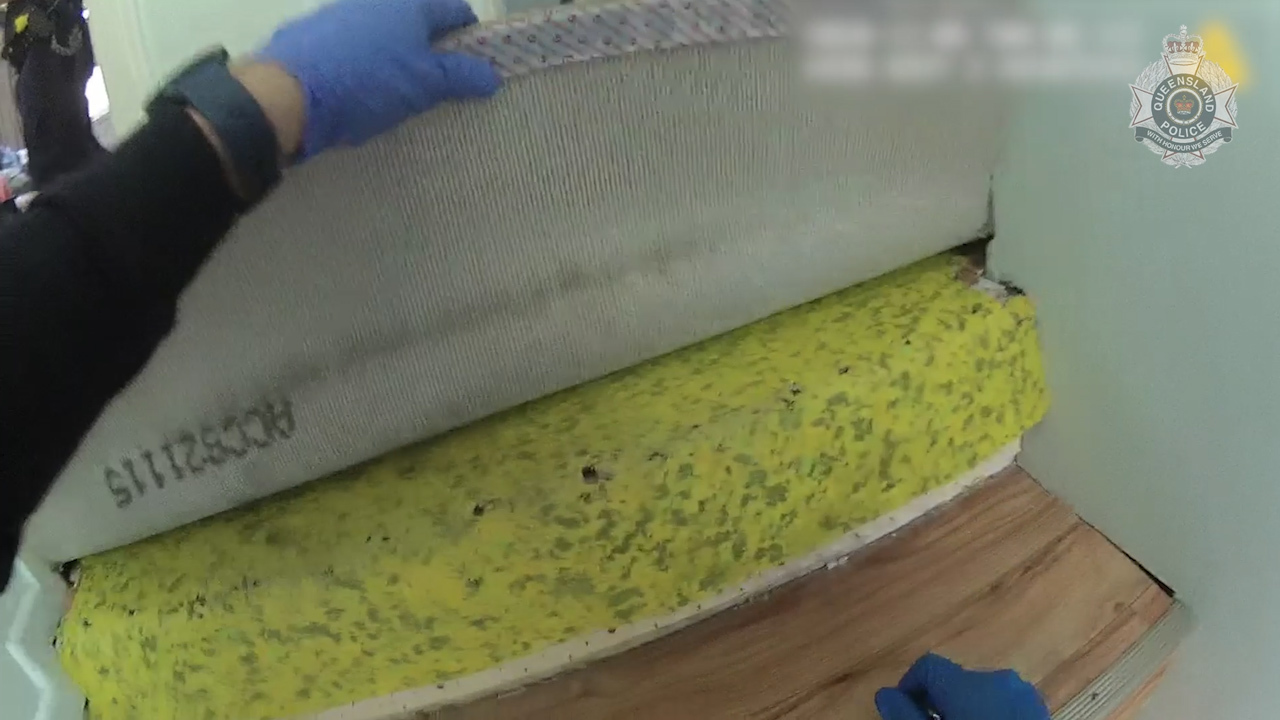 A body camera captured the moment an officer found a concealed compartment while checking a staircase during the raid.

The officer made his way to the top level and removed a piece of carpet and block of wood to find the hidden storage space. 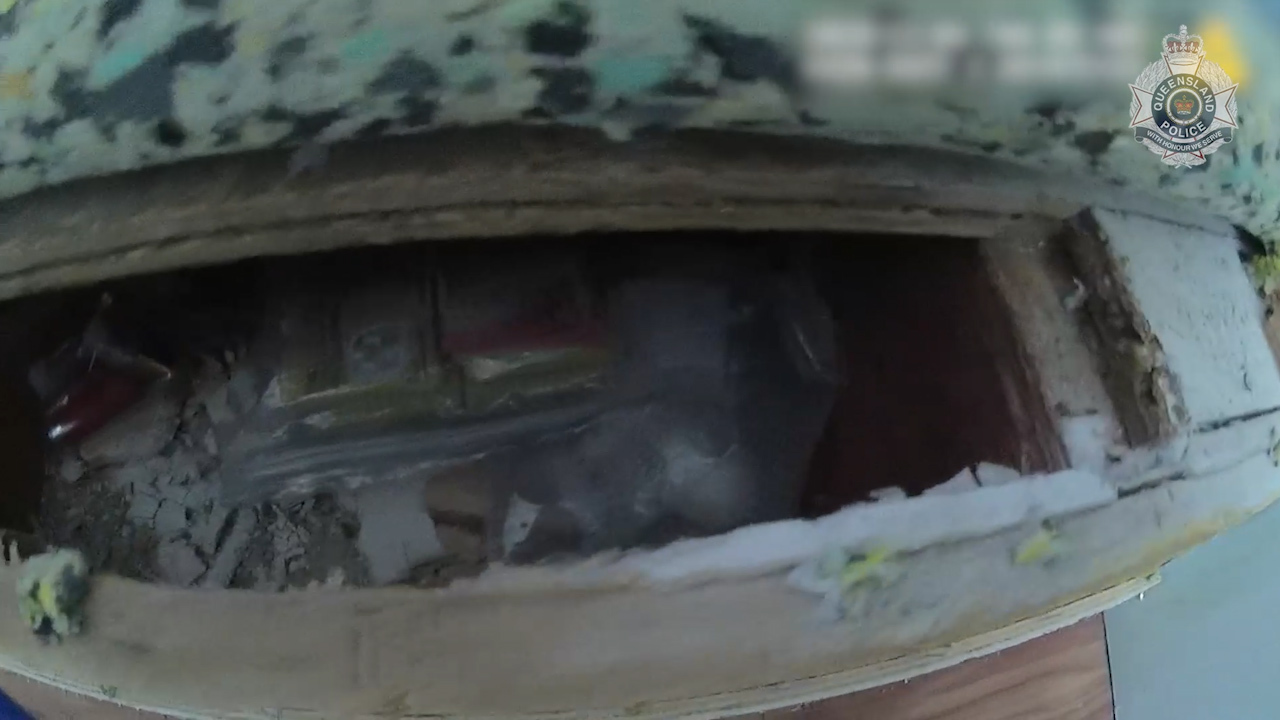 "At the very top of the stairs there is a concealed compartment," the officer can be heard saying in the video.

"Looks like shotgun rounds and a large sum of Australian currency and there's a gun in there as well." 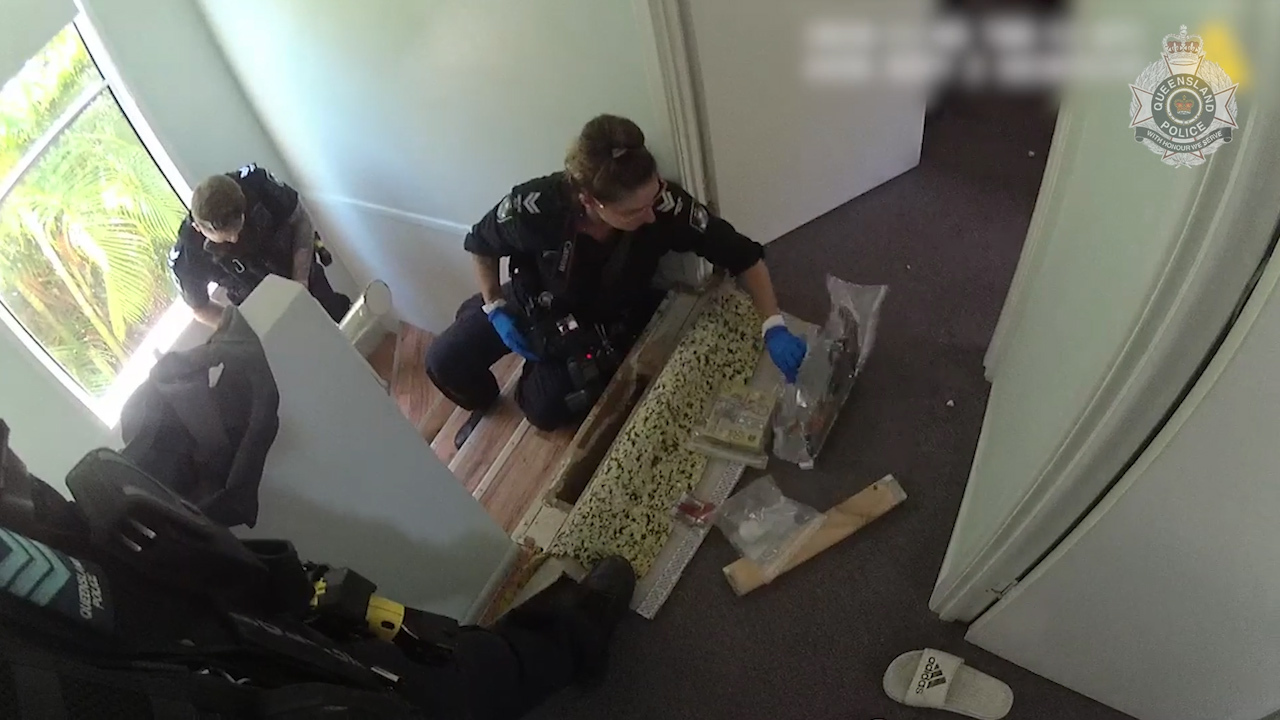 A 20-year-old Frenchville man has been charged with multiple drugs and weapons offences.

He is set to appear in Rockhampton Magistrates Court on January 13.