A man was allegedly drink driving in a hatchback with no front left tyre in Melbourne this morning.

A man was allegedly drink driving in a hatchback with no front left tyre in Melbourne this morning.

When officers arrived, the vehicle had nothing but a bare rim, contorted from scraping along the road.

Doncaster police spotted the Nissan Pulsar parked and blocking a laneway in Warrandyte about 3am. 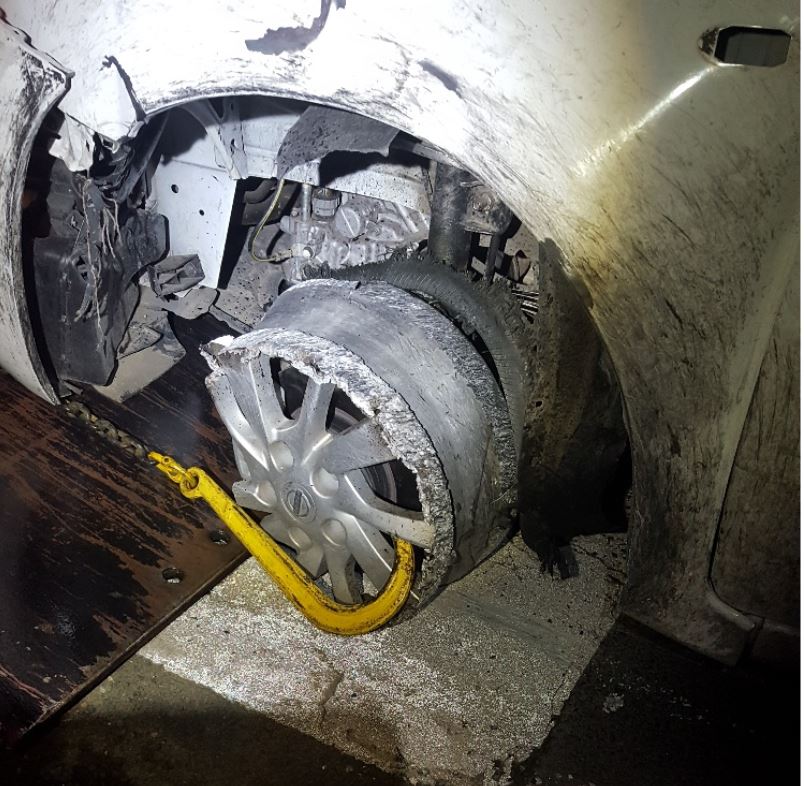 Officers breath tested the man, who returned a reading of 0.162, over three times the legal limit.

The 19-year-old driver said his tyre had a puncture but continued to drive until he couldn't go any further as he, nor his 22-year-old passenger, knew how to change a tyre.

The driver and his passenger said it was not their fault and blamed society for not teaching them how to change a tyre, according to police.

"His licence was licence immediately suspended for 12 months and he is expected to be charged on summons with drink driving offences," Victoria Police said in a statement.