The family of two siblings killed in Melbourne's south-east more than three decades ago has expressed their relief after learning a man had been charged with their murders.

Doris McCartney and Ronald Swann were found dead in their Keith Street home in Moorabbin on October 22, 1989. 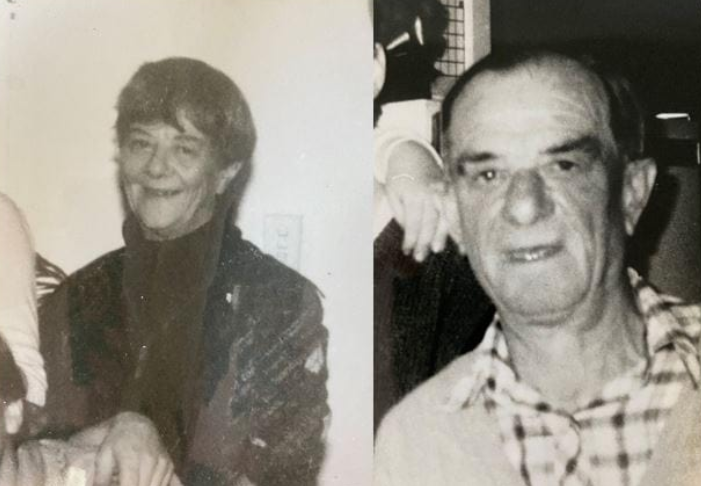 "Most of our family have suffered really badly."

Mr Nash, 58, was arrested this morning in Rowville - a week after a $1 million reward was offered for information on the siblings' alleged murder.

Mr McCartney said he hoped the arrest would bring him and his family closure.

"Just to actually know what the reason is would give us a lot of peace," he said.

Exclusive 9News images captured the man covering half of his face with a baseball cap as he sat in the back of a detective car while being driven to police headquarters.

A friend of Ms McCartney discovered the bodies at the time and contacted police.

Ms McCartney, 71, and Mr Swann, 69, allegedly appeared to have been assaulted.

Nash's arrest follows an "extensive and exhaustive investigation" over the past 31 years.

He was a former player at a local cricket club and would have been 27 years old at the time.

Detective Inspector Tim Day last month said investigators were determined to solve the case and provide answers to the family.

"This is a family that has suffered the loss of two loved ones in the most horrific circumstances, without ever knowing why," he said.

"Over the years we have followed up a number of avenues of enquiry and interviewed several people."

Ms McCartney was a widower and her younger brother, a World War II veteran, had moved into her Keith Street home to support her.

READ MORE: Arrests made after large haul of baby formula found in Melbourne Police have previously said there was no sign of forced entry into the pair's home and nothing had appeared to be taken.

"From all accounts, they lived a quiet life," Detective Inspector Day said.

A number of people had previously been interviewed about the murders, but no one had ever been charged.

Last month Mr McCartney said he thought about the deaths of his beloved mother and uncle every day.

"Sometimes it's hours, other times it might be five minutes."