Police found 145 bags of cannabis with an estimated potential street value of $1 million.

A 36-year-old man has been arrested after an estimated $1 million worth of cannabis was found concealed in his truck. 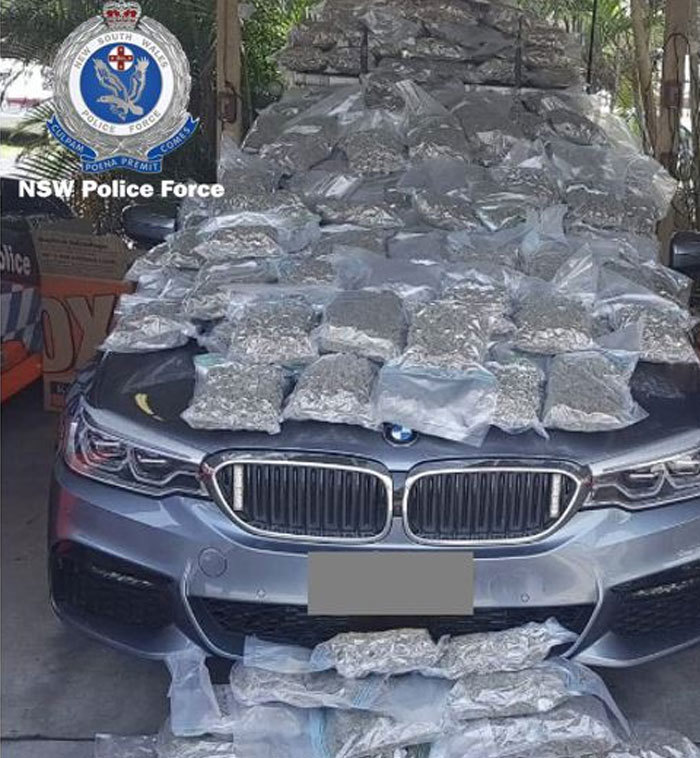 Police stopped a vehicle on the Pacific Highway at Bangalow, near Byron Bay on the NSW north coast this morning where the male driver was submitted to a roadside drug test.

The man, from Marrickville in Sydney's inner west, was arrested after his test allegedly returned a positive indication, NSW Police said.

His truck was then searched, revealing 145 bags of cannabis with an estimated potential street value of $1 million. Methylamphetamine was also found.

He has been refused bail to appear before Byron Bay Local Court today.