A man has been arrested after allegedly going on a dangerous crime spree through Adelaide, causing chaos for police.

A man has been arrested after allegedly going on a dangerous crime spree through Adelaide, causing chaos for police.

One of the alleged victims Natasha Vaye, who is pregnant, described her ordeal.

Ms Vaye was asleep when the suspect allegedly smashed her back door with a brick to gain entry just after 2am this morning.

Waking to the shattering glass, she raced out to find the man standing in her kitchen. 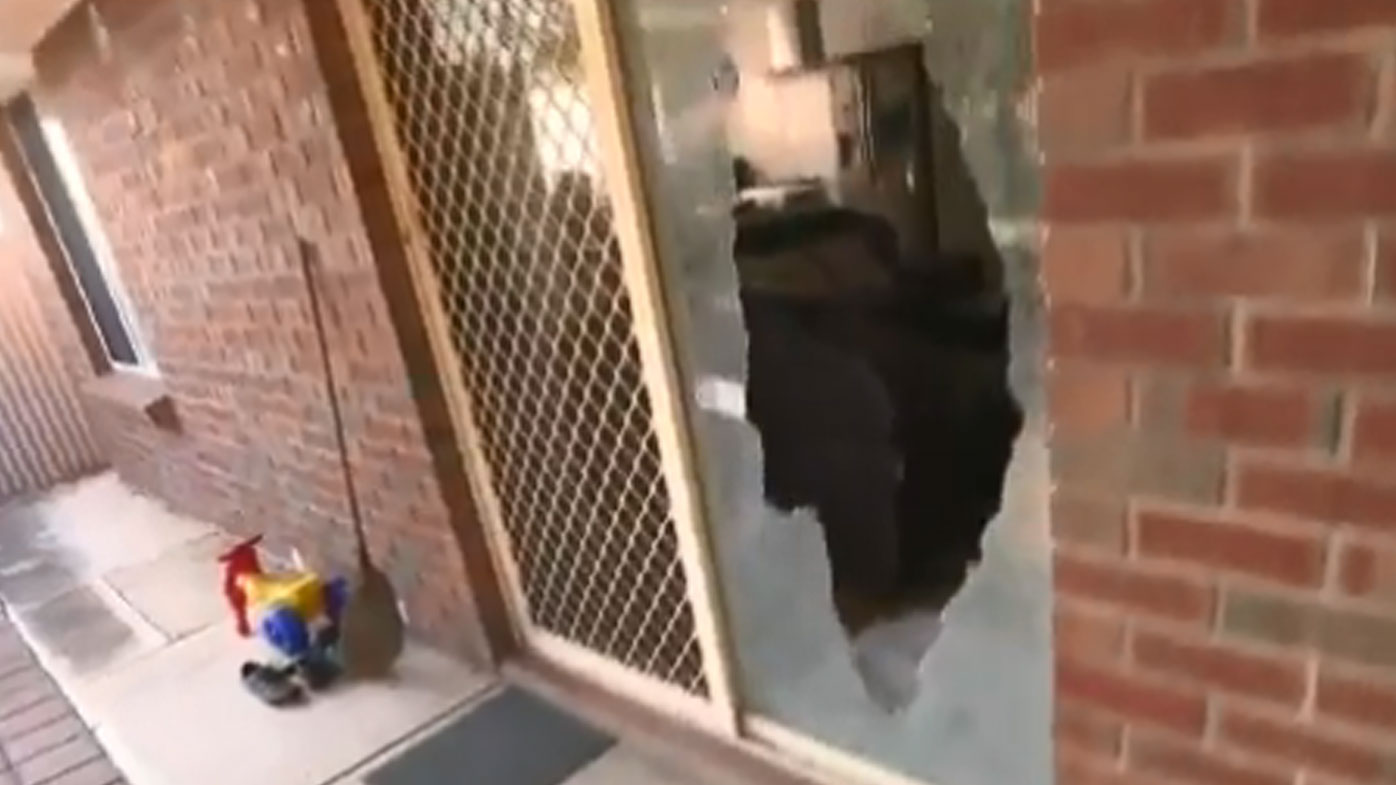 Fearing for the safety of her children in another room, she handed over the keys . "I was scared for my kids, I was so scared for myself," she said.

The man then allegedly stole the family's car, which was spotted driving erratically, as it headed towards the CBD.

He then allegedly attempted a carjack on Franklin Street in Adelaide City, but his victim refused to hand over his car keys. 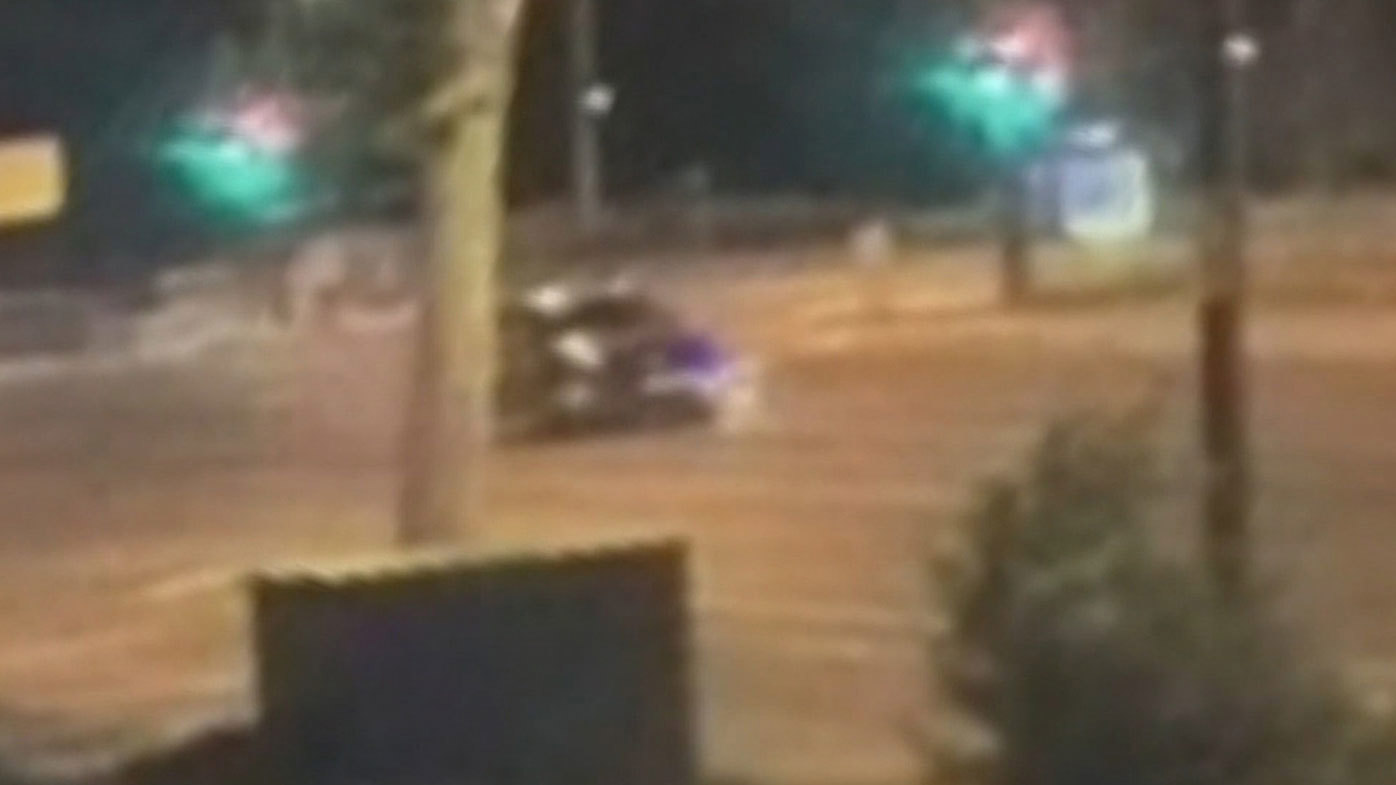 The suspect then drove west along Anzac Highway towards Glenelg. Police say the car was involved in two crashes at Keswick and Kurralta Park. A police helicopter tracked the car as it drove dangerously through numerous suburbs.

Officers deployed spikes on Port Road, with  CCTV vision capturing the moment the stolen Renault slows to a halt at Thebarton. 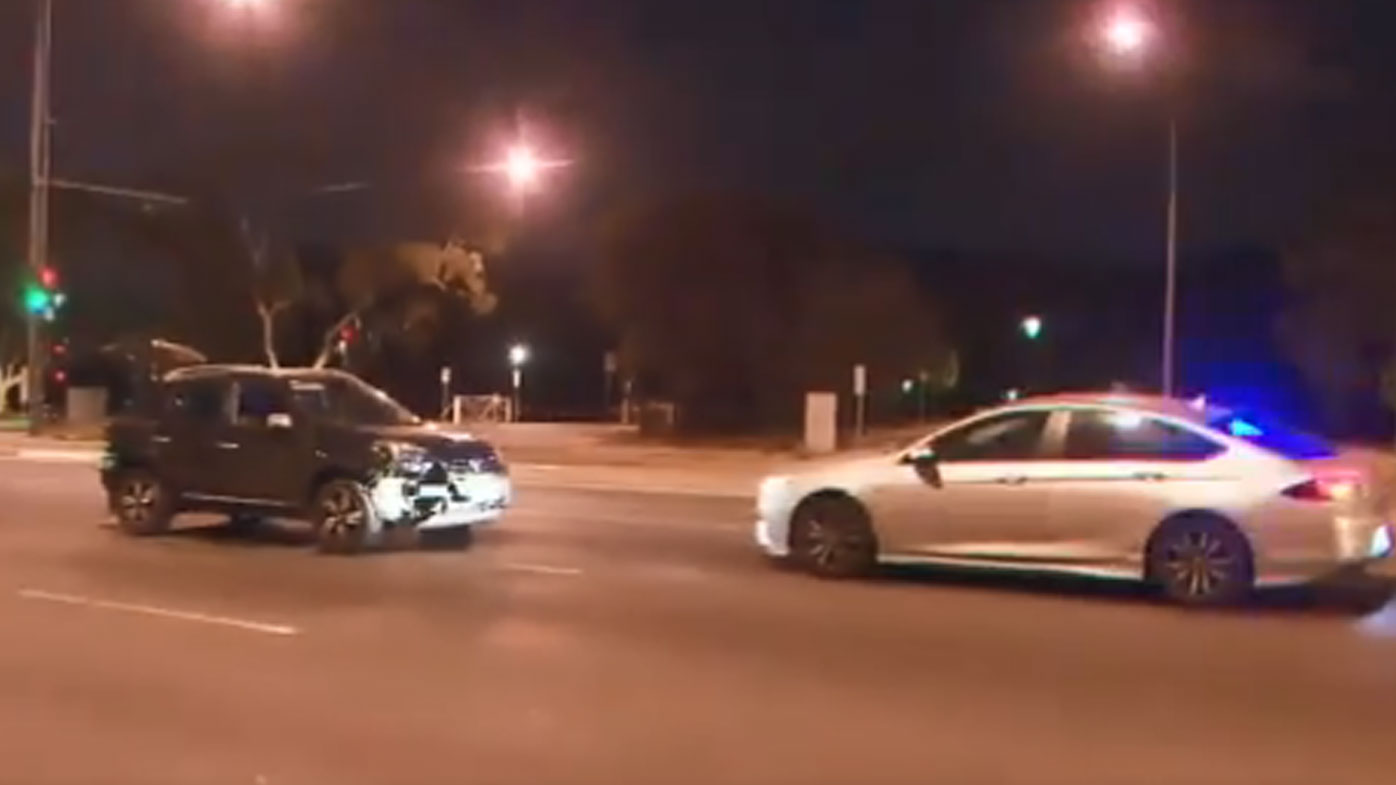 After the vehicle's tyres deflated, the driver is seen running from the scene, before laying on the ground, as officers pounce.

The 36-year-old male driver from Kilburn has been charged with engaging in a police pursuit, aggravated serious criminal trespass, illegal use, robbery, driving without due care and driving unlicensed.

He has been refused bail and is expected to appear in the Port Adelaide Magistrates Court tomorrow.