Two men have been charged after one of them allegedly threatened a police officer with a knife in NSW.

A police officer was filmed screaming "I thought I was going to die" after a man allegedly threatened him with a "very large carving knife".

Officers from Newcastle City Police District were patrolling Hamilton South yesterday when they were told about a possible brawl by a member of the public.

Police approached the crowd at Fowler Street and stopped their vehicle. The officer driving wound down the window down to speak with a man. 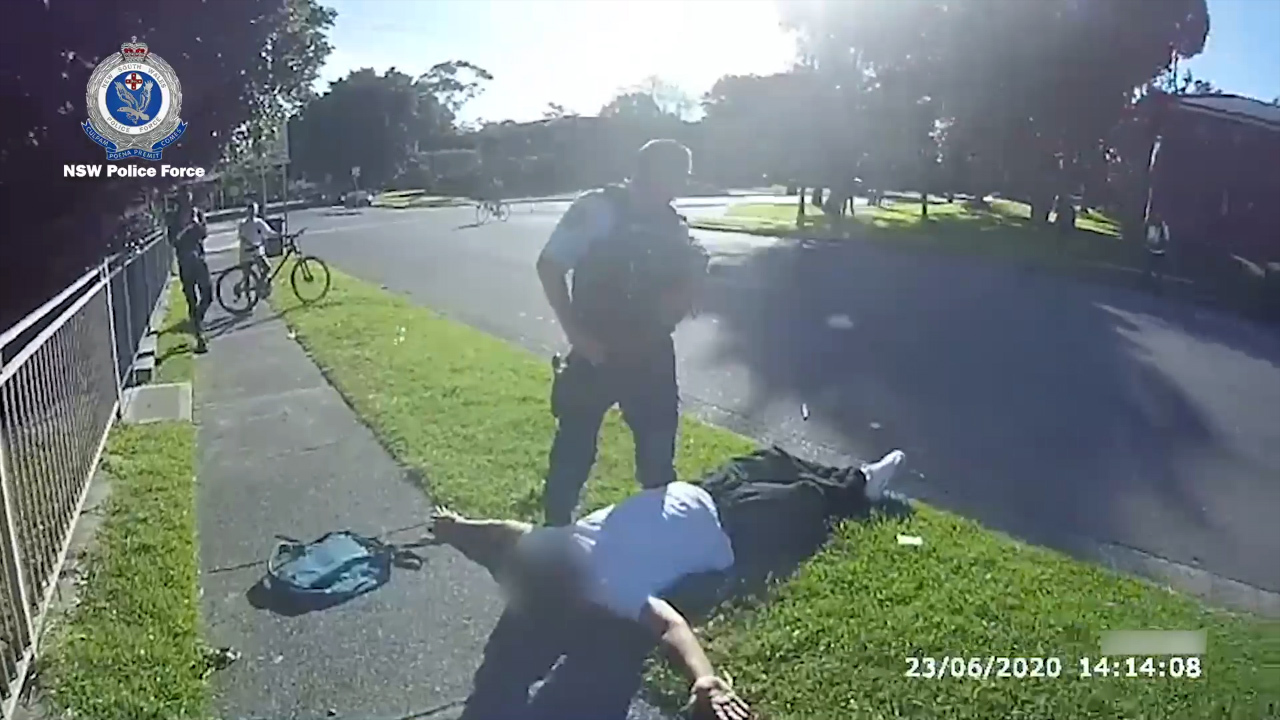 Video shows officers attempting to arrest the man while keeping a crowd at bay who had allegedly been brawling before they arrived.

"During the arrest, a second man, aged 38, approached the officers and attempted to stop them," Superintendent Greentree said.

"A third man kicked the door of the police vehicle." 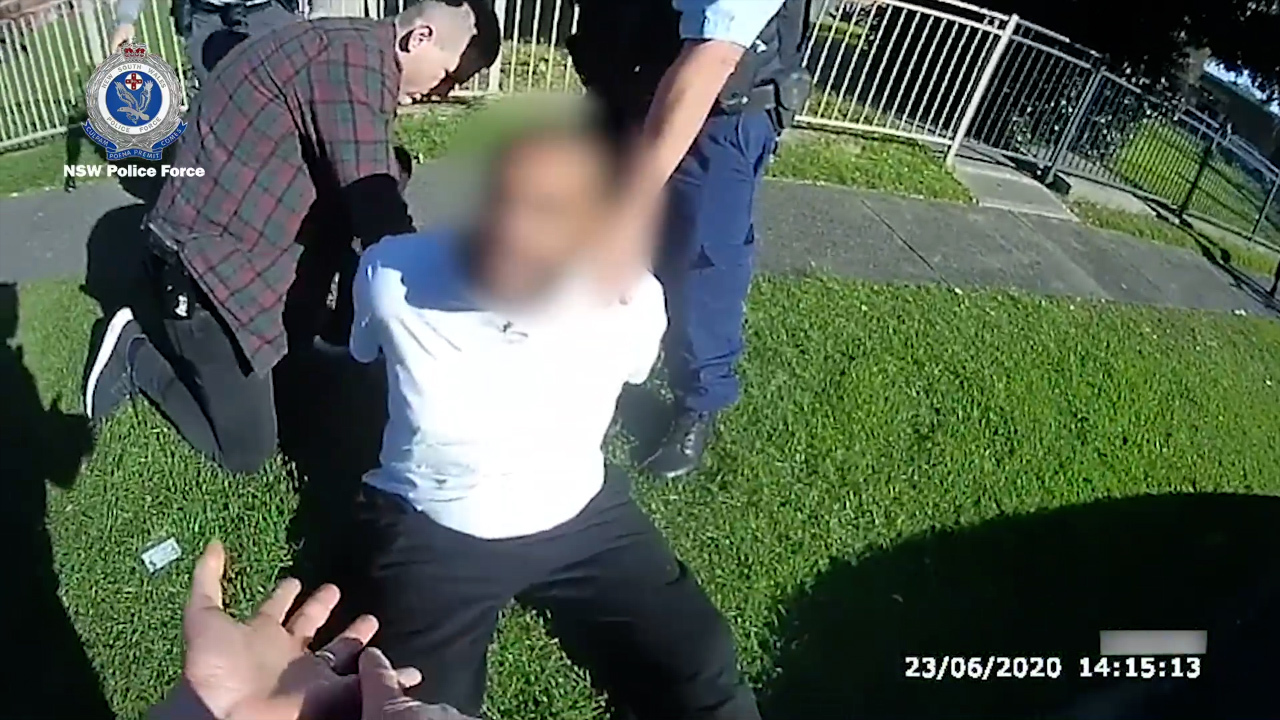 The officer who was allegedly threatened can be heard yelling "get back, get back".

He then used pepper spray to keep the onlookers at bay.

"I thought I was going to die," the officer tells the man as backup arrived.

Two men, a 28-year-old who allegedly had the knife and a 38-year-old accused of intervening in the arrest were taken to Newcastle Police Station yesterday and were charged.

The 28-year-old was charged with using an offensive weapon, with intent to commit an indictable offence, and was refused bail to appear before court today.

The 38-year-old was charged with affray and hinder police. He was also refused bail to appear before Newcastle Local Court today. 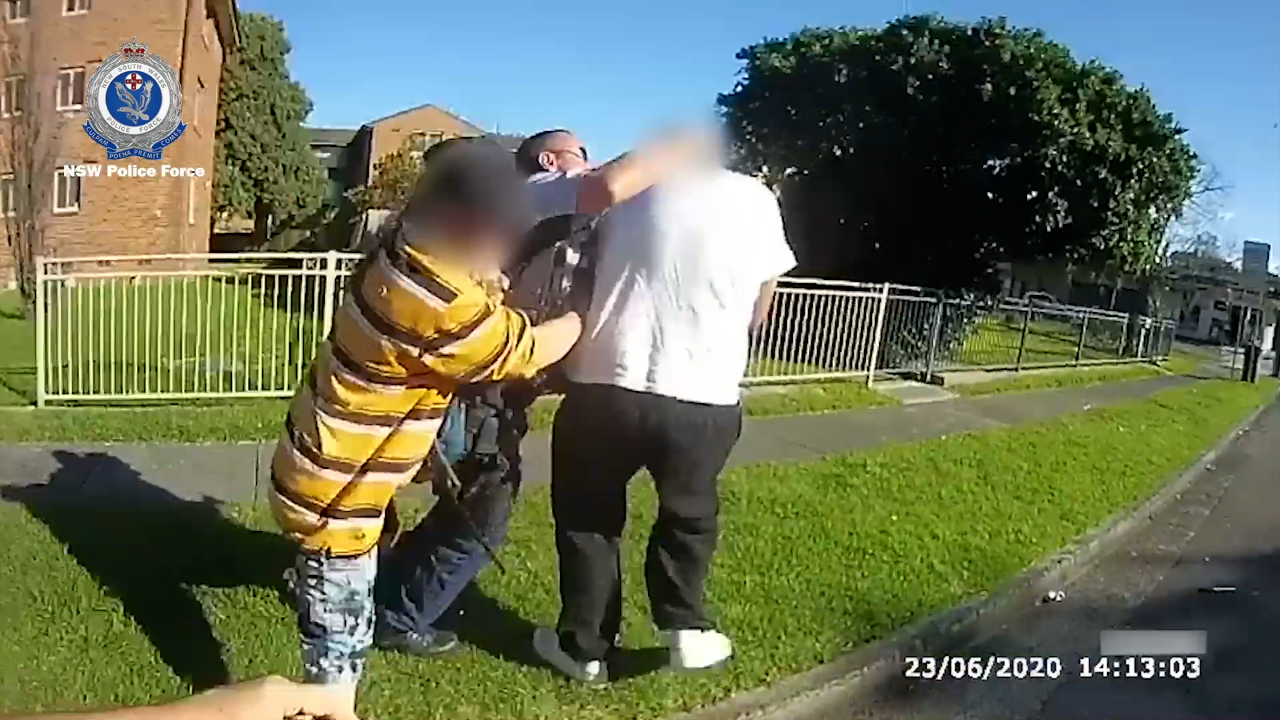 Superintendent Greentree described the alleged crimes as "very serious" and said police were still looking for the third man.

"The allegations are just absolutely unprovoked and cowardly acts."

He also said police were "absolutely sick of" the recent spike of attacks on officers.

"It's very concerning, these officers are just going about their business trying to protect the community," Superintendent Greentree said.