A pair of scuba divers in America have found a massive mammoth bone which they reckon is 100,000 years old, in a river.

A pair of scuba divers in America found a massive mammoth bone in a river which they reckon is 100,000 years old.

READ MORE: 100 million people fully vaccinated in the US 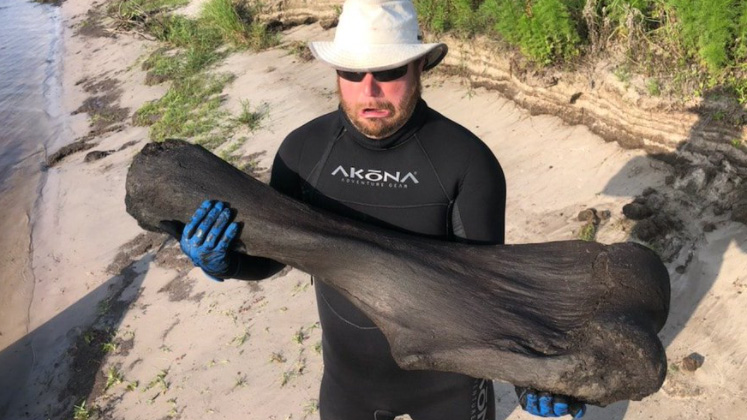 "He yelled out to me, 'Hey, Derek. I found something' Oh my goodness' It was really, really cool."

The pair think the bone belonged to a mammoth and could be from the Ice Age, which was 10,000 to 2.5 million years ago.

"It brings us joy to know that we can uncover stuff that really gets people excited."

They say they also found parts of an extinct shark and a prehistoric sabre-tooth tiger on the same day.

They've given the bone to a school.