More than 10,400 houses and businesses have been plunged into darkness.

Thousands of homes are without power after severe thunderstorms lashed parts of New South Wales this afternoon.

More than 10,400 houses and businesses have been plunged into darkness after a massive storm hit the Hunter region and Newcastle.

About 10,000 lightning strikes were recorded in the region, and strong winds have brought down trees and overhead wires.

Ausgrid are working to restore power to the area.

READ MORE: Rain does little to put out Victoria's bushfires

Much-needed rain has also fallen in other parts of NSW ravaged by devastating bushfires.

Scone, Mudgee and Orange experienced some showers this morning, with the rain moving towards the coast.

Showers have also fallen in Katoomba near the Blue Mountains, west of Sydney, and in Bilpin where devastating fires tore through homes, businesses an apple orchards.

Further south, Bateman's Bay has also seen a sprinkling, with more forecast across the state later this week.

A massive trough is moving across the eastern parts of Australia, which is expected to bring consecutive days of rain and widespread storms for the remainder of the week and into the weekend. 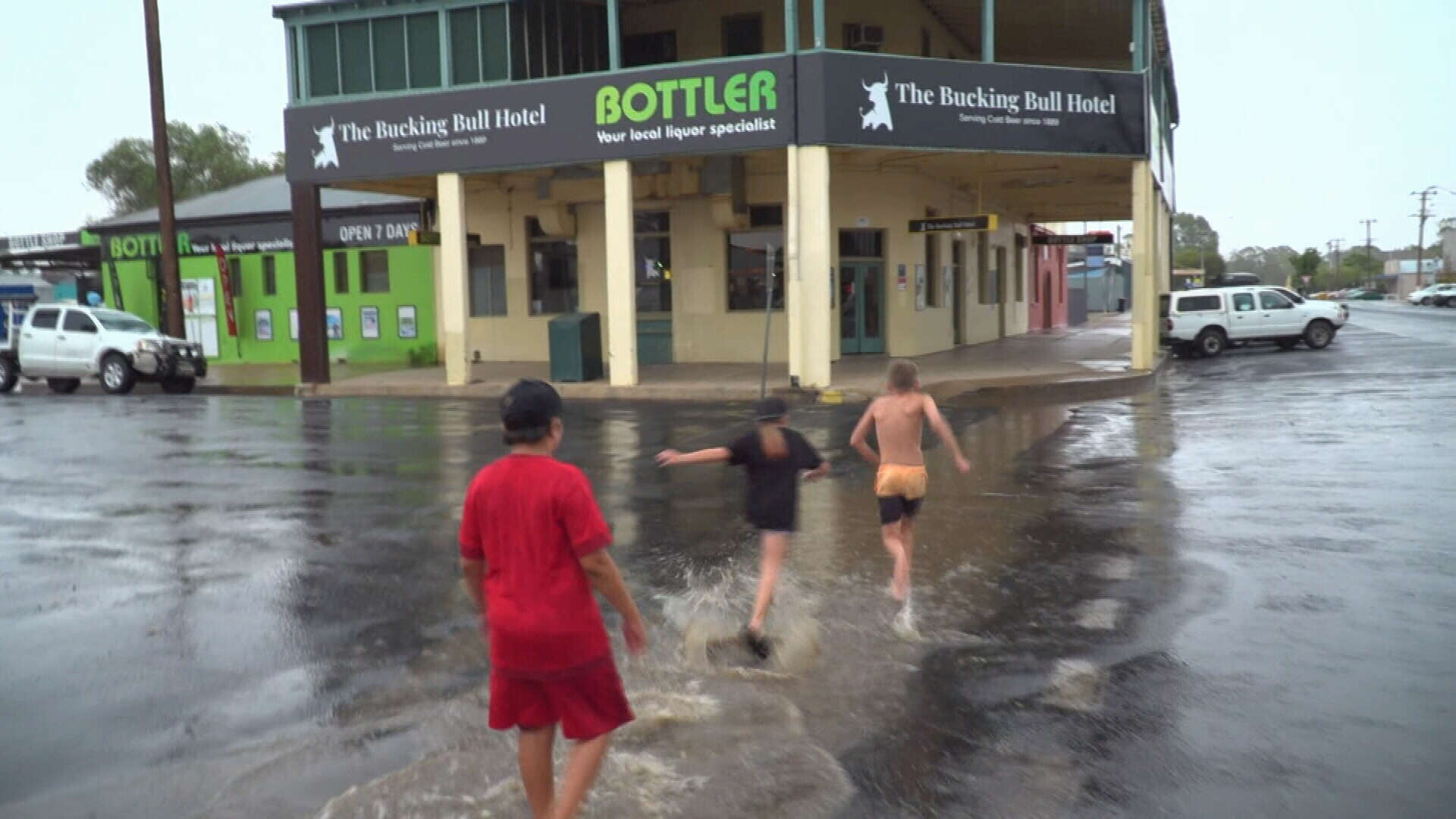 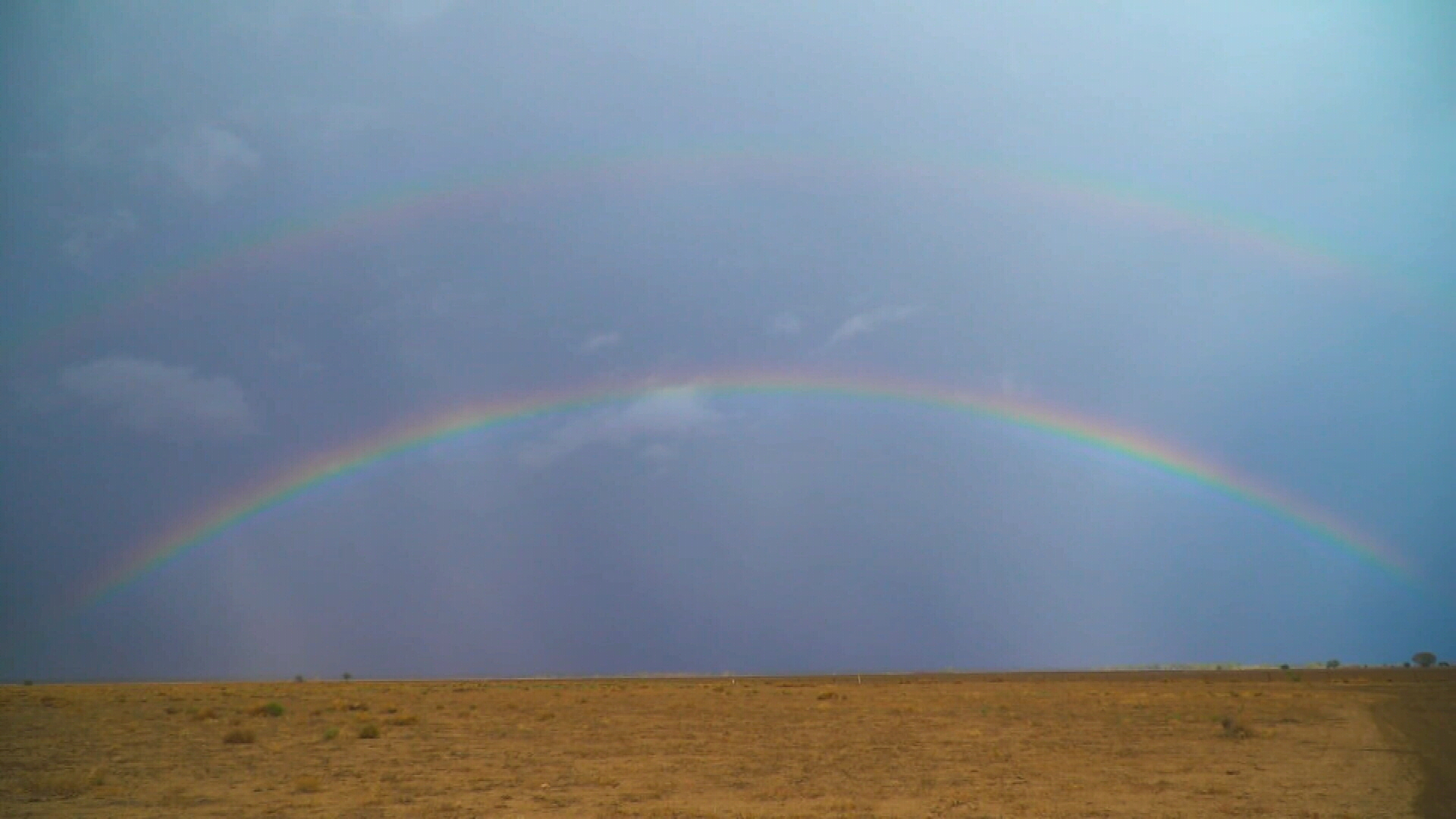 Further south, Batemans Bay has also seen a sprinkling, with more showers forecast across the state later this week.

A massive trough is moving across the eastern parts of Australia, which is expected to bring consecutive days of rain and widespread storms for the remainder of the week and into the weekend.

While rain is a good sign for many parts of the state, the NSW SES has warned the downpour and thunderstorms sweeping across the state could bring new risks as firefighters look to the wet weather to help douse the 80 NSW blazes still burning.

READ:  Surfer pulled from board by 1.5m shark off Perth's North Beach

Bureau of Meteorology NSW forecaster Abrar Shabren said rain is expected across most of NSW from Thursday, barring the state's west and southwest, and could continue until Monday.

The NSW Blue Mountains suburb of Faulconbridge recorded the state's highest rainfall in the past 24 hours with 45 millimetres. 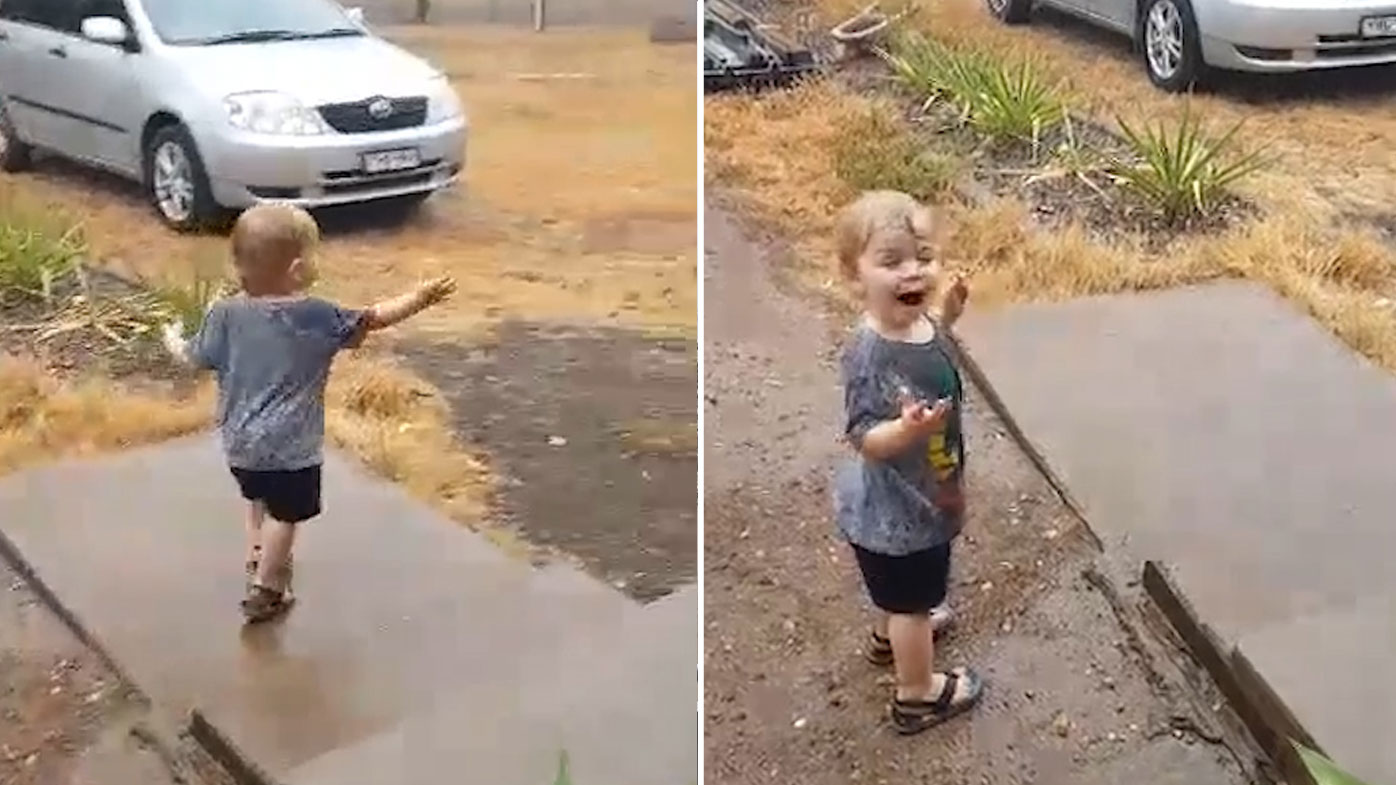 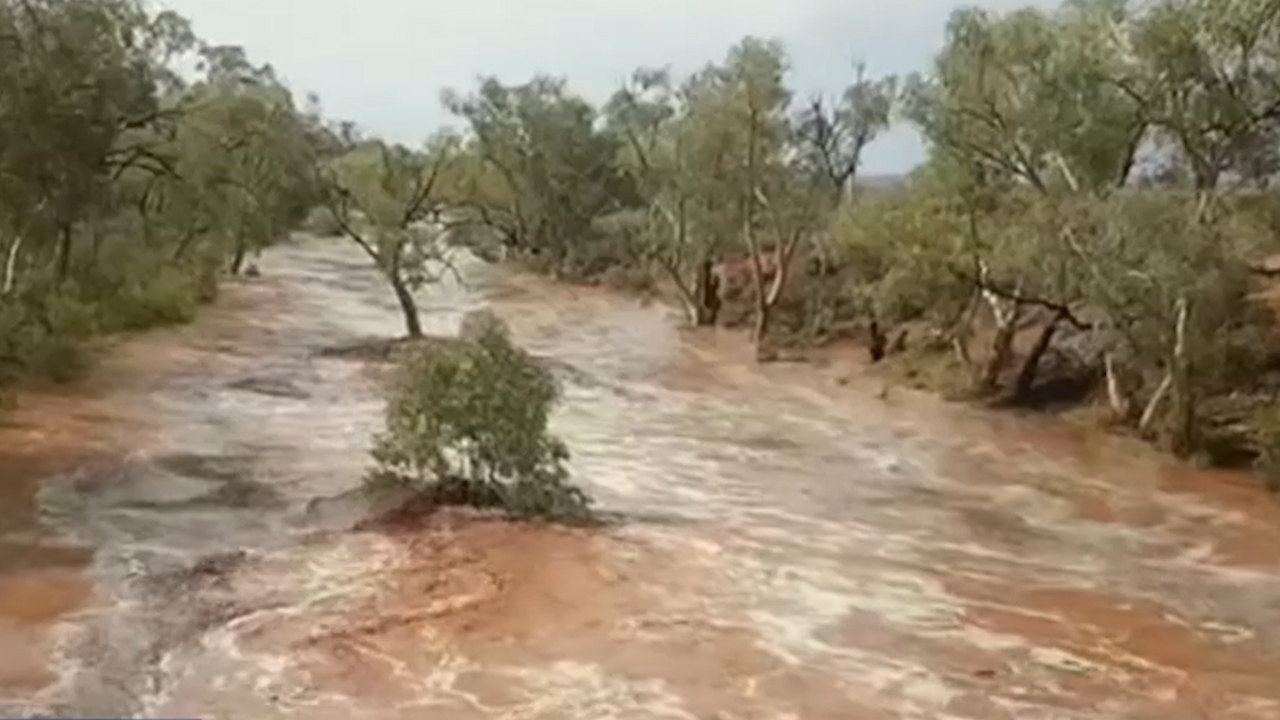 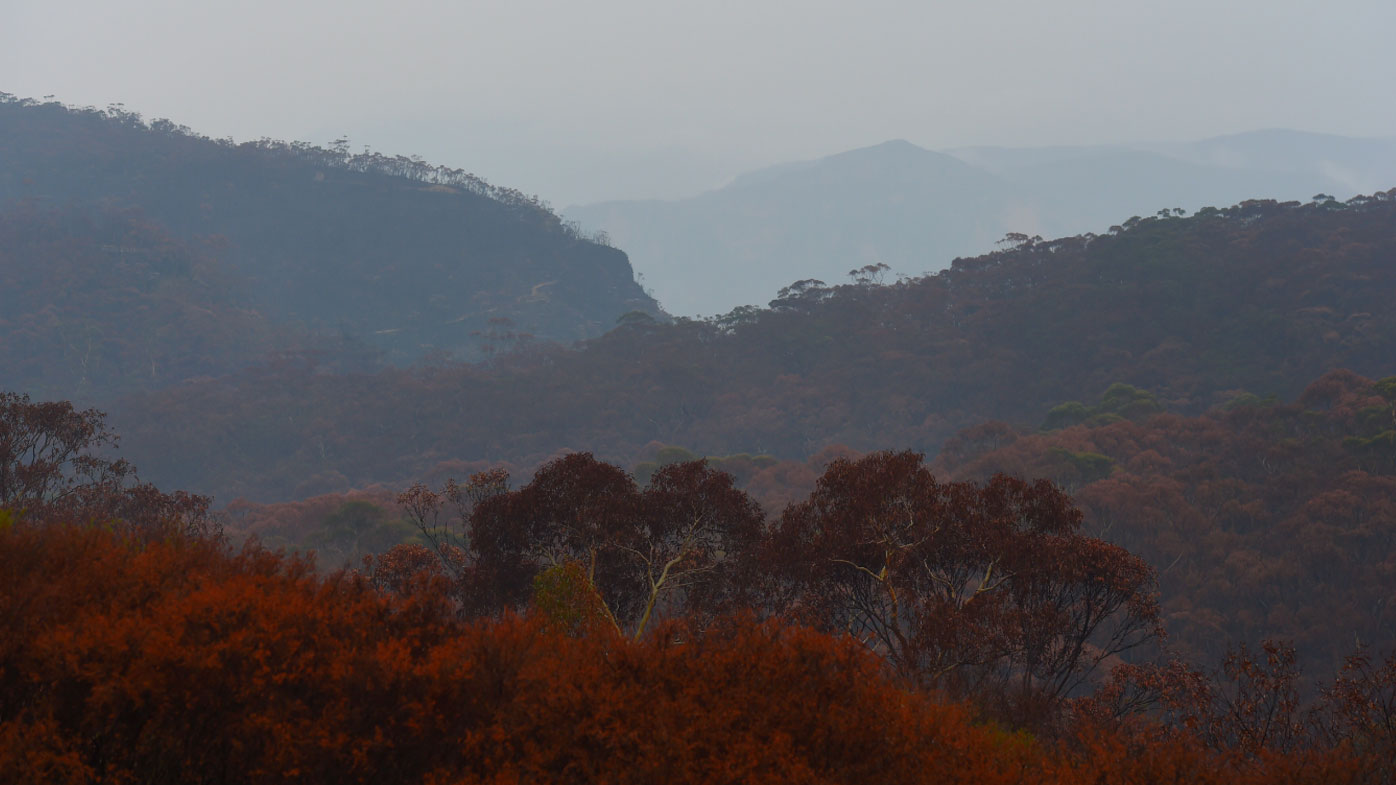 Bushfires burning near the Biriwal Bulga and Cottan-Bimbang national parks in the Mid North Coast region received some help from the rain, with 38.2mm recorded in nearby Mount Seaview.

Areas around the South Coast and Southern Tablelands are predicted to receive up to 30mm but the BOM says the rain will be patchy.

"An inland trough has been deepening across the state and is driving humid air across NSW, leading to thunderstorm activity across most districts," Mr Shabren told AAP on Thursday.

"We will continue to see severe thunderstorms throughout the week, with very heavy, short, sharp bursts of rainfall."

The NSW SES says this could increase the risk of flash flooding, falling trees and landslips where fire has wiped out trees and growth. 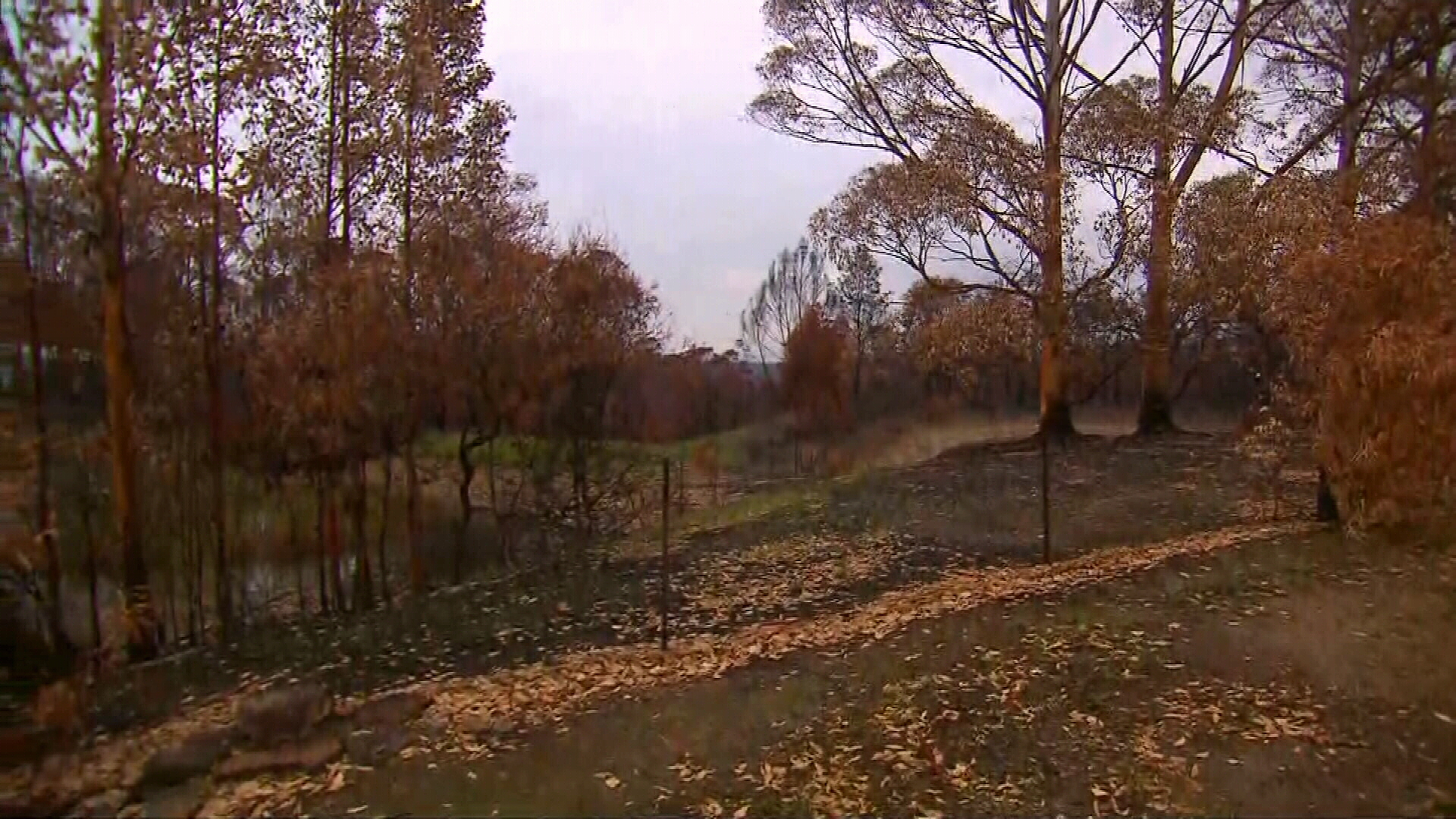 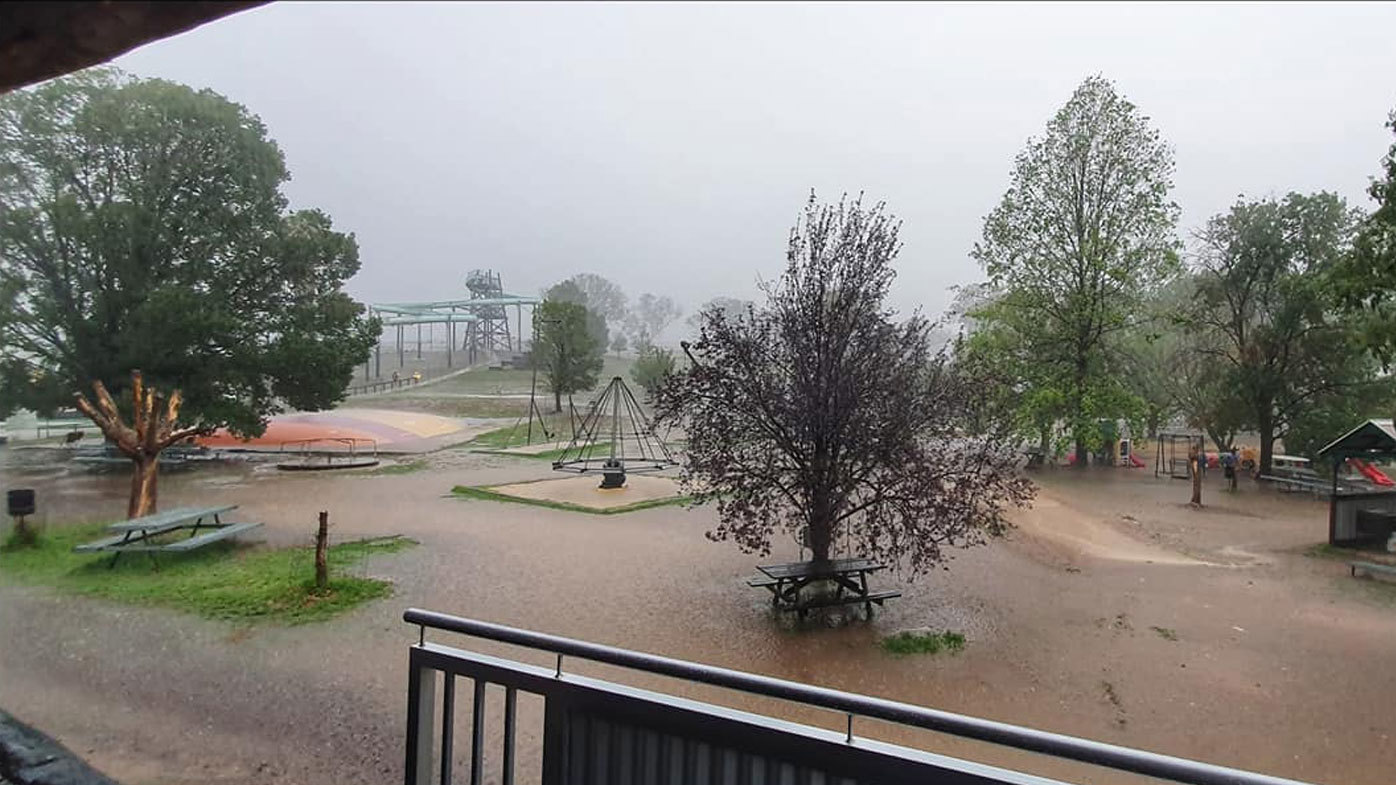 "While the rain is welcomed, heavy rainfall and storms in fire affected areas can lead to dangerous conditions such as a higher risk of flash flooding, falling trees and landslips," NSW SES assistant commissioner Paul Bailey said.

"In areas impacted by fires where vegetation has been destroyed, water from heavy rainfall can flow into riverbeds and we could see run-off in areas we wouldn't normally, resulting in flash flooding.

"The NSW SES is also asking residents in fire affected areas to watch for possible landslips as the ground and roads can be damaged, therefore creating a higher risk of a potential slip."

The SES warned residents to prepare their properties by trimming overhanging branches, cleaning gutters and pipes, securing loose items in their backyards and not parking under trees or powerlines.

And despite consecutive days of expected rainfall, not even the maximum amount of rain predicted will be enough to break NSW's longstanding drought.

A severe weather warning has been issued for parts of Victoria that were ravaged by bushfires last week.

A notice is in place for parts of East Gippsland and North East Forecast Districts, with the Bureau of Meteorology asking people in these areas to watch for flash flooding.

In fire-affected areas, rainfall run-off into waterways may contain debris such as ash, soil, trees and rocks, and heavy rainfall increases the potential for landslides and debris across roads in these areas. Last night, severe thunderstorms brought flash flooding and hail to Melbourne, days after the city was shrouded in smoke from the bushfires.

The storm carried lightning that ignited fires in the Great Otway National Park and as the front moves across the state, authorities fear it could do the same in the already fire-ravaged region of East Gippsland.

During the storm over Melbourne, the city's temperature dramatically plummeted from the mid-30s in parts to the low-20s.

Today the temperature has dropped to the teens, with the highest forecast temperature 19C, and the lowest 14C.

Rain is also forecast in Queensland, with Brisbane looking at 5-10mm today and 10-20 tomorrow.

Other areas such as the Darling Downs and Mackay are forecast to accumulate up to 100mm.

There are currently no severe weather warnings for Queensland.

The trough bringing rain to NSW, Victoria and Queensland will extend down to Tasmania over coming days.

Most parts of the state including metropolitan areas around Hobart are forecast to experience showers and possible thunderstorms today with clearing showers today.

An earlier severe weather warning was cancelled; however, a marine wind warning is still in place.

There are sunny summer days ahead for parts of Western Australia, including Perth, where temperatures around 30C are forecast for the next few days.

One weather warning is in place, and those in Perth Local Waters, Lancelin Coast, Perth Coast, Bunbury Geographe Coast and Leeuwin Coast have been told to look out for strong winds on Friday.

Ex-Tropical Cyclone Claudia is still hovering well off the coast of Western Australia, but poses no threat.

There are no severe weather warnings for the Northern Territory however the state's wet season is expected to bring thunderstorms to multiple areas including Darwin, Katherine and Nhulunbuy.