Trains were halted and more than thirty people injured after a magnitude 5.9 earthquake hit the Tokyo area on Thursday night.

The Meteorological Agency said the quake was centred in Chiba prefecture, just east of Tokyo, at a depth of about 80 kilometres. There was no danger of a tsunami. 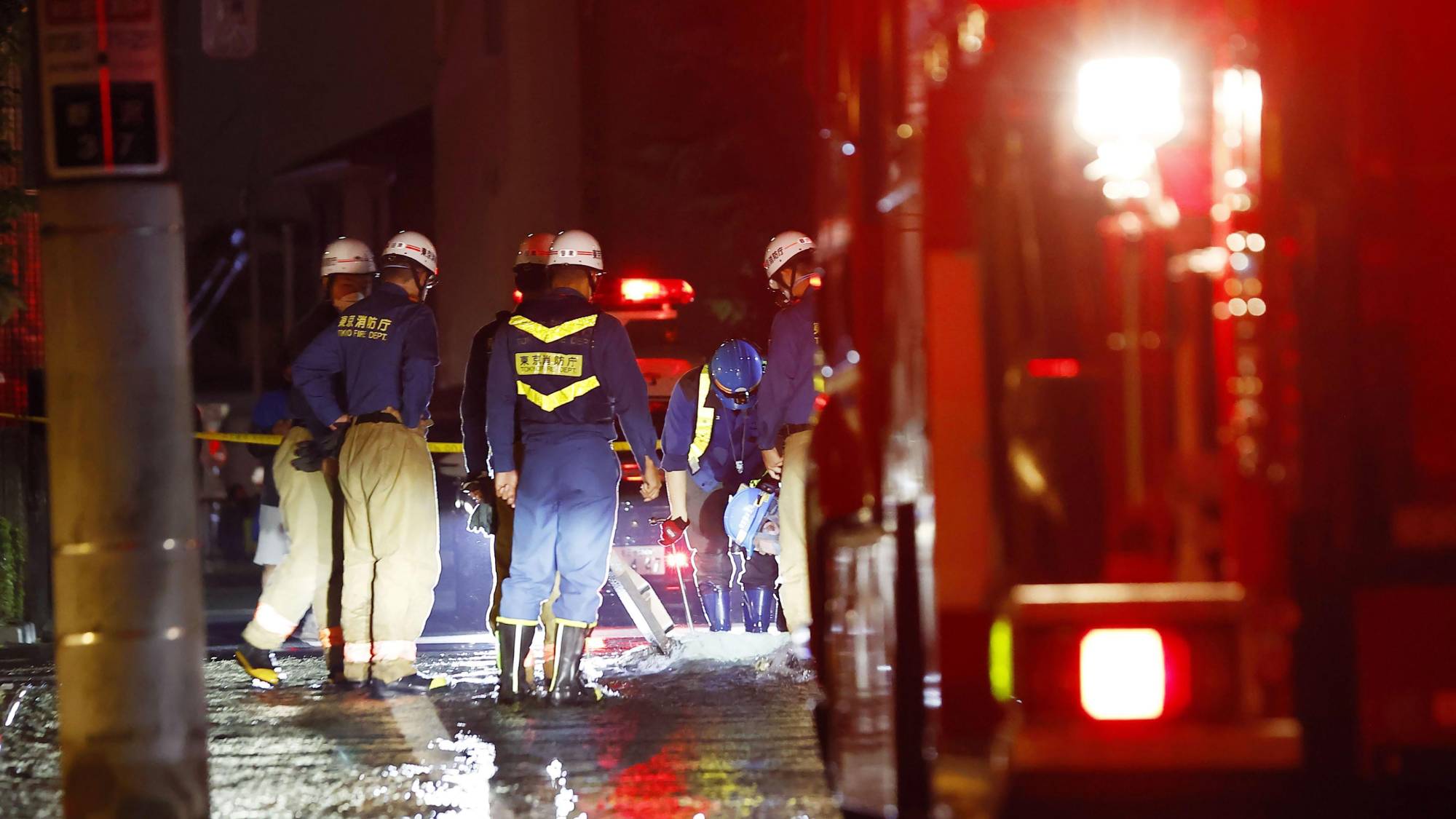 It caused buildings to sway and hanging objects such as signs to swing violently. Chief cabinet secretary Hirokazu Matsuno said there were no abnormalities at nuclear power facilities in the area.

Most trains operated Friday morning but with major delays and entry restrictions to avoid overcrowding. There was a long waiting line outside of Shinjuku station in Tokyo, and hundreds of morning commuters were overflowing from the Kawaguchi station. 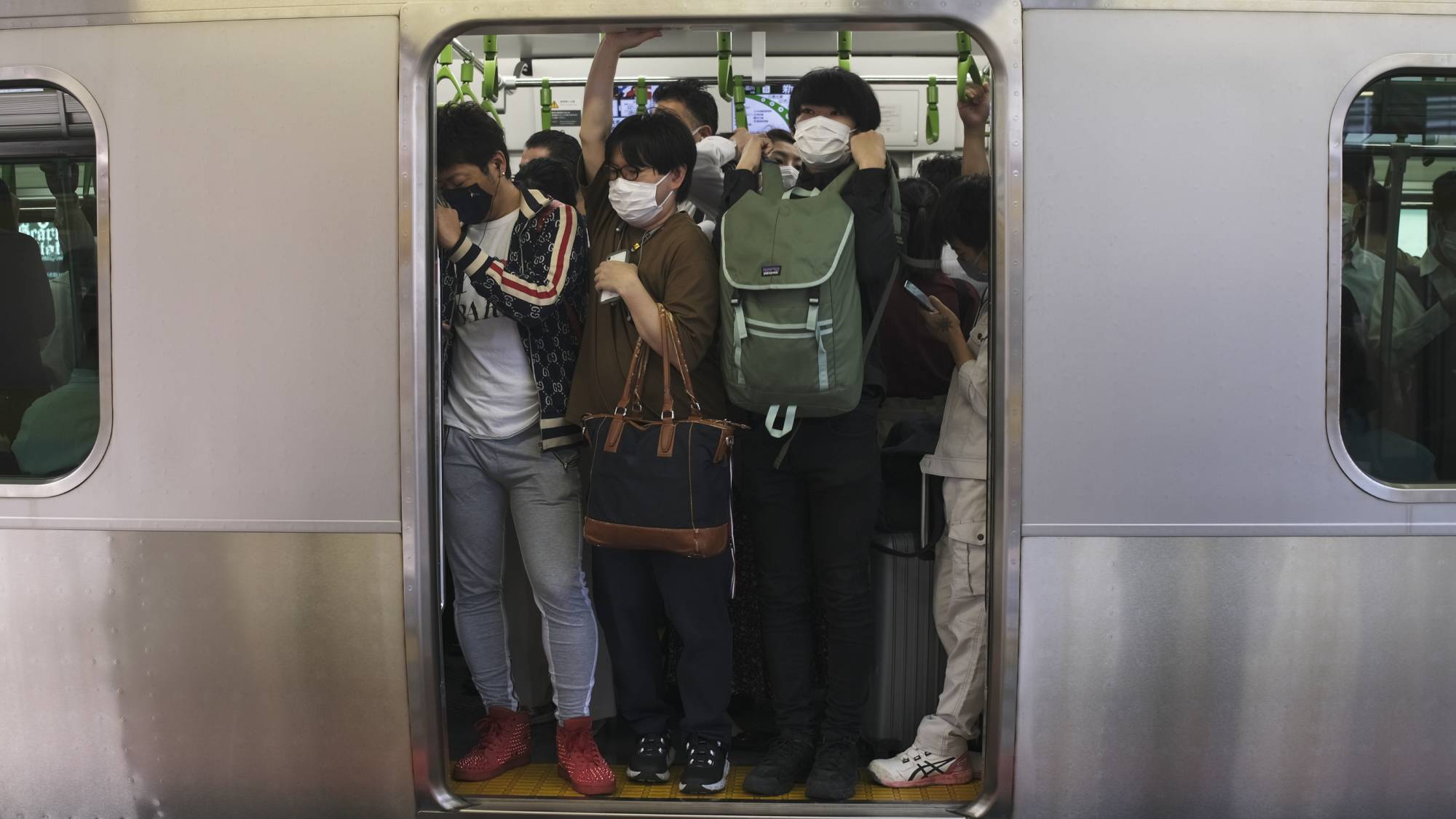 The Fire and Disaster Management Agency said Friday that 32 people were injured, three of them seriously, from the quake.

Police in Chiba prefecture, where 11 people were injured, said two women in separate locations sprained their ankles when they were thrown to the floor during the quake. A commuter train partially derailed in eastern Tokyo when it made an emergency stop, causing three passengers to fall and get slightly injured, according to the disaster management agency.

Others were injured in Kanagawa, Saitama and Gunma prefectures.

“Shinkansen” super express trains in and out of Tokyo were halted for safety checks but later resumed operation, East Japan Railway Co. said.

Tokyo’s Yamanote loop line and subways restarted late Thursday, but with major delays. Outside of Tokyo's Shinagawa station, where local trains were temporarily halted because of power outages, there was a long line of people trying to get taxis home.

Dozens of people in Tokyo, Kanagawa and Chiba were stranded at stations, and some took shelter at facilities set up by local municipalities.

Many elevators automatically stopped, including those at Tokyo's metropolitan government building, temporarily trapping some people. 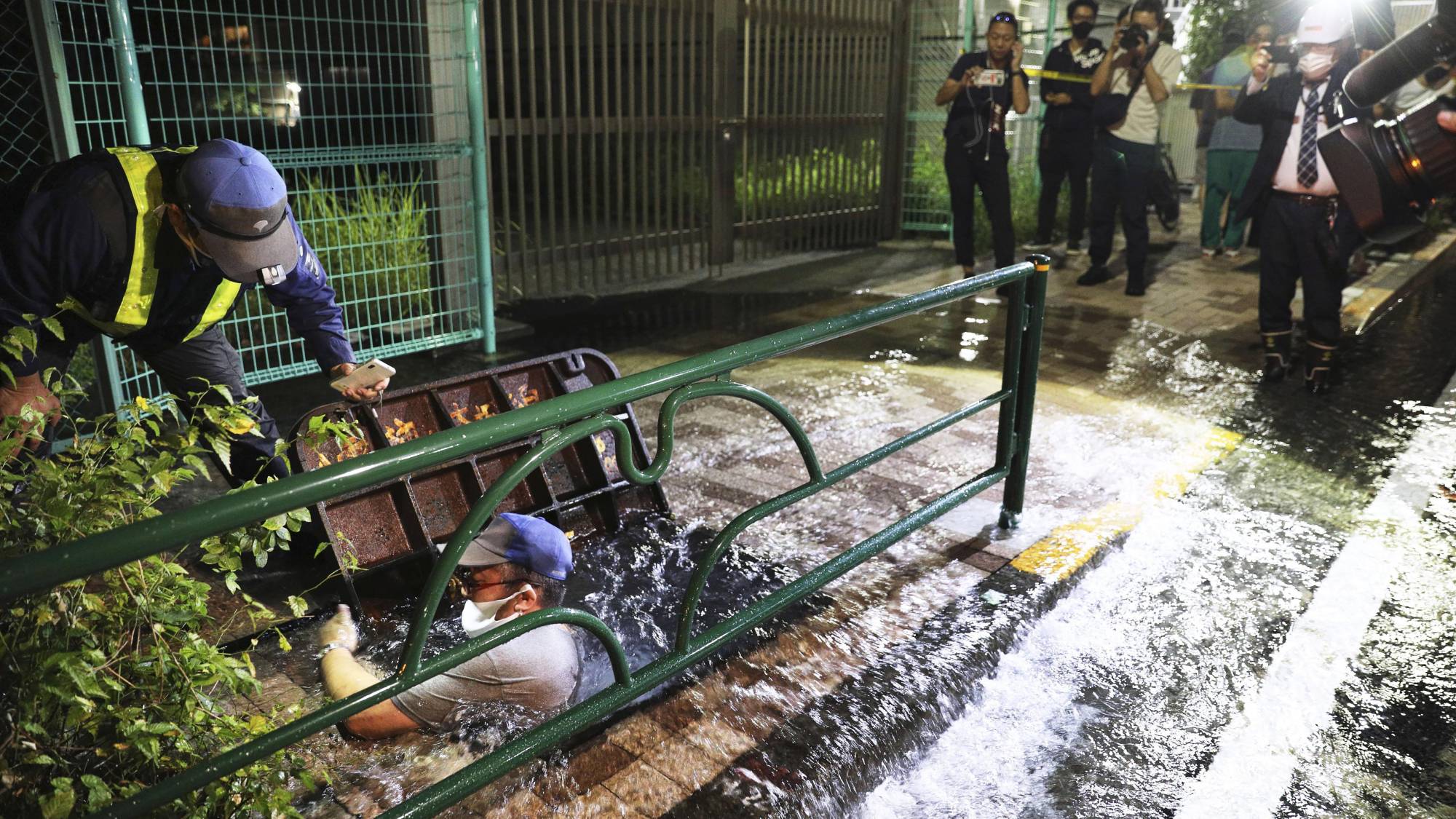 Fire and disaster officials said underground water pipes were damaged in dozens of locations in Tokyo. In one district, water was gushing from the ground.

New Prime Minister Fumio Kishida posted a message on Twitter urging people to “check the latest information and take action to protect your lives.” He said it was the strongest shaking in Tokyo since March 2011.

Kishida returned to his office late Thursday to lead the government's response.