A very loyal golden retriever has been spotted chasing after an ambulance containing its owner all the way to hospital.

A very loyal golden retriever refused to leave its injured owners side and chased after an ambulance all the way to hospital.

The dog can be seen trying to climb aboard the ambulance, at Turkey's Buyukada Island, before medical staff usher the animal away due to health and safety concerns.

Footage released by Reuters shows the pooch desperately trying to enter the ambulance after its injured owner – an unidentified woman in a wheelchair – was loaded inside. 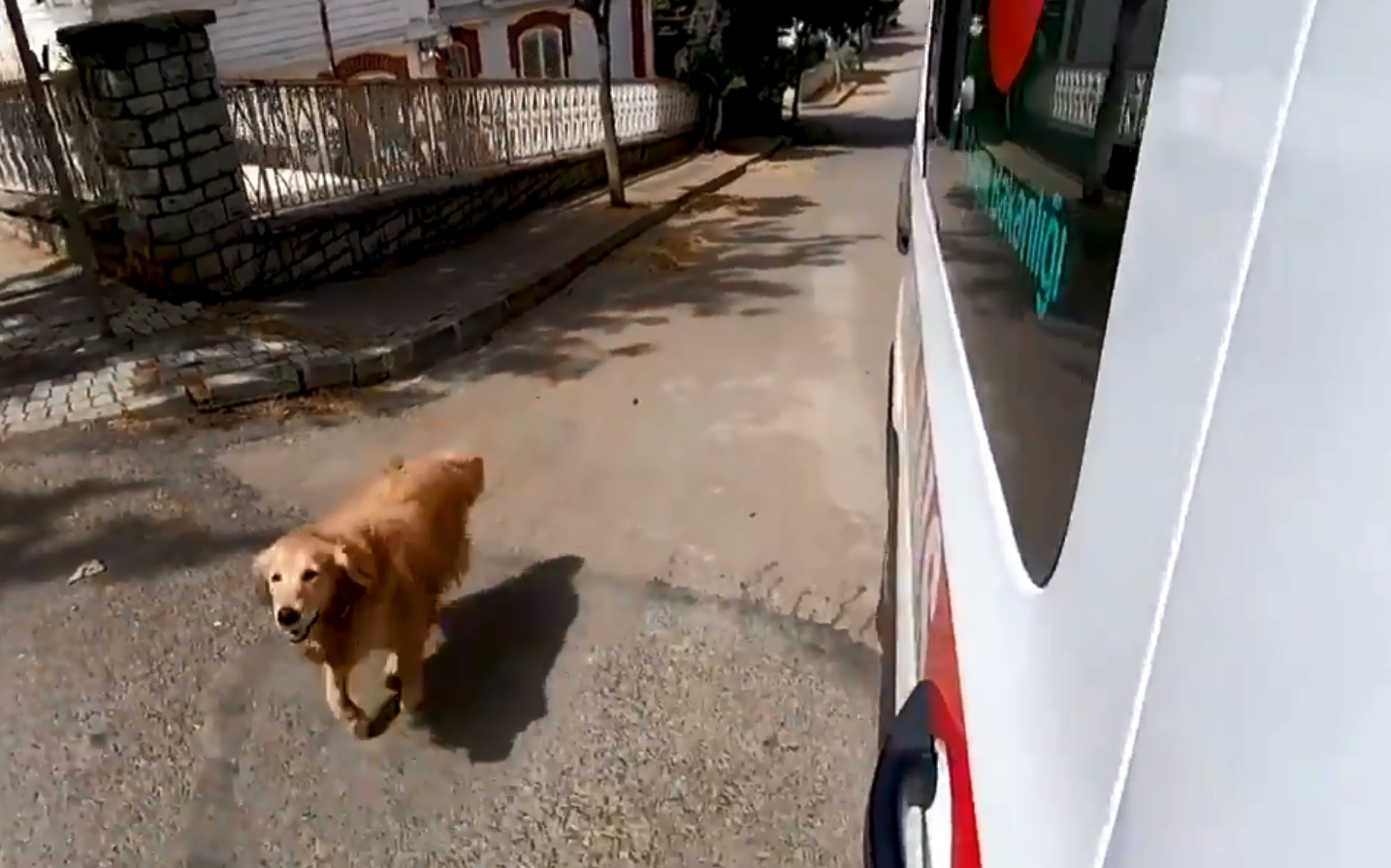 The animal was then captured running behind the vehicle for several blocks, never letting the ambulance get more than a few metres away, all the way to a hospital.

The dog frantically chased the ambulance for several kilometres.

Even as the woman was unloaded at the hospital, it continued its faithful watch and was seen patiently waiting outside the entrance while the woman was treated by doctors inside. 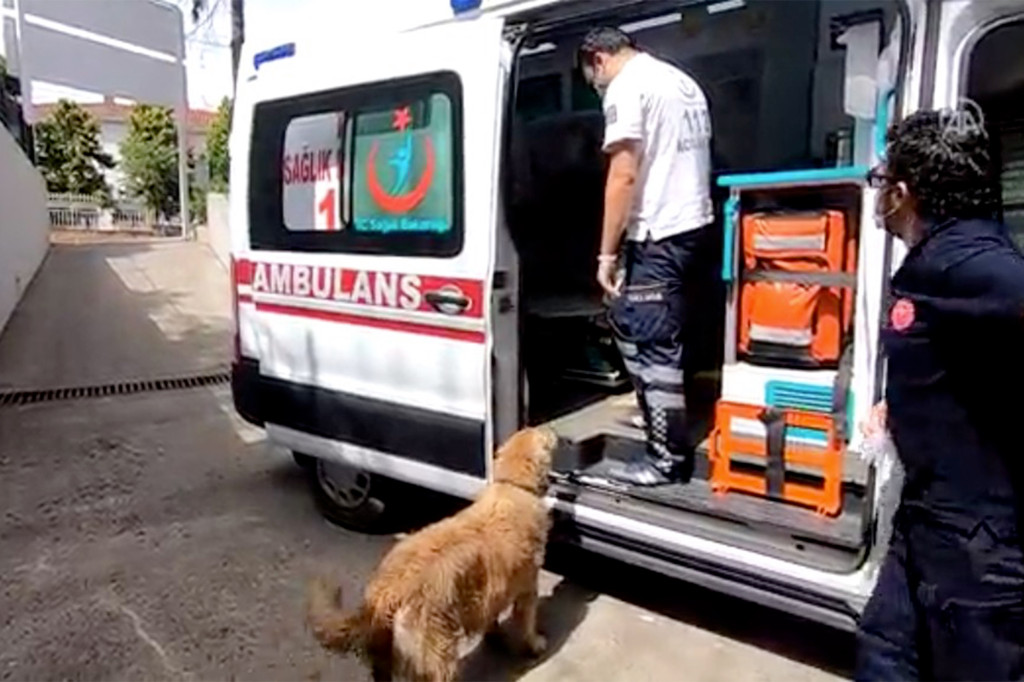