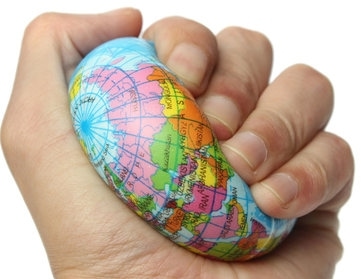 The only way for humanity to solve its environmental problems may be to abandon our quest for continual economic expansion. It’s time to study what a future of degrowth might look like, some researchers say. By Bob Holmes. A growing economy is a healthy economy, almost everyone today agrees. But not Giorgos Kallis, an environmental scientist […]

The post Looking for Economic Prosperity without Growth appeared first on Tasmanian Times.

The only way for humanity to solve its environmental problems may be to abandon our quest for continual economic expansion. It’s time to study what a future of degrowth might look like, some researchers say. By Bob Holmes.

A growing economy is a healthy economy, almost everyone today agrees. But not Giorgos Kallis, an environmental scientist at the Autonomous University of Barcelona, Spain.

Kallis and his colleagues argue that the looming climate crisis threatens to bring the modern era of continuous economic growth to an end, and it’s time for researchers to study how society could function and prosper in the absence of growth — a condition he calls ‘degrowth’. It’s an idea that has been around for several decades, particularly among radical environmental activists, but only recently have researchers drawn together to study degrowth in a systematic way. 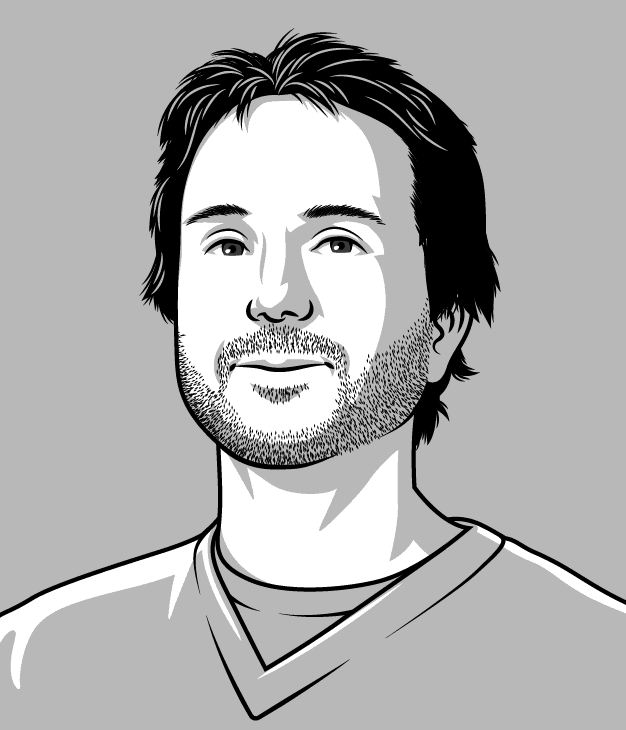 With training in environmental engineering, economics and environmental policy, Kallis bridges the many disciplines involved in degrowth. He recently co-authored a review on the subject in the 2018 Annual Review of Environment and Resources and spoke with Knowable about how to study what might happen if we dump the widely accepted assumption that prosperity requires growth.

This conversation has been edited for length and clarity.

What is economic growth?

Formally, it’s defined as the annual increase in GDP [gross domestic product], and by GDP we mean the market value of goods and services in an economy. But beyond that, economic growth is a broader process of increasing or accelerating transformation of the environment, of the speed with which we work and communicate, produce and consume, et cetera.

What’s wrong with continued economic growth? It sounds like a good thing.

Environmentally speaking, growth is a huge problem. In terms of climate change, carbon emissions are directly related to the pace of growth of the economy. We have had real reductions in carbon emissions globally, but only in years the world economy also slowed down. The economy is growing again, and carbon emissions the last two years have gone up.

Wouldn’t ‘green’, or sustainable, growth be the answer then?

Behind the idea of green growth is the idea of decoupling, that we can have higher and higher GDP using fewer and fewer resources. But our reading of the data is that this is really unlikely. You can have slower growth of resource use than the growth of your GDP — what is called relative decoupling — but you cannot have fewer and fewer carbon emissions and more and more GDP.

Some people would argue that we can shift to solar energy or wind or nuclear power and keep growing the economy. It is definitely necessary to do this, but we question whether such a transition would be really compatible with continued GDP growth. Fossil fuels are unique in the amount of net energy they can provide; renewables have a lower energy return. An economy of low energy returns and low labour productivity — since substantial resources will be redirected from more productive sectors to energy production — is unlikely to be a bigger, growing economy.

READ:  My Family Had To Do Social Distancing For 5 Weeks In 2014. Here's What We Learned.

We’re saying we should have a greener and more inclusive society, and that this is probably not compatible with growth. Either there will be an uncontrollable collapse of the economy through a climate breakdown, or we will have to adapt to a very different type of economy that’s compatible with not-catastrophic climate change. Either way, this would mean a dramatic transformation of the economy, either forced or more intentional. More and more, we will have to be in a context of trying to maintain some level of prosperity without growth. So what do we do? These questions should no longer be taboo.

What are the most pressing questions that we need to answer now?

Some communities create their own currency.

The first one is this: to see if we can learn something from societies — recent ones like Cuba or, in the past, like classical Greece — that managed to secure well-being without growth. We can learn something from them that’s relevant today. The second question is to start developing economic policies and models of how this could work: How could you have an economy that prospers without growth? There is a lot of diversity already in the current economy. There are nonprofits, there are social enterprises, there are community currencies — alternative structures where people produce, consume in a different way. Let’s study these alternatives, because they carry the seeds of something different.

You’ve argued that Cuba after the fall of the Soviet Union is an example of a society that has maintained well-being, to some extent, without growth. Please explain.

Suddenly Cuba’s import of oil from the Soviet Union collapsed and it had a huge economic depression, coupled with an embargo from the US. The way certain sectors in Cuba adapted to this external shock has lessons to offer us in the context of how we might adapt to a similar shock of climate change or an energy shortage.

The point is not that everyone should become like Cuba. Cuba has a lot of problems. But there aren’t many examples of industrialised societies — and Cuba was an industrialised society — that managed to adapt to a collapse like that. Resources were reallocated so that the public health and education systems didn’t suffer. Health and life expectancy didn’t fall, despite a dramatic fall in the economy. Compare that to the former Soviet Union, where you had a dramatic fall in life expectancy. This means that there is something interesting to look into with Cuba.

READ:  Sydney covered in clouds ahead of wet weekend

What about the past? Are there lessons we can learn there?

This is an invitation for research, rather than a research finding. We know there were civilisations that flourished in periods where they did not necessarily expand economically. Greece in the classical period would be an example. And many civilisations tried to put limits on how much money an individual could accumulate, or how much money you can lend, or interest rates. We have examples where we know society tried to limit and tame this self-perpetuating character of growth. And we know there are societies that flourished without having constant growth.

The easy but stupid critique to that is, “Oh, you want us to go back and be like hunter-gatherers or live like the Romans?” No, that’s not the point. We’re not saying look at how other civilisations are better, we’re saying let’s study other civilisations to get ideas about how things could potentially work differently in our society.

What would a degrowth future look like? Can you speculate a bit?

It would definitely involve much less material and energy use. We will have to live lives that are much leaner, in material terms. Food would be delivered from closer distances, not flown from the other side of the world. Energy would be locally produced in renewable forms. In a future society, after climate change — or a society that has managed to temper climate change — I cannot imagine that people would be able to just get on a plane and fly wherever they want. Our material life would be more constrained — but it could be better, by putting more emphasis on relationships and well-being and community. 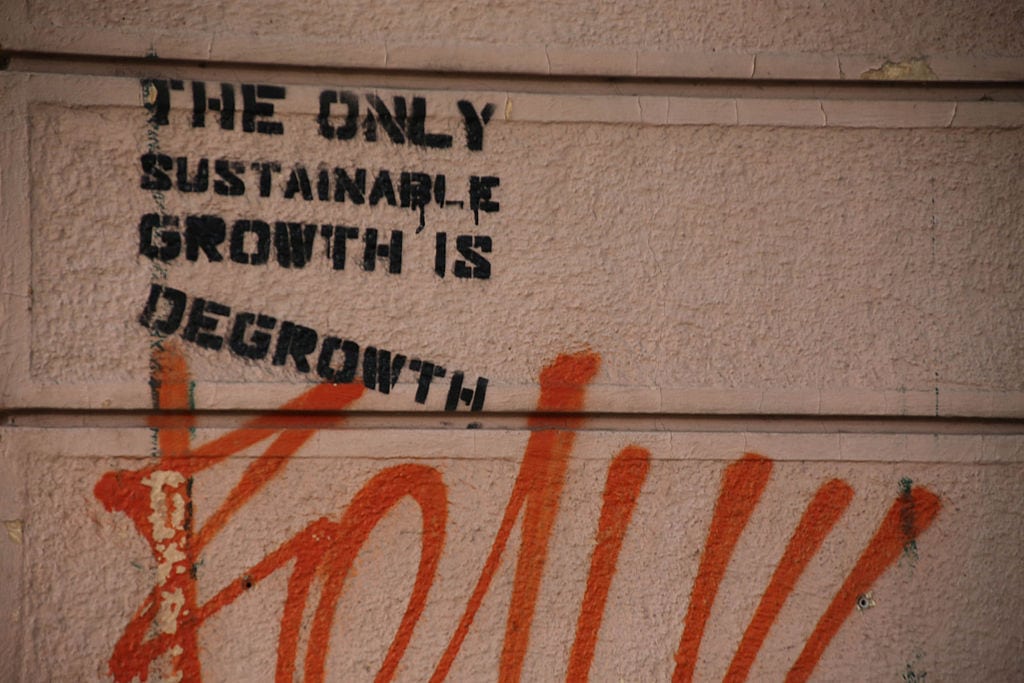 People worry that their jobs and pensions depend on growth. What do you say to them?

We don’t have the answer, but we do have growing knowledge pointing to small bits about technology, democracy, other civilisations, that make us think there are some alternatives here and there, such as greater reliance on sharing material goods, that may be working and that we should study.

READ:  It's Totally Normal To Feel Weird, Anxious Or Scared Right Now. We're In A Period Of Grief

How have other researchers received your ideas?

Within mainstream economics, fundamental critiques of growth are anathema. But I would say that most climate scientists know deep inside that the idea of solving climate change while the economy keeps growing is close to a fantasy.

How fast do we need to do this? Is this an emergency?

Climate change is an absolute emergency. People are saying we have to act within the next 10 to 15 years. I’m not very optimistic, though. I don’t see action being taken. So in that sense, I’m thinking more about how we will take care while the system gets more and more destabilised.

It’s already starting, and I think there are going to be convulsions. So it’s important to produce a new type of knowledge that we need for this era instead of answering questions, especially in economics, that were invented for a previous era. We are stuck with questions that have to do with a period of nineteenth-century expansion, while in the twenty-first century we are thinking about how can we make a soft landing. It’s a very different objective.

Do you think we’ll get this figured out in time?

I’m not optimistic. To think that tomorrow people will wake up and come to their senses and realise that climate change is a huge problem and economic growth is unnecessary, and take action on that? No, I don’t think this will happen. But this doesn’t make me a pessimist. History has always been dire. I don’t think I’d be better off living 100 years ago, having two world wars in front of me, or facing famines. History never stops, and constantly there’s a moment of fighting for things to be better.

The last 200 years, we lived in a capitalist society where growth is fundamental for the stability of the system. Maybe there is no alternative, and the only way is to have growth. If this is becoming catastrophic, what do we do? Do we bow our heads to catastrophe, to disaster, or can we think outside of that? We know that we humans are very inventive. Why can’t we think of alternatives? Why is this the only thing where we can’t think differently?

Bob Holmes is a science writer based in Edmonton, Canada. He has a PhD in Ecology and Evolutionary Biology and writes about about evolution, ecology, environment, genetics, biomedicine, anthropology, and other topics.

The post Looking for Economic Prosperity without Growth appeared first on Tasmanian Times.