U.S. authorities have announced the discovery of the longest smuggling tunnel ever found on the Southwest border.

U.S. authorities have announced the discovery of the longest smuggling tunnel ever found on the Southwest border, stretching more than a kilometre from an industrial site in Tijuana, Mexico, to the San Diego area.

While there were no arrests, no drugs found at the site and no confirmed exit point in the U.S., the length — more than 14 football fields — stunned authorities.

Read more: Inside the drug running tunnels between the US and Mexico 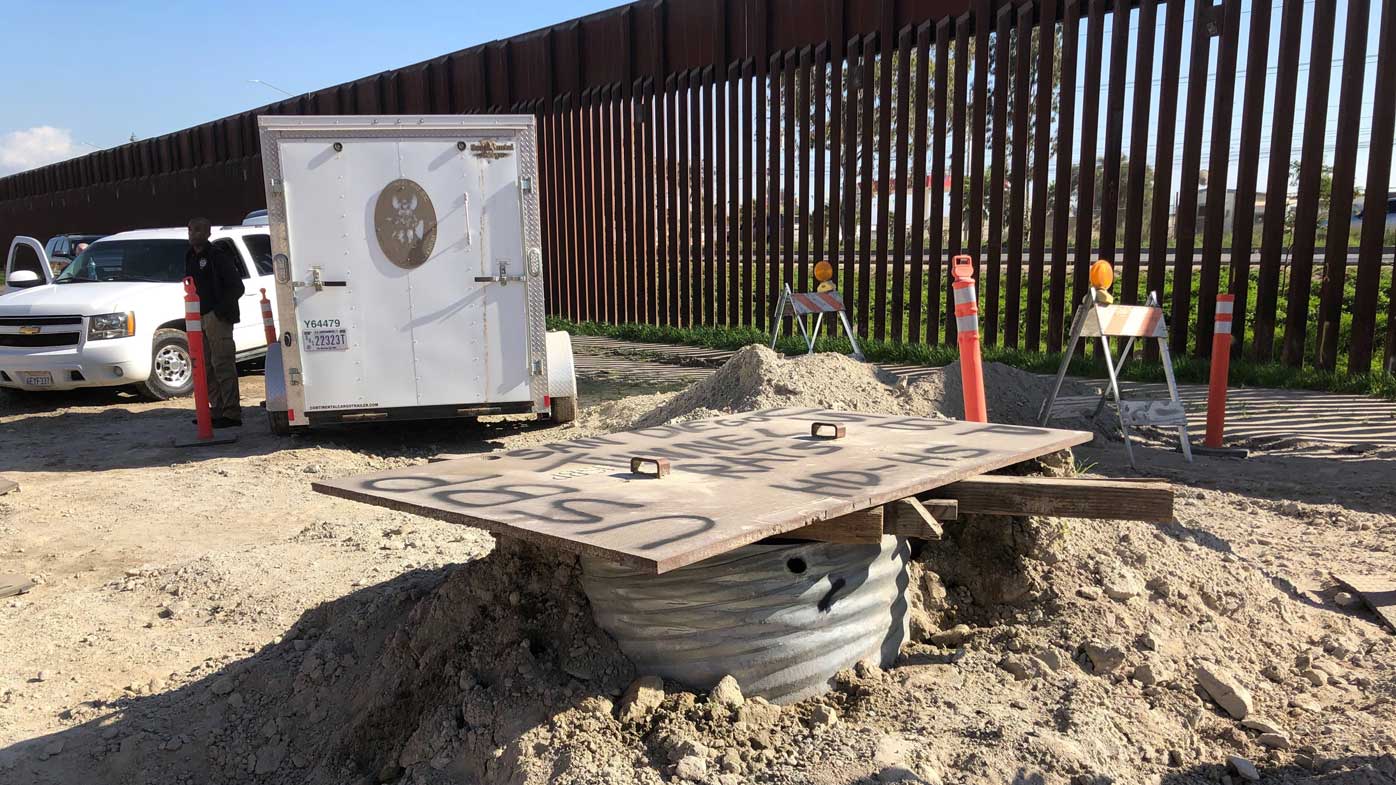 "This one blows past (the second-longest)," said Lance LeNoir, a Border Patrol operations supervisor. "We never really thought they had the moxie to go that far. They continue to surprise me."

The tunnel exposes limitations of President Donald Trump's border wall, which stretches several feet underground in the area and is considered effective against small, crudely built tunnels often called "gopher holes." The one announced Wednesday was found about 21m underground, well below the wall.

Following the discovery in August, Mexican law enforcement identified the entrance and U.S. investigators mapped the tunnel that extends a total of 1313m. 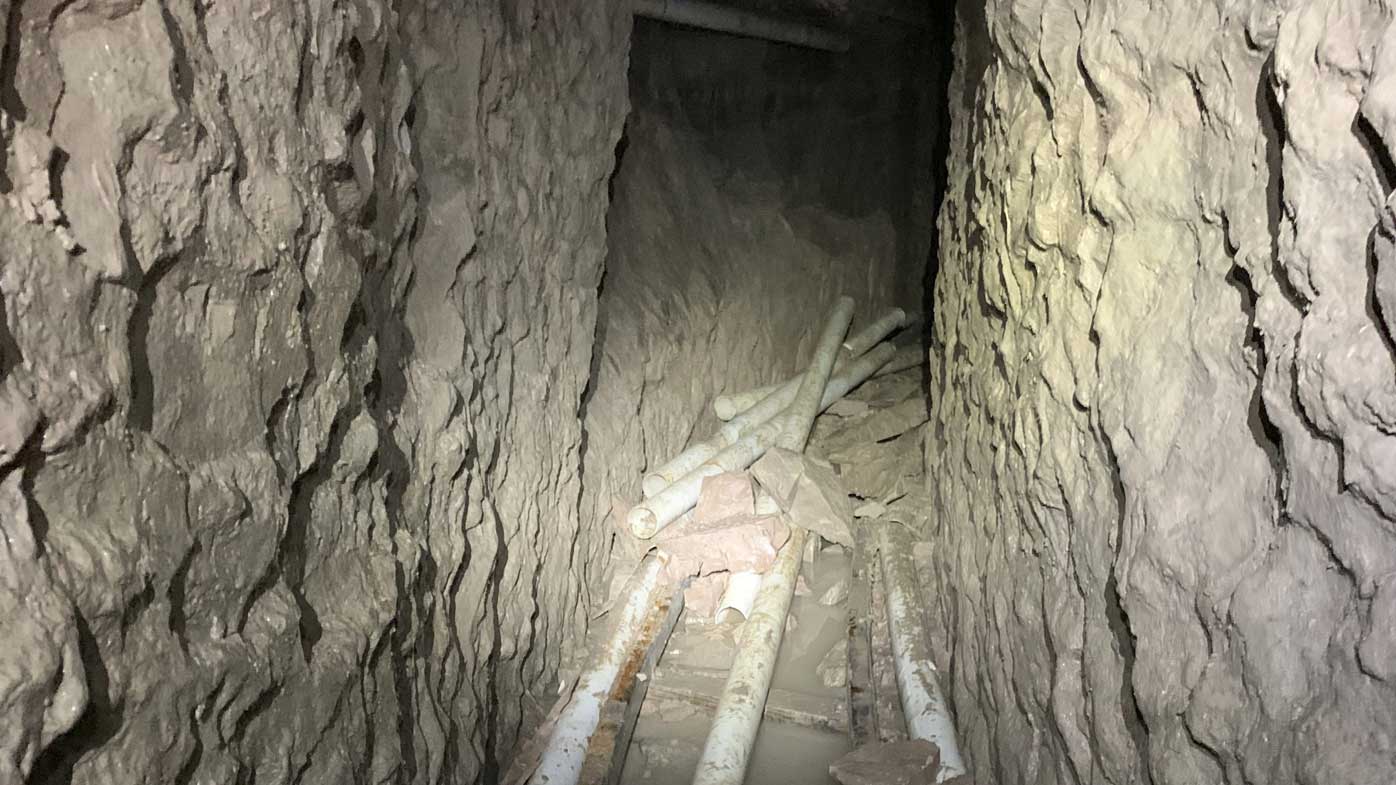 That makes the tunnel longer than the Sydney Harbour Bridge

The newly discovered tunnel is about 1.68m tall and 60cm wide and runs at an average depth of 21m below the surface, officials said. 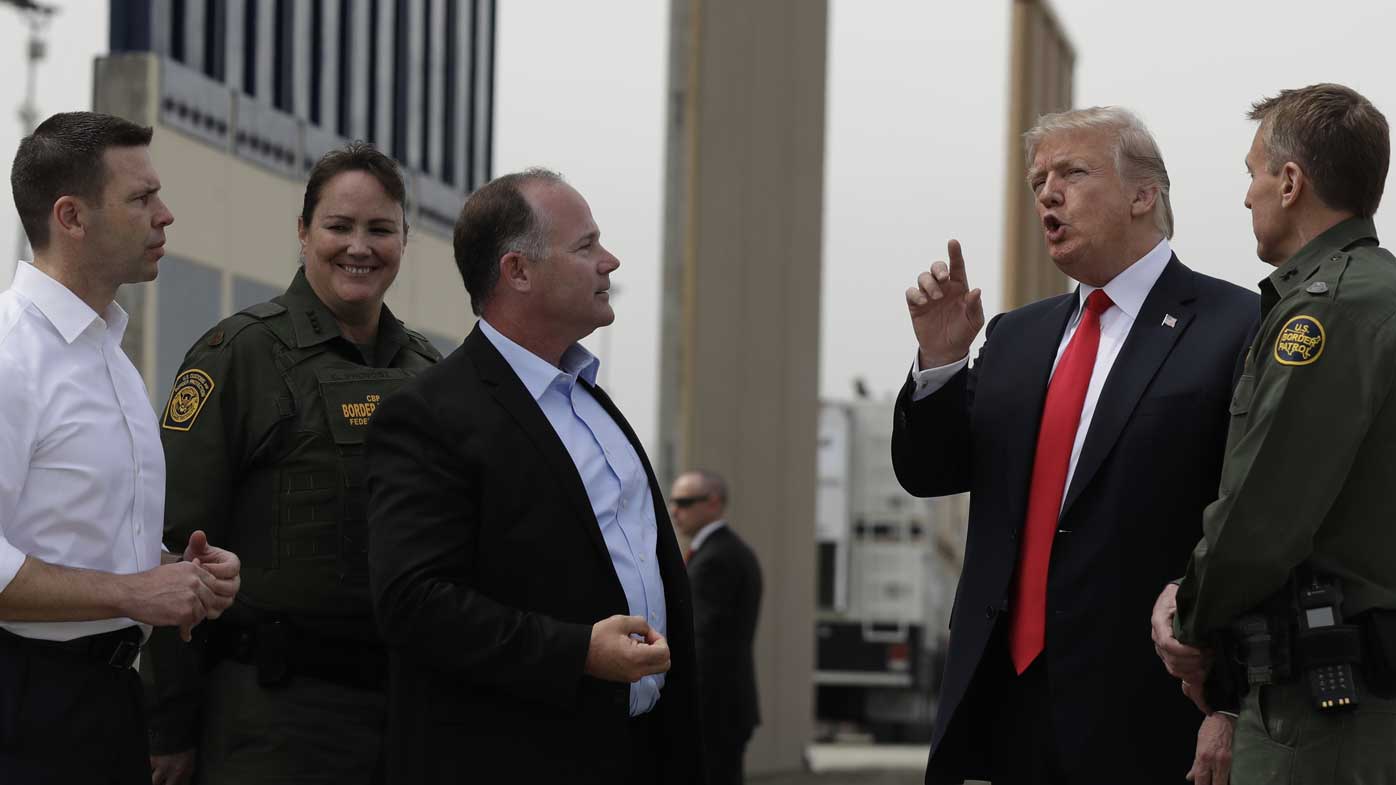 U.S. authorities say they are confident that the tunnel exited in San Diego at one time, based on its trajectory.

LeNoir, a veteran on the multiagency task force of tunnel investigators known as "tunnel rats," said he made his way through about 15m of sugar sacks blocking the tunnel but couldn't go any farther.

An incomplete offshoot of the tunnel that extended 1090m suggested to authorities that smugglers had plugged an initial exit point and were building another. 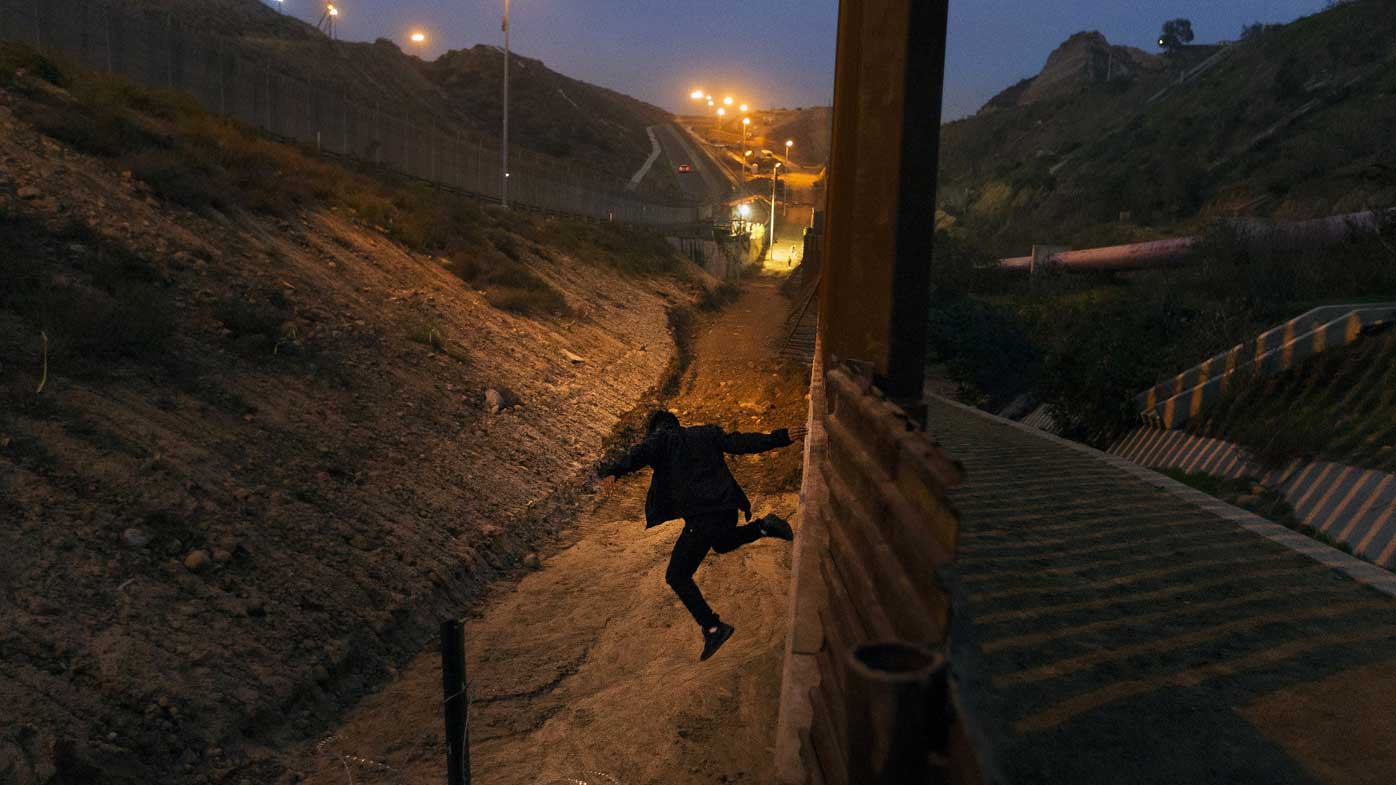 The suspected previous exit "became unsustainable for whatever reason, so they built a spur," Border Patrol spokesman Jeff Stephenson said.

By federal law, U.S. authorities must fill the U.S. side of tunnels with concrete after they are discovered.

Authorities have found 15 sophisticated tunnels on California's border with Mexico since 2006, with hallmarks including lighting, ventilation, railway tracks and hydraulic lifts. 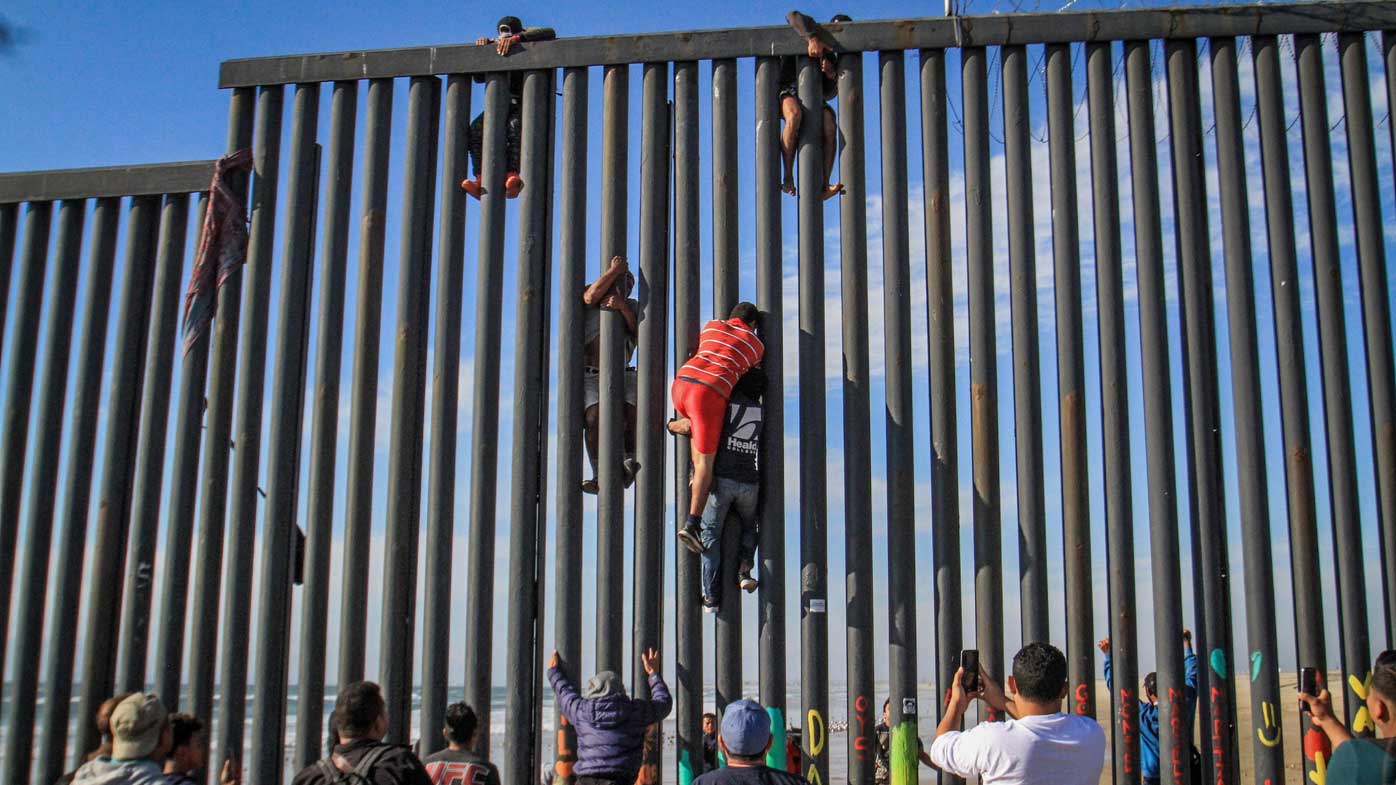 The tunnels are concentrated in Otay Mesa, an area where clay-like soil is conducive to digging and warehouses provide cover.

The latest tunnel was discovered by Mexican authorities in a Tijuana parking lot for cargo trucks, next to the city's airport.

U.S. authorities mapped its course, drilled a hole on the U.S. side and lowered a camera to determine where to start making their way through.

"It was endless," LeNoir said. 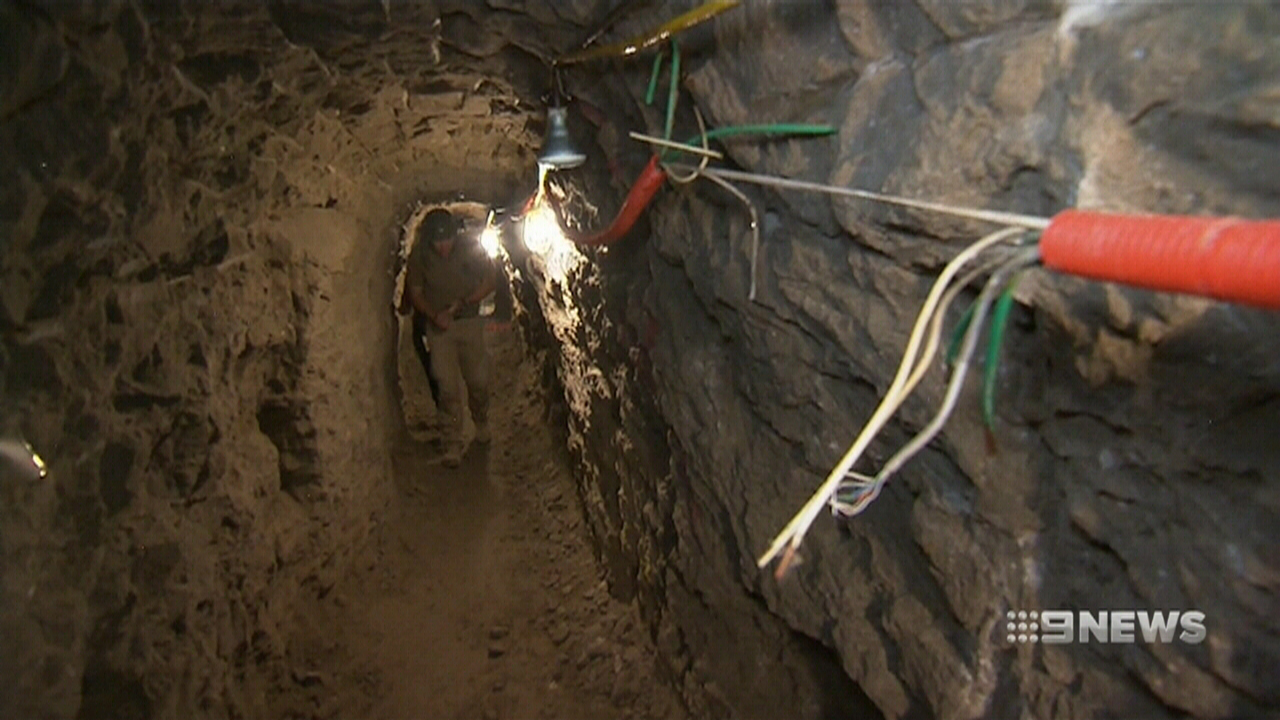 Authorities didn't say who they believe was behind the tunnel but the area has been a stronghold of Mexico's Sinaloa cartel.

Tijuana is officially the most dangerous city on Earth. 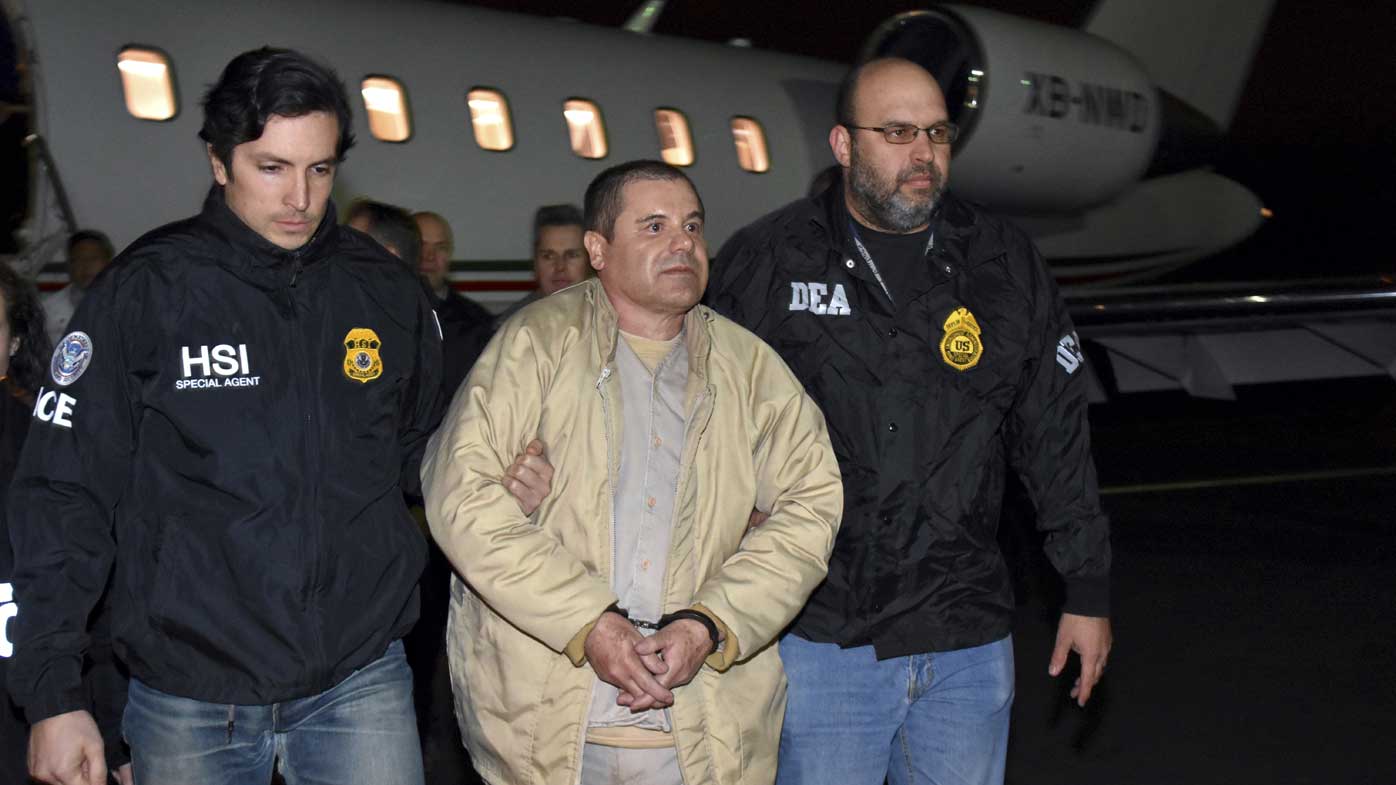