Victoria has recorded no new local cases of COVID-19 amid fears hundreds of footy fans may have potentially been exposed to the virus.

Victoria has recorded no new local cases of COVID-19 amid fears hundreds of footy fans may have potentially been exposed to a positive infection on Melbourne trains.

Nearly 22,000 tests were conducted in the past 24 hours and one case was acquired overseas in hotel quarantine.

Health authorities are urging hundreds of fans to come forward and get tested for COVID-19 after the man who contracted the virus in a South Australia medi-hotel travelled on two trains.

Health Minister Martin Foley said the infected man's trip on a train from Flinders Street to Craigieburn coincided with the end of the AFL game between Richmond and Geelong. 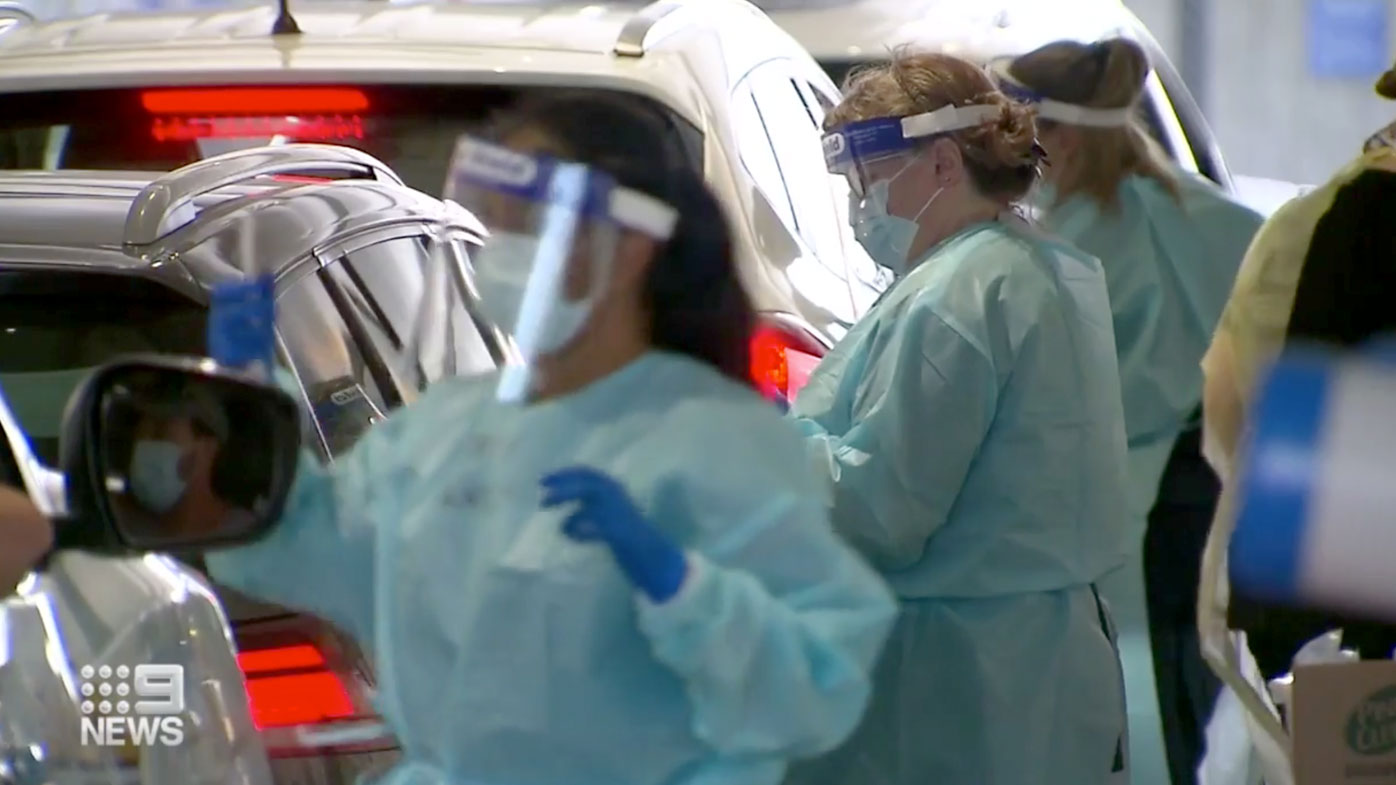 The man travelled from Craigieburn to Southern Cross station which departed at 5.28pm on May 7.

He then returned to Craigieburn from Flinders Street station at 10.20pm.

The two clubs are contacting fans who attended the game directly and authorities are scouring CCTV to determine if and when the infected man came into contact with others in the community.

All passengers on the trains, no matter what carriage and where they boarded and alighted, need to get tested and stay isolated until they return a negative test.

Melbourne's north, where many of the tier one exposure sites are located, saw massive queues at COVID-19 testing clinics yesterday.

Authorities are anticipating the long lines will continue today in the hope that more of those who attended the AFL game will come forward for testing.

So far, 81 primary contacts have been identified across four of the tier one exposure sites and 41 have been confirmed negative results.

The rush to locate those potentially exposed to the man comes as authorities confirm the infected man did catch the virus while quarantining in Adelaide's Playford Hotel quarantine facility. 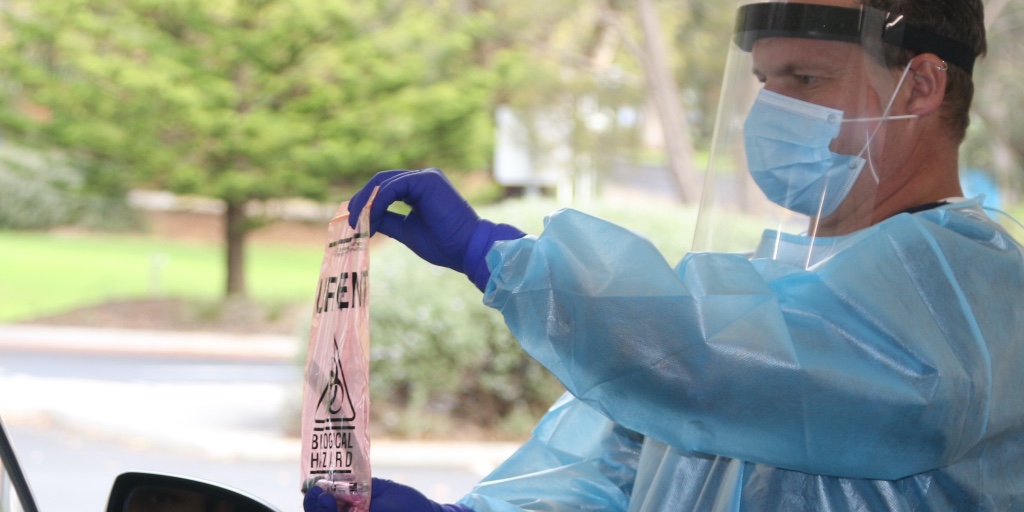 As testing in Greater Melbourne continues, South Australian authorities are tracking down 45 people who were quarantined on the same floor as the infected Melbourne man.

SA Health confirmed to 9News they don't yet have a confirmed number on how many of those 45 people have been contacted, but they are asking all those who have already been released from quarantine to go back into home-quarantine for another 14 days as a precaution.

They confirmed 10 of those 45 people are in South Australia, but the other 35 are not locals and have since left state quarantine.

Neither Victoria or South Australia have seen any new local cases of the virus since the Melbourne man's infection from the hotel was confirmed, but authorities are urging anyone who may have been exposed to get tested, isolate and monitor for symptoms.