Sabina Kc has come up with a special way to describe her son, Divyank, three, when other children ask her ‘what’s wrong’ with him.

Sabina Kc has come up with a special way to describe her son, Divyank, three, when other children ask her 'what's wrong' with him.

"I tell them him 'he has special superhero powers," she said.

"At a playgroup there were lots of kids asking questions, like 'why his eyes are popping out?'" 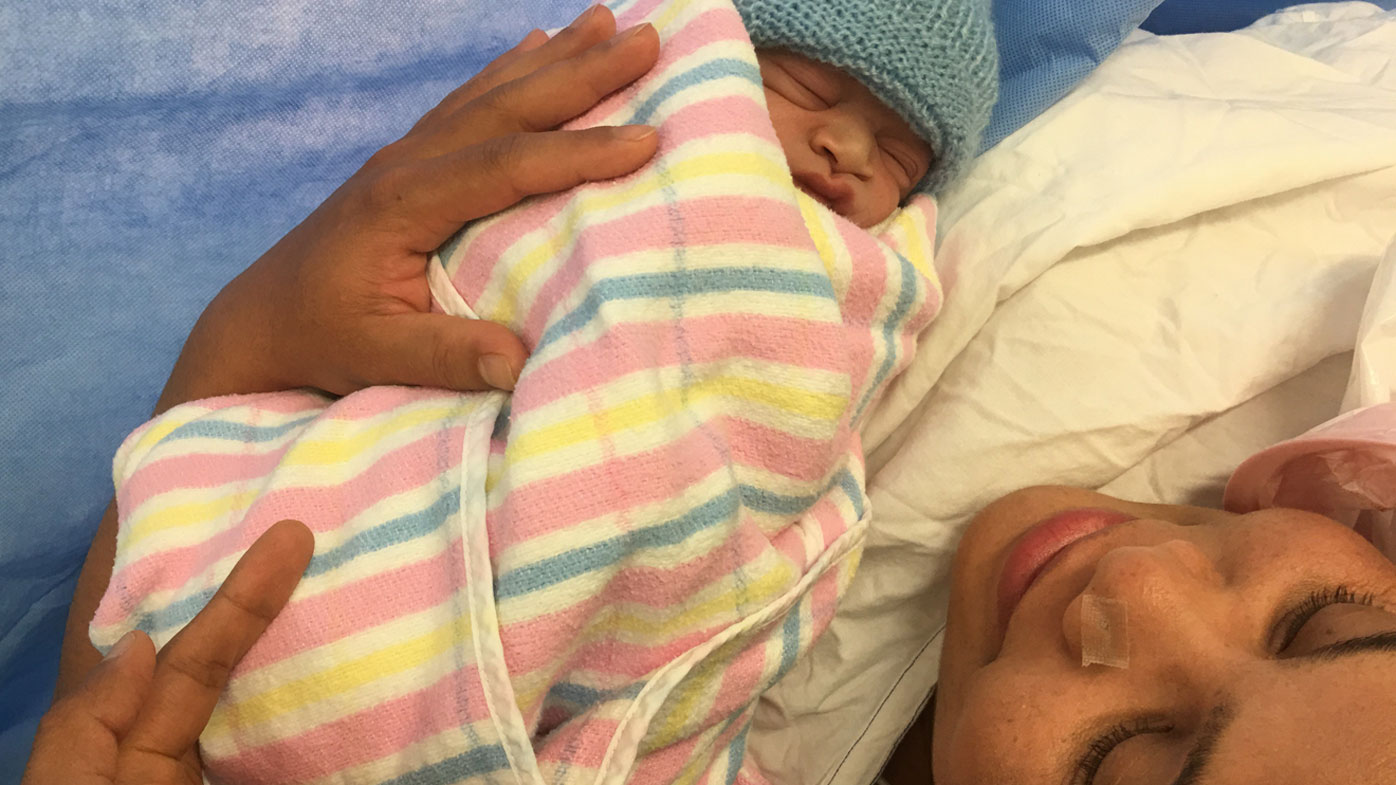 "I just make up the story, saying 'he has big eyes so he can see better," she said.

The Canberra mum admits dealing with other people's reactions is one of the hardest things about her son's craniofacial condition.

And she dreads what it will be like when he starts school. 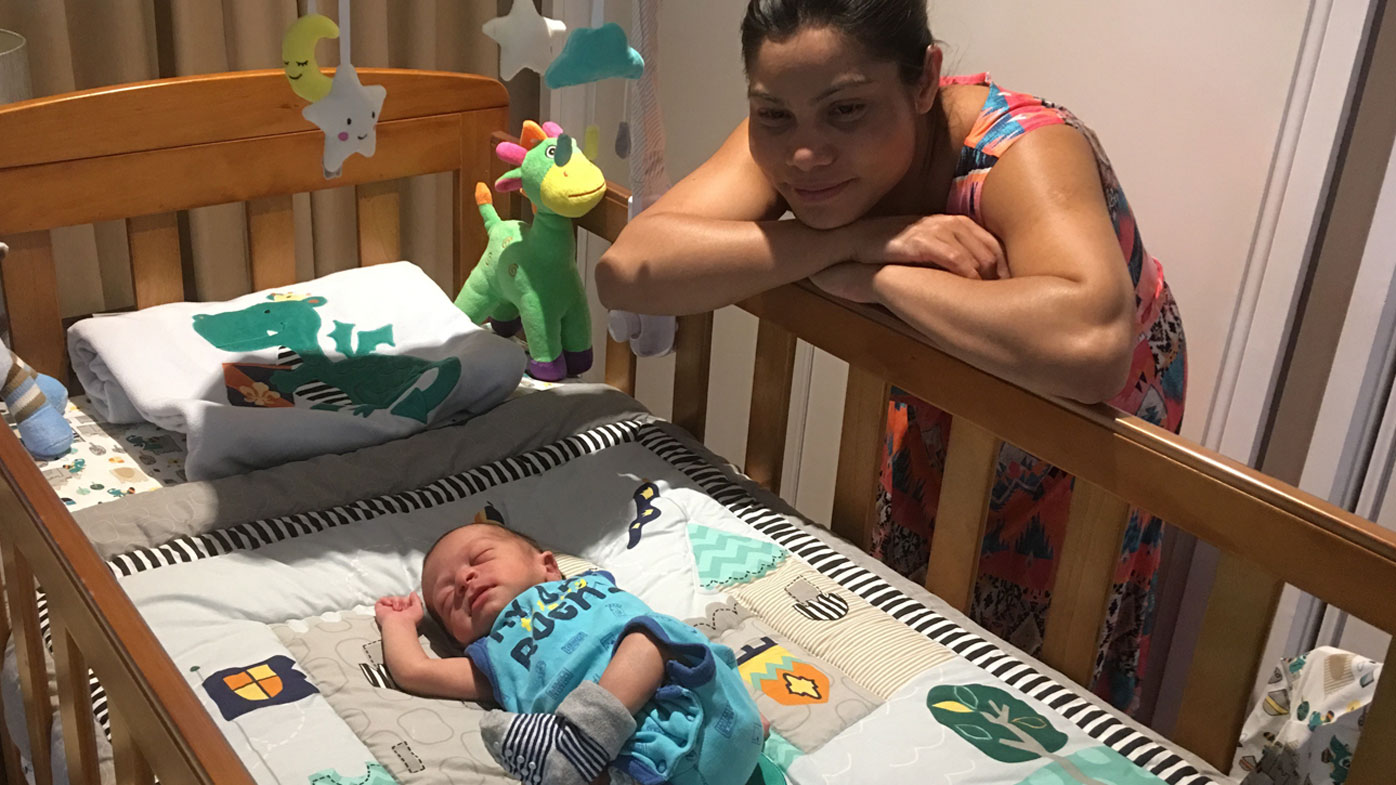 The genetic condition means the bones in his head and face haven't developed properly, and the family have been told he's the only child in Australia with such a severe case.

The former clerical worker, 39, and her husband Sanjeev, 42, never imagined their first baby would have severe health problems, after a normal pregnancy. 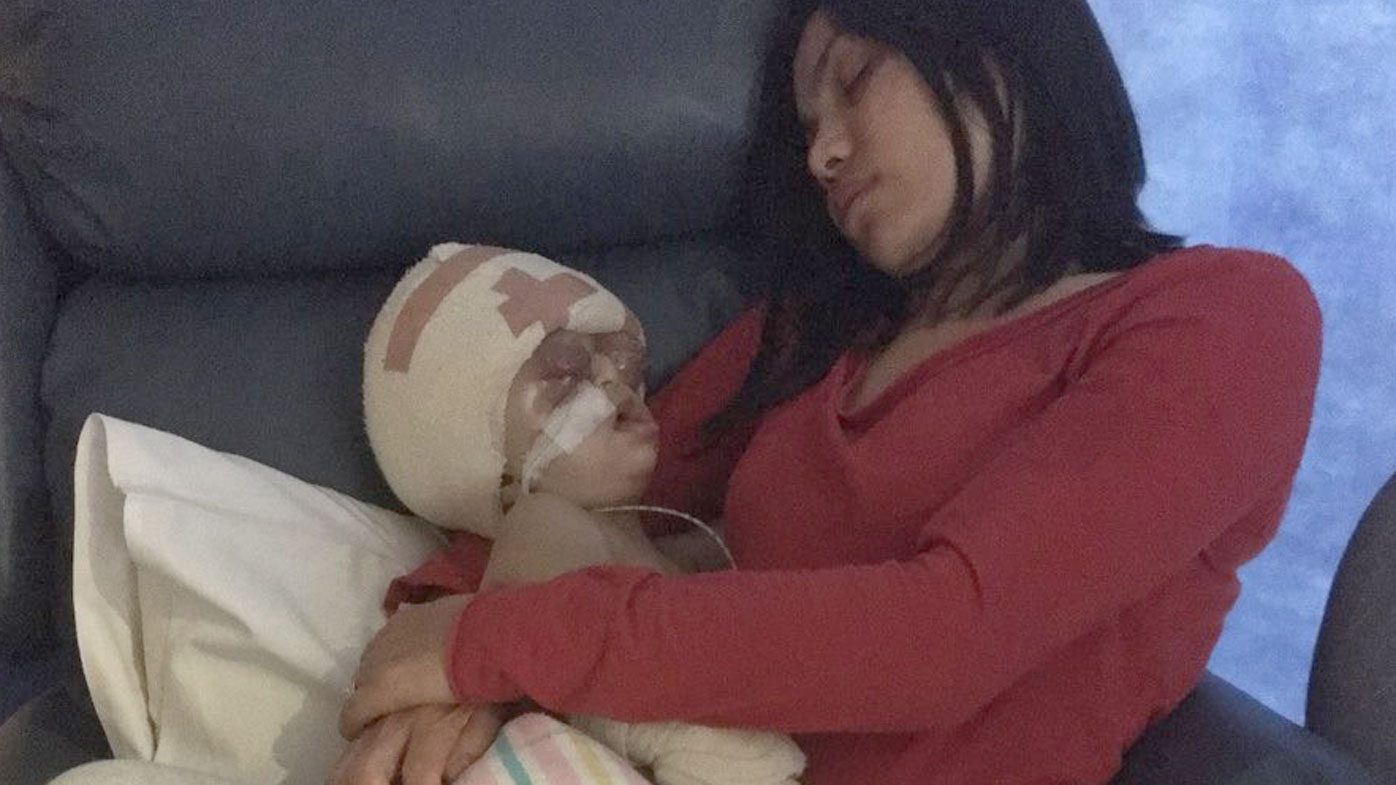 While she needed a caesarean for the birth, in December 2016, Sabina was excited to hold her baby for the first time.

It wasn't until the newborn was a few hours old that one of the nurses noticed a strange lump on his lower back.

Doctors thought he might have back condition, spina bifida.

After tests, medics said he was fine, and sent the family home.

But Divyank's health deteriorated, with Mr Kc especially convinced something was seriously wrong with his new son. 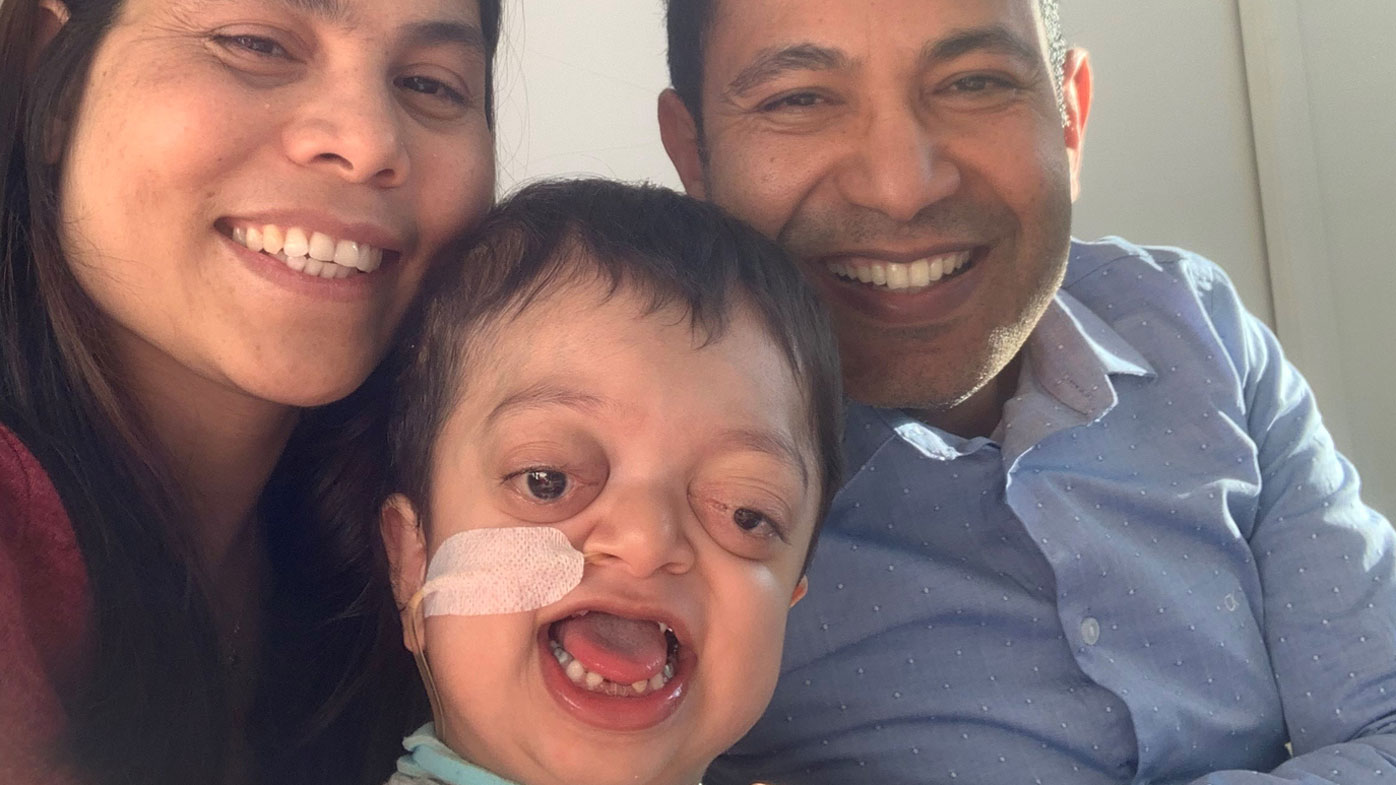 As he got older, things got worse.

Little Divyank struggled to breathe - he started making loud 'snoring' noises - his eyes were increasingly bulging, and his forehead was getting bigger.

He wouldn't leave his mother's arms, even for a moment, and he failed a hearing test.

But took months of medical appointments across three states before the couple finally got a diagnosis.

Dr David David, who set up the Australian Craniofacial Unit in Adelaide, was holding a clinic at Macquarie University Hospital in Sydney and the family got a last-minute appointment. 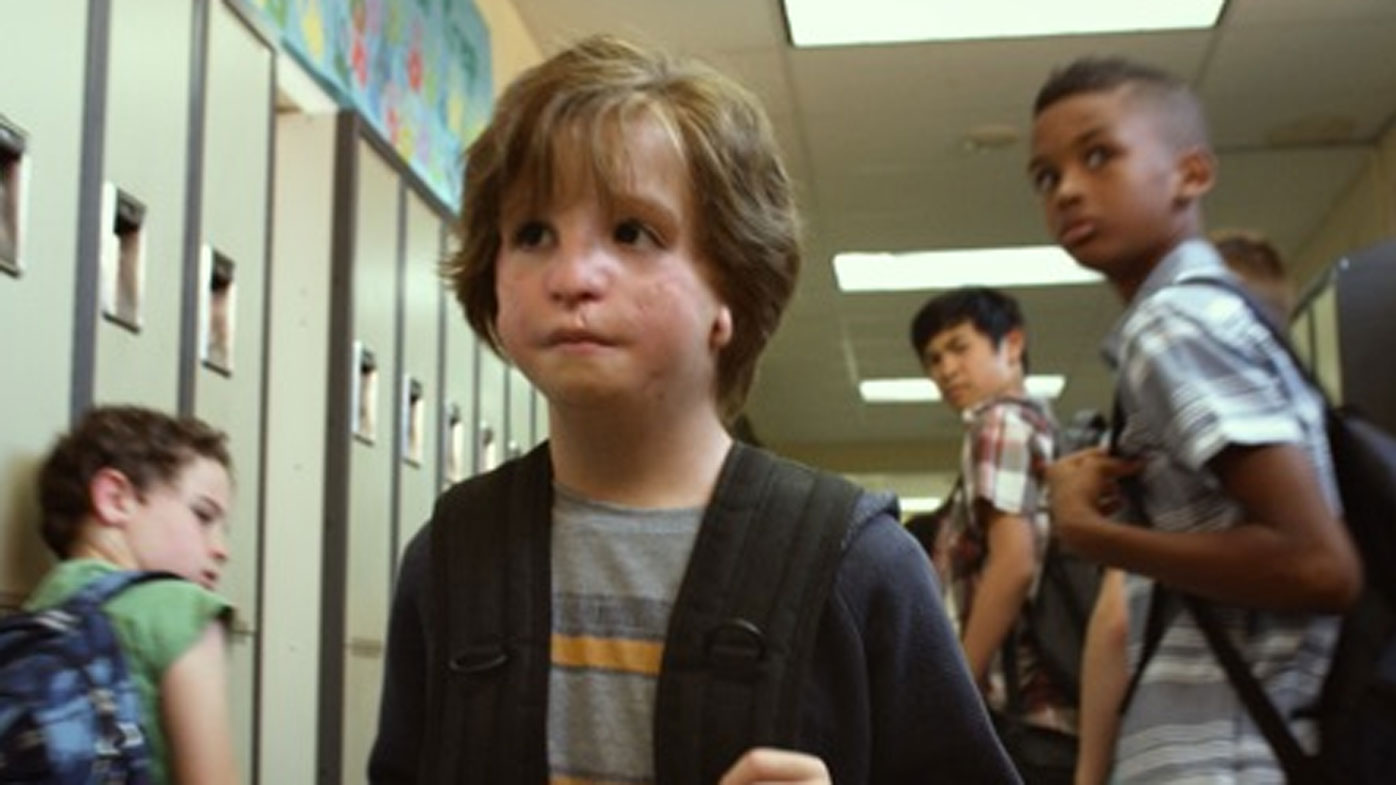 And he knew right away what was wrong.

It's not the same as the condition the boy depicted in Hollywood Film Wonder has, but there are similarities.

The couple, were devastated.

"We never expected our child was going to have that. It was really scary," Mrs Kc said.

"I started going back and thinking 'what did I do wrong?' I was very careful in my pregnancy." 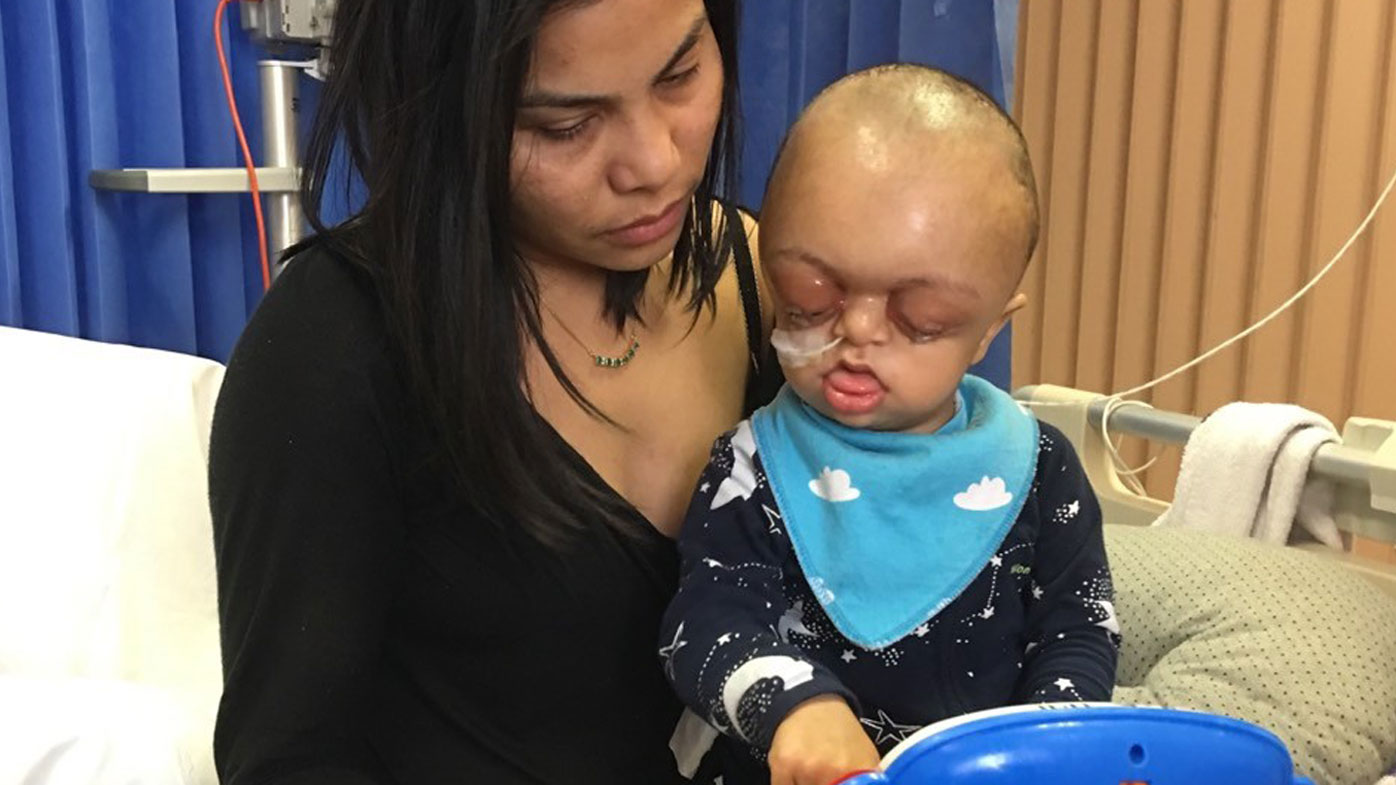 His brain was becoming too large for his skull, and doctors had to cut it open.

It was the first of 13 operations Divyank has had in his short life - and he'll face many more.

One of the toughest was a tracheotomy - a hole in his throat- last year, to help him breathe.

It means he can no longer talk - and it came just weeks after he said his first words.

"It was very upsetting. But for him it was needed." 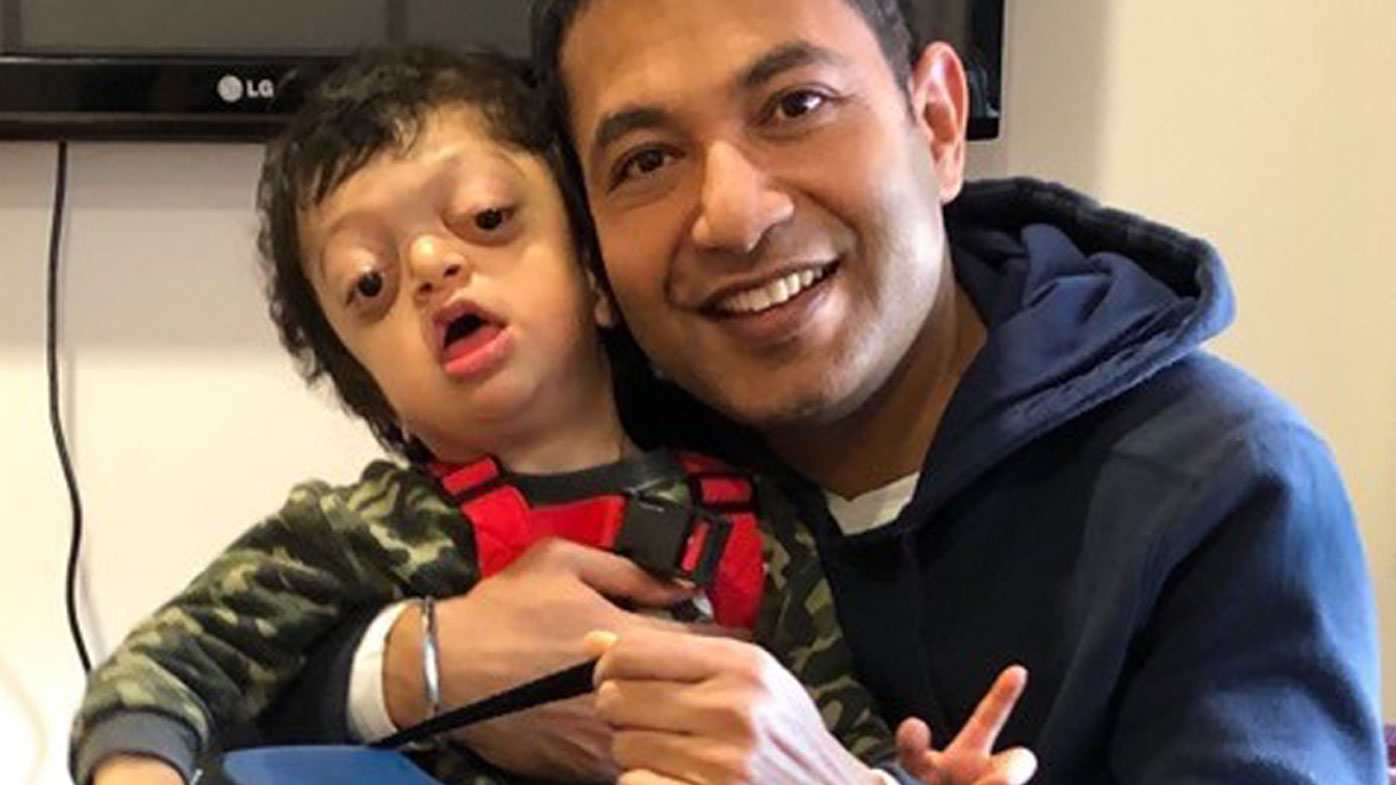 Divyank has a feeding tube, and the family can't go far without all the medical gear they need.

However, in many ways he's just like any other child, say his parents, who want to tell people about his condition.

READ:  Why Australians in remote areas are paying 90 percent more for food

"He has a great imagination. At the moment he's into aeroplanes, and he loves Emma Wiggle, and Anthony, and he loves dancing, and musical instruments."

"We are so much in love with him," added Mr Kc. 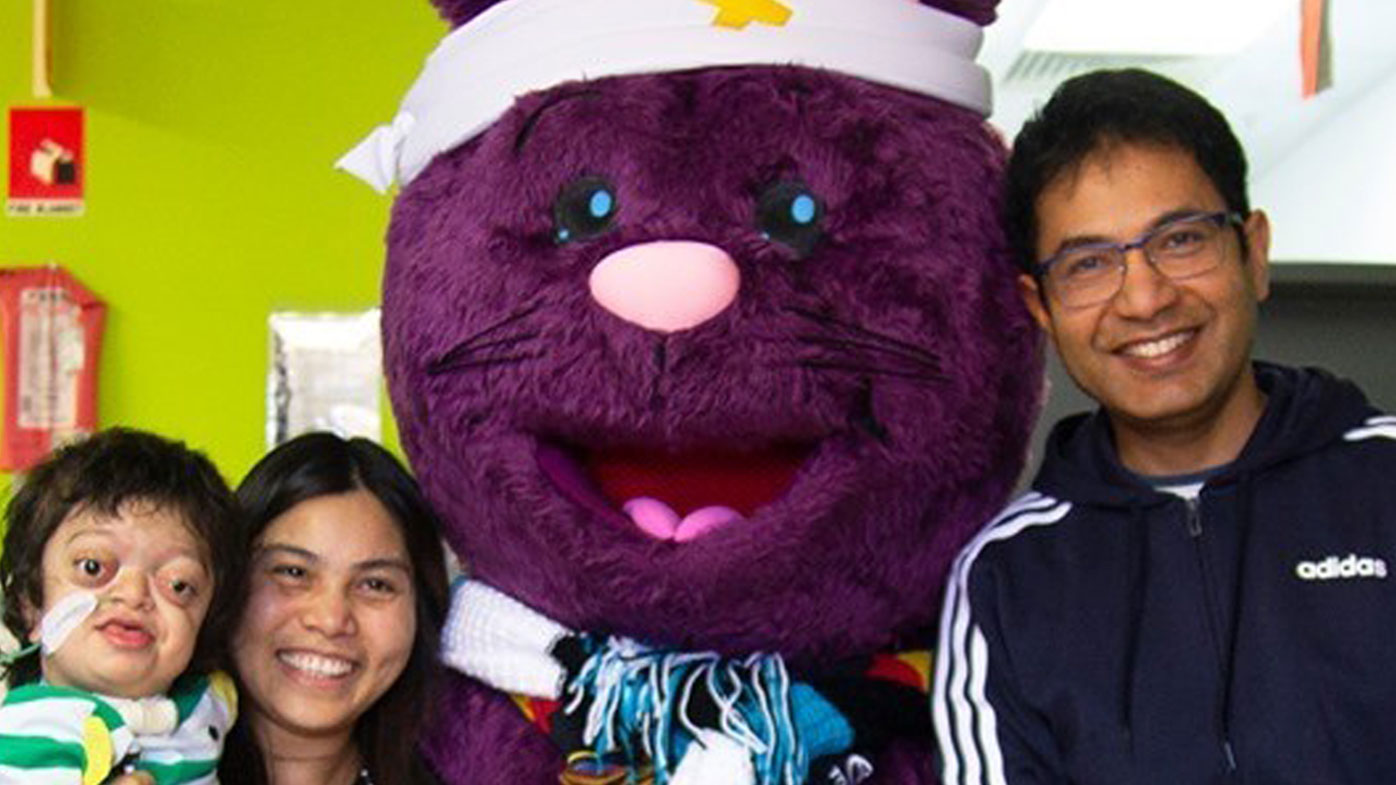 "His mum is very focused on Divyank, she's the one who encourages and motivates me.

"It is hard for her as well, but there's no other choice."

Dr Walter Flapper, consultant craniofacial surgeon at the Australian Craniofacial Unit in Adelaide said the condition affects around one in 40,000 children, and it's not known what causes it.

"The bones of his skull fuse too early, and his mid face doesn't grow as normal, which is why he gets a head that's squeezed, the prominent eyes and the airway," he said.

"We see multiple kids with Crouzon but I expect the combination he's got is very unique."

Dr Flapper said Divyank should, with medical care, have a normal life expectancy.