A lightning strike is being blamed for devastating fire that destroyed a home in South Australia’s Barossa Valley.

A lightning strike is being blamed for devastating fire that destroyed a home in South Australia's Barossa Valley.

The stone cottage on a farm near Angaston was struck around 6.45pm yesterday.

Resident Lachlan Grossman and his mum were inside when the home was hit. 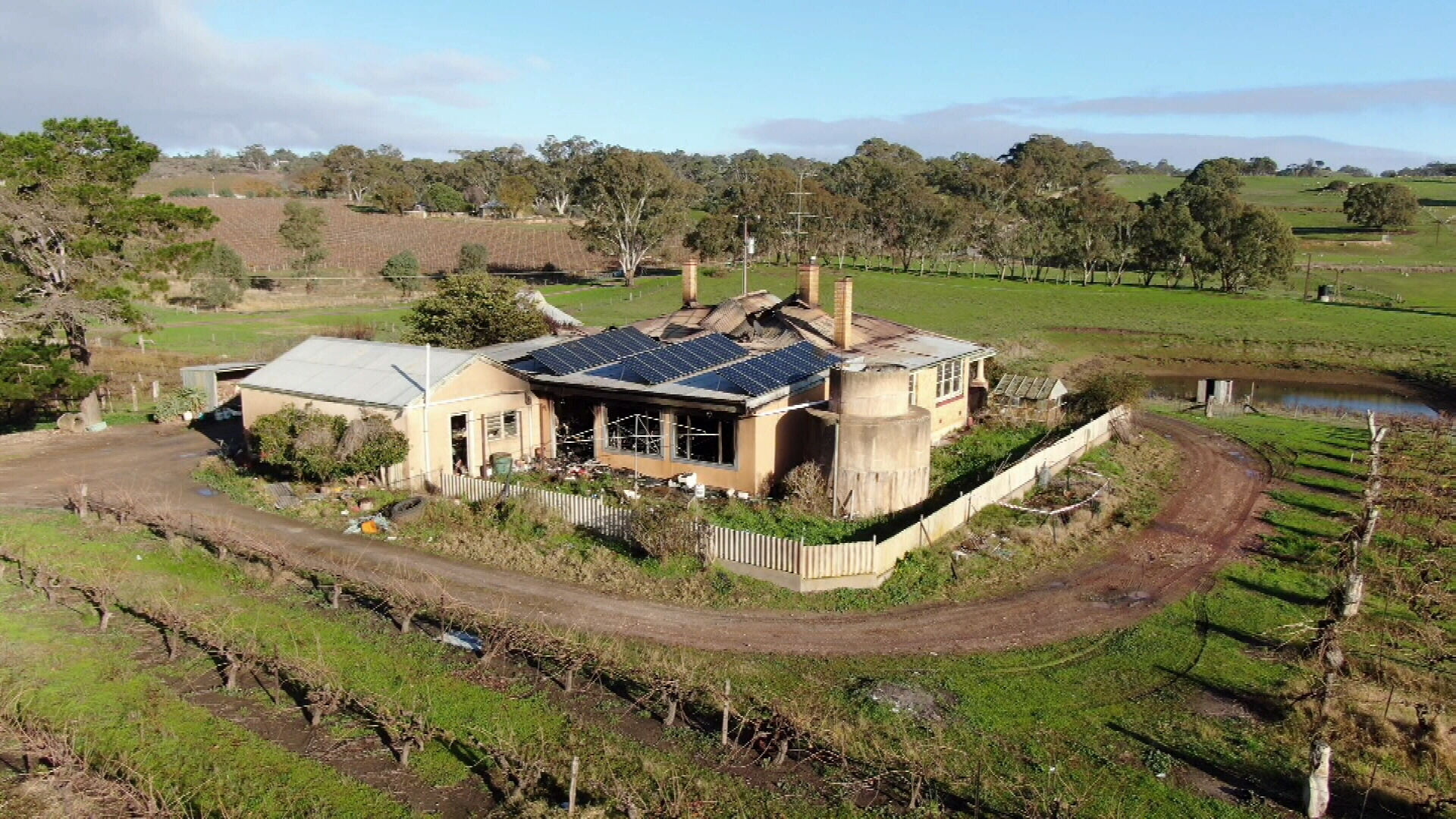 "We had a big heavy hail and rain, soon after that there was a big bang out the front of the house,"Lachlan said.

"A bright red glow when it started...there was flames and smoke all inside.

Lachlan quickly called his father who was working at another property, and raced home.

"By the time I got back half an hour later the house was completely engulfed," Mark Grossman said.

"There was a big pile of smoke coming out and flames coming out the house.' 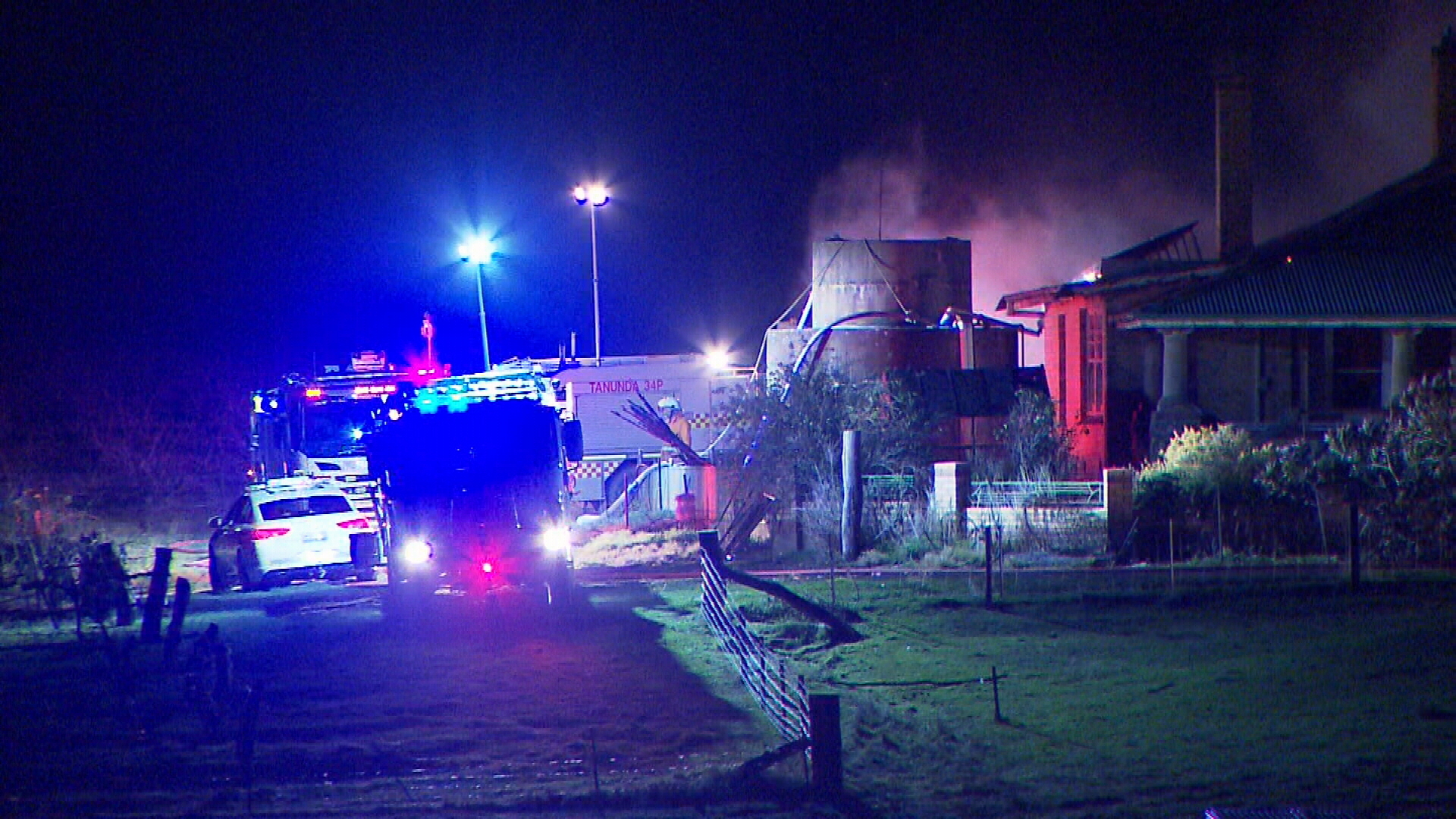 The historic cottage has been in the family for three generations, and the Grossman's lost almost everything except the clothes on their backs.

"Miraculously, this morning I found our wedding album which was packed inside a cupboard which I found un-burnt(sic), otherwise everything else was gone," Mark Grossman said.

"A lot of things that were there are now only memories." 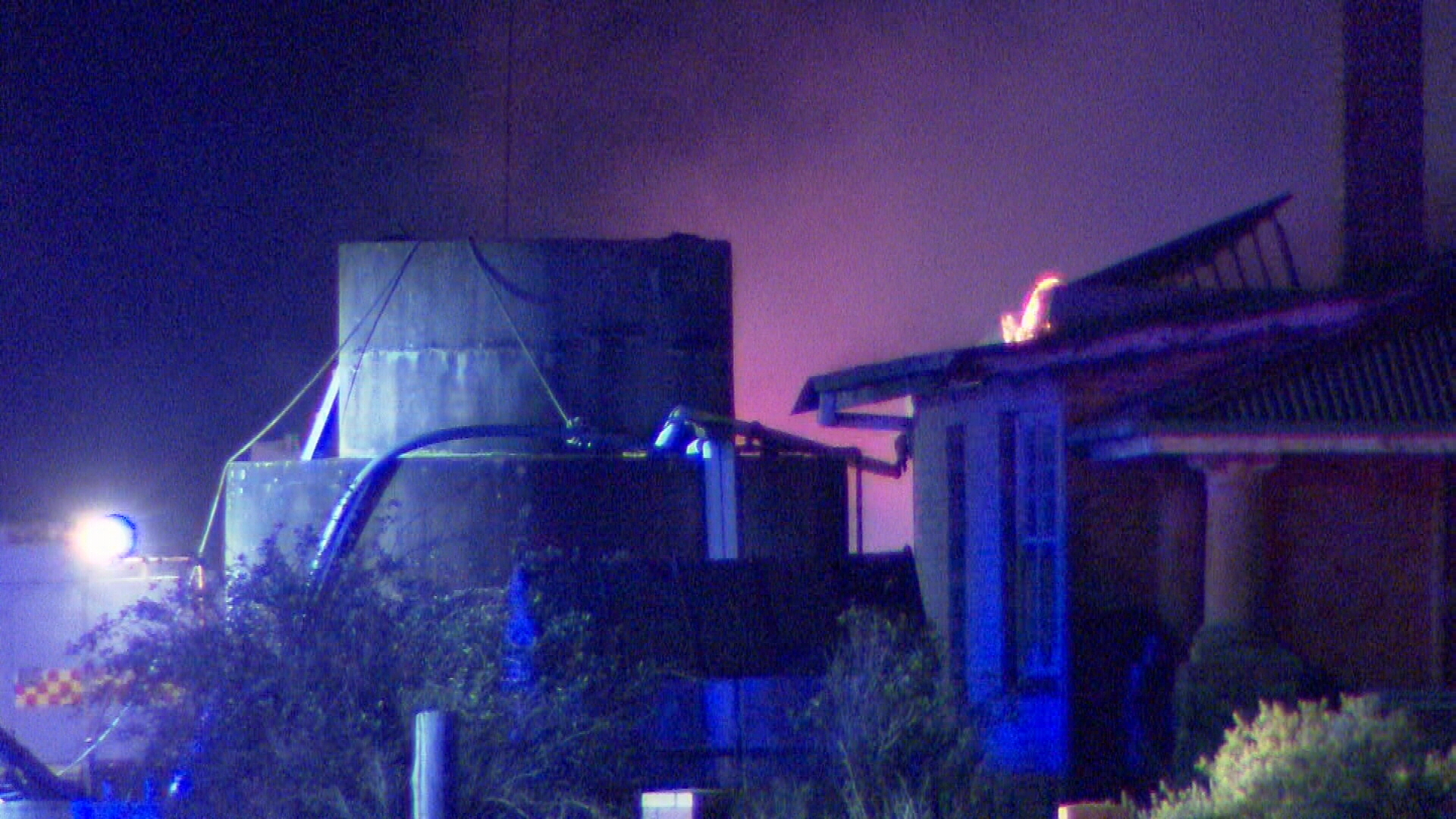 Firefighters were able to save a nearby shed and its contents, but said the conditions they faced were challenging.

"Efforts were hampered last night due to the fact the roof had started to cave in by the time we arrived, we were only able to fight the fire externally," Angaston CFS Captain Aaron Oates said.

"Extremely dangerous the temperatures in there, would have exceeded 800 degrees.

"We could only just get into the doorway and pour water on from there we were unable to get inside."