The head of the UQ Liberal National Club, who was involved a protest at a drag queen storytime event at a Brisbane library on Sunday, has died, according to multiple reports.Wilson Gavin is understood to have taken his own life on Monday, ABC News repo… 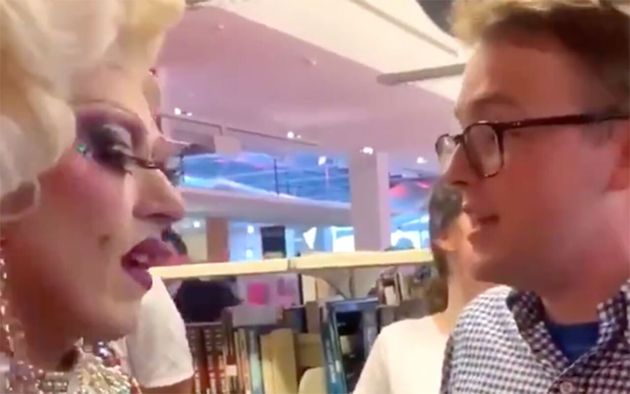 The head of the UQ Liberal National Club, who was involved a protest at a drag queen storytime event at a Brisbane library on Sunday, has died, according to multiple reports.

Wilson Gavin is understood to have taken his own life on Monday, ABC News reported.

Video emerged on Sunday of members the LNP group protesting against performers at the Drag Queen Storytime event for kids. Gavin was seen among the protesters who were chanting “drag queens are not for kids” at the hosts.

Queensland LNP MP Mark Robinson said he was “deeply saddened to hear of the death of Wilson Gavin.”

As current State patron of the UQ LN Club, I’m deeply saddened to hear of the death of Wilson Gavin. Wilson & his friends took a principled stand to protect children from inappropriate sexualisation & gender fluid ideology. For that he was treated terribly. Wilson, RIP!

Police were called to Brisbane Square Library after complaints that the group was scaring the children.

The organisers of the event, Rainbow Families, confirmed in a statement it was told of Gavin’s death on Monday.

“Rainbow Families Qld were informed earlier today that the leader of yesterday’s drag storytime protest took his own life this morning,” the organisation said in the Facebook post.

“We are deeply saddened by this news and extend our sympathies to his family. Wilson Gavin was known publicly to be an out gay man. LGBTQ+ people are at a high risk of suicide and this is why we strongly advocate for the Safe Schools program, drag storytime, and other LGBTQ+ events, so that members of our community grow up strong and proud of who they are.”

Queensland Police confirmed to HuffPost Australia they were assisting with an incident involving a 21-year-old male.

UQ’s Liberal National Club defended the protest on its Facebook page on Sunday, however the account now appears to be deactivated.

During a press conference on Monday, Queensland Opposition Leader Deb Frecklington said she would not comment on the reports of Gavin’s death.

“In relation to the unconfirmed reports relating to a young man, out of respect for the family, I won’t be making any comments on this matter,” she said.

“I think today is a day to think about a bit of compassion and respect for people,” Yahoo News reported.

The University of Queensland said its priority was to provide support for students and staff.

“The University understands that the events of the past two days are very distressing for many people,” the university said in a statement on Monday.

“Mutual respect and diversity are core values of the University, and we hope that everyone shows consideration for those affected during the difficult days ahead.”