If the revised DA is accepted by the HCC and advertised for public comment, the sentinels and Residents Opposed to the Cable Car (ROCC) will be urging a strong community response. 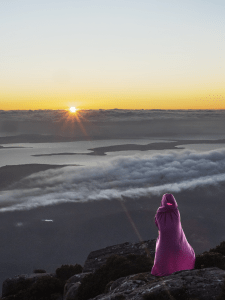 The MWCC received special approval by the Hodgman Government to do works on kunanyi/Mt Wellington in preparation of a DA. We know that at least some of the field work hasn’t been done so we are skeptical whether this new information can adequately address the inadequacies of the original DA.

We look forward to the public release of the additional information submitted to council but fail to see how it can be up to scratch and worth assessing when we know that the work required to properly inform it hasn’t been done.

A large commercial building at The Pinnacle, serviced by a cable car, would have wide-ranging negative impacts on the values and amenity of both the mountain and adjacent suburbs. Whether it be traffic congestion, visual impact, biodiversity loss or the privatisation of publicly-owned reserves, people hold legitimate concerns and will be looking at the DA closely.

We should all be very disturbed and upset about the $270 million Westbury prison proposed by the Liberal Government instead of fixing very serious problems.

We know that the Launceston Police Department has been faced with an increase in crime and state that they do not have enough policemen. In 2020 the entire policing department has suffered severe budget cuts. How could it be possible that the residents of Tasmania can feel safe when the entire police force is already over-stretched? There are 1,254 police in all of Tasmania and that is not enough to look after the public. The crimes are very serious; criminals siphoned gasoline from fire trucks during raging bush fires and much much worse!

The people of the north actually do know what is going on in Tasmania, but the government think all Tasmanians are unaware of the insufficient numbers of Ambulance drivers/Paramedics. Currently, they are being recruited to the south due to a shortage there. They too are over-stretched. Are we supposed to feel comfortable with inadequate police numbers and over-stretched ambulance medical assistants, and now here comes a Maximum Security Prison?

Patients have had to be sent out to Deloraine & further afield after waiting endless hours and ambulances are ramped. Doctors are very upset, saying, ‘We need more money for health, now’.

Surely it is wiser to use the $270 million to fix these problems?
We the public, residents, students and tourists need to demand that we are treated better than criminals! 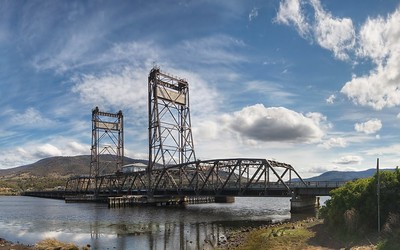 crossings and introduction of a rail service to Claremont ASAP.

Funding should be then sought to extend the rail link across a new rail bridge (with pedestrian access and cycleway) from Austin’s Ferry to Old Beach and then to extend the rail service through to Bridgewater/ Brighton. Also reconstruction of access to the Bowen Bridge and remediation of other traffic issues around Hobart. This rail and pedestrian link will provide greater equity of access for a highly disadvantaged section of Hobart residents.

Power in the Orwellian World

Scott Morrison’s reception in fire-ravaged Cobargo showed correctly sequenced the raw anger of ordinary people complete with subtitles as aired by the BBC for the British who do not understand the phonetics of ‘straylian’ finishing with Morrison making a run for it.

What is interesting about the BBC clip is a comparison with the version aired by the ABC without subtitles for consumption by the natives.

The version shown by Sky News – once owned by Murdoch – sanitised the context to protect the image of the man at the Lodge, the coal carrying Prime Minister.

The locals whose village has just gone up in smoke have amongst them the leader of the nation, a man who makes no effort to make eye or verbal contact with those who are hurting so badly. He is devoid of care. He is a man more worried about his image than the sensitivities of those he ignores.

Not a good look for a Prime Minister.

I do wonder on occasions if our Prime Minister possesses any meaningful vocabulary beyond a smattering of marketing-educed clichés.

Letters are welcome on any Tasmanian subject, up to 250 words. Letters should be concise, respectful of others and rely on evidence where necessary. Letter writers should provide a real name and town / suburb. Submit letters in the body of an email to letters@tasmaniantimes.com