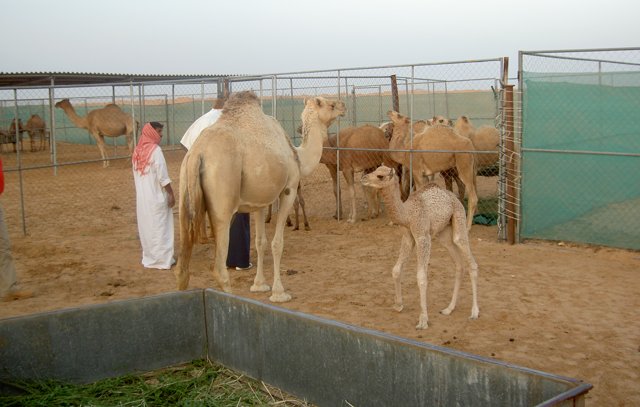 Gordon explores the social power of food and drink with his Saudi Arabian hosts and guests.

A visit to Saudi Arabia requires an invitation from a local. I am travelling with two businessmen who have been invited to Jeddah in Saudi Arabia by one of the Saudi princes, a substantial businessman in the Middle East. Upon arrival in Jeddah we are escorted to a limousine waiting on the airport tarmac and transferred to a VIP room.

Over coffee an official from the Prince’s office lays out the details of our programme. “His Royal Highness will host a dinner for your group tonight. His Royal Highness is very much looking forward to meeting you.” The official then departed to finalise acceptance of our travel documents.

“Our itinerary already includes a dinner arranged for tonight,” I tell my off-sider. “We are double book. The Royal family takes precedence but the pre-arranged dinner is important. Try to reschedule the dinner with the Prince. Have it start much later and we can attend both.”

Bill nodded agreement, deep lines emerging on his forehead. A look of concern mixed with bewilderment.

Our first scheduled dinner meeting is with the largest construction company in the Middle East, the Saudi Bin Laden Group (SBG), hoping to encourage investment in an Australian mining project. Discussions are well advanced and our scheduled meeting is important to advance the investment. Possibly close the deal.

Bill is ever reliable. He concocted a story that satisfied both parties with whom we are scheduled to dine – one for 9pm and and the Bin Laden family at 6pm, apparently on the basis that I have an extremely important telephone call at for 9pm.

Arriving at the Bin Laden Palace as they refer to their home (it is the size of a palace), we are met by the General Manager and ushered into a large hall. Cameras are hard at work. About forty men, some dressed in Arabic attire and others in lounge suits, are standing in the hall. I am led to the front and seated on a slightly elevated platform next to the President of the Group of companies, one of the brothers.

After a short period of informal chat the others in the hall, including the businessmen, are ushered two at a time into an adjoining room. Shortly after the hall is empty save for President Bin Laden and me. We then enter the dining room and the other guests rise to give the President and me a standing ovation.

The dining room is opulent. Dinner guests are seated in a rectangle with the central area occupied by several enormous sprays of flowers. Carnations, gladiolas, roses and others. A range of magnificent colours. Noticing my admiration for the flowers the President informed me they had been imported from the Netherlands for this occasion.

He proceeded to introduce me to his brothers seated at either side of the rectangle. I am unsure of the need for such a large gathering. The other representatives of SBG may well be in attendance merely to make the gathering look more impressive.

It’s a formal gathering. Waiters dressed in black ties and tails stand behind the diners, ready to serve dinner.

Suddenly the first course materialises. Mindful of the fact I have another dinner to attend I decide its best not to eat everything that is presented. The first course is a prawn cocktail, which I nibble at before laying my fork down on the table.

That is apparently a signal for the ‘penguins’. They immediately swoop forward in unison and remove everyone’s bowl, plate and fork.

Nobody has finished the prawn cocktail. I’ve got them. Clearly when the principal guest finishes everyone finishes. I will be able to control the timing of our departure!

As the meal progresses I take my time, nibbling at the edges and when I think enough time has expired I put my utensils on the table. On each occasion the waiters pounce and swiftly remove the plates, whether the other guests have finished or not.

Already we are into the dessert. As it is laid out I contemplate how we appear to have rushed through this meal a little more quickly than one would expect for a large dinner party.

I take two nibbles at the dessert and glance sideways at the President. He is shovelling his food in as if it’s his last meal.

We retire to a nearby lounge room, cameras following before they retreat with a wave of the President’s arm.

Following discussions on the investment opportunities in Australia, our driver rushes at break-neck speed across the city to our hotel apparently in order that I may take an important telephone call from the Australian Prime Minister (so Bill had informed the SBG secretary). We pass other vehicles on the highway as if they are stationary.

There is a whole lamb on a spit waiting to be stripped. Even though I have only eaten in moderation I really don’t feel like another meal.

“Let me get you the best piece,” His Royal Highness offers. I look aghast as he sweeps a huge curved knife across the belly of the lamb and it’s entire innards spill onto the table.

Struth, he doesn’t want me to eat that does he? Of course, I will do what has to be done in the interests of my clients.

The Prince then digs into the stomach area behind the ribs and extracts a large piece of white meat. Phew!

Postcript. Several months later a return visit is scheduled and dinner is at a restaurant situated on a jetty.

It’s a balmy night 26 January, Australia Day. When my secretary scheduled the dinner she informed the restaurant, out of respect for our guests alcohol should not be offered.

During the meal one of the SBG people grabbed the waiter as he walked past and requested the wine list. Puzzled by this demand the waiter looked at me for confirmation. I shrugged and nodded.

“My apologies for the tardiness of the wine waiter.” I had to say something as the SBG General Manager had witnessed the exchange.

READ:  Inspired By Gerry Harvey, Woman Pays Back 27% Of Her Centrelink Overpayment

Clearly our guests aren’t seasoned drinkers but at the end of the night the cost of the alcohol far exceeded the cost of the fine dining experience. The irony of this is that I didn’t drink.

After we have dined – but the thirst not yet fully satisfied – we step outside to watch the fireworks celebrating Australia Day. As each of our overseas guests, having consumed significant quantities of cognac, wobble their way along the jetty with their attention on the sky works my main concern was to keep them from falling into the water.

They watch the sky, I watch them swaying like palm trees in a gusty Saudi Arabia desert wind.