There is an art to a great party. The setting. The music. The guest list. The refreshments. And then there is the anticipation — the frisson of excitement you experience when gearing up for what could be an exceptional night. (Just as easily… 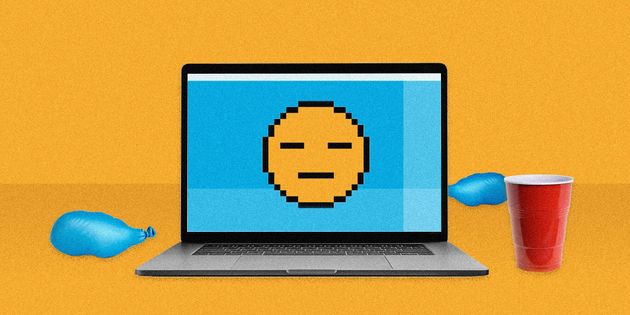 There is an art to a great party.

The setting. The music. The guest list. The refreshments. And then there is the anticipation — the frisson of excitement you experience when gearing up for what could be an exceptional night. (Just as easily, it could be horrible, boring, awkward and anxious, but it’s the hope that’s key here.) If all of those pieces come together, you might find yourself dancing to Robyn in someone’s living room at 1 a.m., or striking up a conversation with a cute stranger, or laughing intimately with an old friend.

A great party represents the very best of large-scale social interactions — exciting, electric, full of possibility. In 2016, author Alexander Chee spoke at length with The Atlantic about the significance of parties in the real world and in literature. He argued that “there’s a chaos agent quality to them: You just don’t know who’s going to be there, or why. You could run into an old enemy, an old friend, an old friend who’s become an enemy. You could run into an ex-lover, or your next lover. The stakes are all there, and that’s why they’re so fascinating.”

On the other hand, a Zoom party, the paltry stand-in we’ve been offered in the age of the coronavirus, is one of the worst social interactions. Virtual “parties” do not allow for the contained chaos that Chee pointed to — the frenetic energy and unknowns that can produce pleasures you did not predict.

Who among us would attend a party in the real world if it meant walking into the home of someone, whom you may or may not be close with, and screaming whatever you had to say to a room full of people, who were all obligated to go silent whenever you spoke. You would then be forced to watch as they responded, one by one, or moved on, one by one, to other conversations while you became a silent observer.

Virtual parties strip away the best parts of the form. There is no room for mingling or side conversations or lingering eye contact that could become more. You can’t pop in and out unnoticed, or move seamlessly on from a conversation that has run its course over to another small group in which you might fare better. Even music operates on a lag. Without the opportunity for happy chaos, a “party” begins to resemble a large virtual classroom with a rotating set of lecturers. It becomes just another task, one that we presumably have endless time for now that plans are a thing of the past, but that feels oppressive nonetheless.

When we pop into a virtual party, our brains work overtime and derive little pleasure from the effort.

When I was first getting to know one of my now dear friends, she invited me to a birthday party at a Brooklyn bar. I didn’t know the birthday boy, but it turned out that I did know two of her new BFFs; I had gone to summer camp with one and college with another. The party was perfectly fine by all accounts: We drank and laughed and caught up, and then things turned a corner and my friend got a little too drunk and wanted to go home. This is how we found ourselves sitting on a random corner at 2am having made it only halfway back to north Brooklyn because she couldn’t stop puking out the windows of our Uber. Eventually, we found a lady driver who did not kick us out and we got safely back to my apartment. When my friend woke up on my couch the following morning, we knew we would be real friends for a long time.

If that party had occurred via Zoom, I would have virtually popped in and quickly realised that I didn’t know half of the people. I would have stayed silent while staring at my tiny face in the corner of the screen, listening to more familiar acquaintances banter, wondering if there was a way for me to gracefully exit without pointing out my departure to the whole group. I would not have made any new, meaningful bonds. I certainly would not have had a friend crash on my isolated, sanitised couch.

Since New York City went into lockdown more than two months ago, I have attended Zoom seders, birthday parties, happy hours, book clubs, dinner parties and watch parties. Some have been genuinely delightful. Others have felt depleting and stressful, and I’ve heard similar sentiments from my stuck-at-home peers.

But there has also been a desperation to re-create the social lives we led in the real world, and it has driven us to this watered-down, screen-heavy half-life. When I was first writing about our mass embrace of FaceTime, Zoom and Google Hangouts, a few of my sources wondered if the initial excitement they felt around virtual gatherings might wane as time went on. At least anecdotally, their prediction seems to have come true.

There is also actual science to back up the feeling of exhaustion attending an onslaught of virtual gatherings may provoke ― “Zoom fatigue,” as National Geographic’s Julia Sklar termed it.

Body language cues, which are usually essential to human communication, are limited or lost altogether on screen. In our real-world interactions, “these cues help paint a holistic picture of what is being conveyed and what’s expected in response from the listener,” Sklar wrote. But in the digital-only world, those cues are significantly dampened. It becomes nearly impossible to make meaningful eye contact (and if you do, that eye contact can feel way too intense) or pick up on someone fidgeting with discomfort or catch someone smirking flirtatiously in your direction.

These challenges exist with any kind of screen-only social interaction. But they are significantly magnified when you’re talking about a large group social interaction. “Gallery view — where all meeting participants appear Brady Bunch-style — challenges the brain’s central vision,” Sklar wrote, “forcing it to decode so many people at once that no one comes through meaningfully, not even the speaker.”

READ:  How 10 million coronavirus vaccine doses will work in Australia

So when we pop into a virtual party, our brains work overtime and derive little pleasure from the effort.

Rather than grasping for a pitiful approximation of the things we loved in our old lives, it may be wise ... to slow down and sit with ourselves. To learn to embrace unfilled time.

Those who have planned a Zoom birthday party or enjoyed a FaceTime happy hour with more than 10 people might think that I’m being a tech curmudgeon. On the contrary, I am fairly open to embracing video-based socialising.

My boyfriend and I had never FaceTimed before the coronavirus hit, and it’s been a real gift to our relationship. I also have a wonderful standing date now with four of my oldest friends, who are spread out across several states. I’ve found that small gatherings where everyone knows each other tend to work, mimicking a group conversation you might have around a midsize dinner table. If there is a game or other activity central to the gathering, like watching a movie, that can also take away the pressure to be constantly half-engaging with everyone’s video feeds.

Rather than grasping for a pitiful approximation of the things we loved in our old lives, it may be wise to lean into activities that the technology at hand is best suited for — smaller, more intimate gatherings — and then take the opportunity to slow down and sit with ourselves. To learn to embrace unfilled time if we are lucky enough to have it.

Perhaps as the inevitable virtual-party fatigue sets in, we will be better prepared to carefully curate and properly appreciate our post-pandemic social gatherings. I find myself longing for a day when I can casually slip in the front door of an apartment to find a mix of familiar and unfamiliar faces, music playing, a stocked bar, the hum of chatter in the air.

Will it be an exceptional night? Maybe. Just maybe.