Leonardo DiCaprio typically keeps his romances out of the public eye … and on some luxury yacht charting through the Caribbean.But the Oscars aren’t just any awards show, and DiCaprio’s girlfriend, actor and model Camila Morrone, apparent…

Leonardo DiCaprio typically keeps his romances out of the public eye ... and on some luxury yacht charting through the Caribbean.

But the Oscars aren’t just any awards show, and DiCaprio’s girlfriend, actor and model Camila Morrone, apparently isn’t just any old fling, because the two sat front row at the ceremony.

The pair, who’ve been together for more than two years, made their official debut as a couple at the awards show on Sunday night. As Janelle Monáe kicked off the festivities with a full-blown musical extravaganza, the singer wandered through the audience to enlist celebrities, including DiCaprio, to join in on the song.

That’s when the camera revealed Morrone was sitting right next to the “Once Upon a Time in Hollywood” star, who’s nominated for his performance in the Best Actor category.

The couple, who first sparked romance rumors in late 2017, arrived at the ceremony separately, making their appearance together in the front row all the more surprising.

DiCaprio sported a sleek black tux on the red carpet, while Morrone stunned in an ethereal strapless Carolina Herrera gown that was actually a re-fashioned wedding dress, according to the designer.

“We changed the color — it’s obviously not white, it’s more of a blush — and there’s exposed boning that you see through the lace that makes it a little more modern and not read super princess-y,” Morrone’s stylist Micah Schifman, told InStyle ahead of the ceremony. 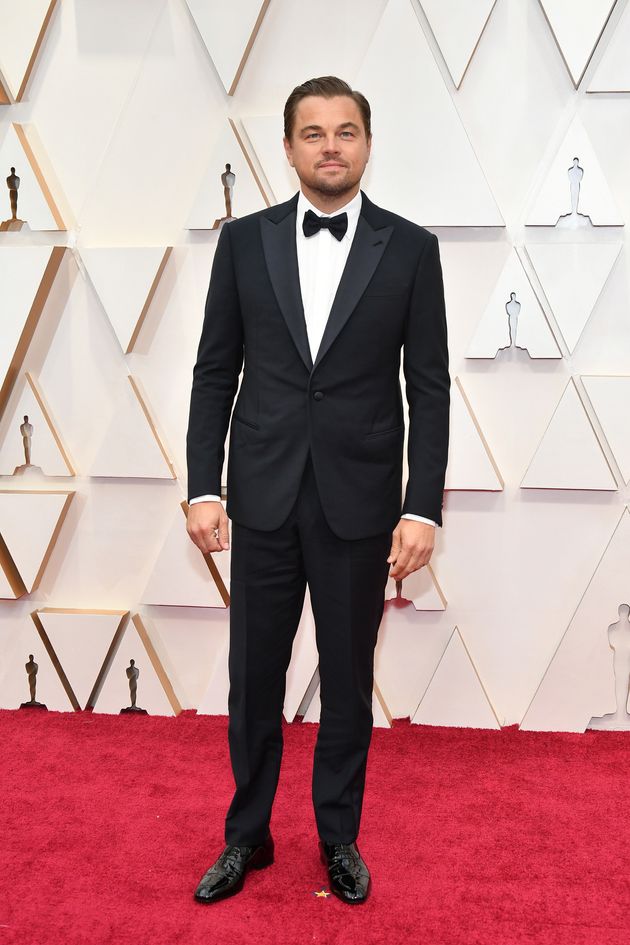 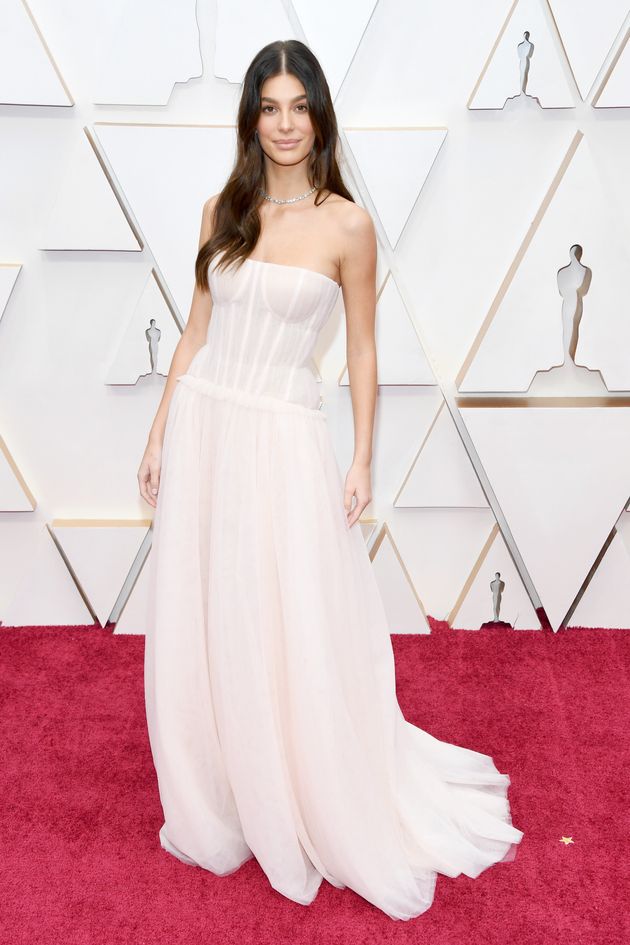 The couple initially raised eyebrows due to their 23-year age gap, and Morrone has since defended their relationship on Instagram.

“There’s so many relationships in Hollywood — and in the history of the world — where people have large age gaps,” Morrone said. “I just think anyone should be able to date who they want to date.”

“I feel like there should always be an identity besides who you’re dating. ... I understand the association, but I’m confident that will continue to slip away and be less of a conversation,” she added.