A gravely ill grandfather has undergone surgery after being attacked by a dog on a leash in Melbourne’s south.

A gravely ill grandfather has undergone surgery after being attacked by a dog on a leash in Melbourne's south.

Resident Gary Ward, 69, had his hand mauled by a boxer while on his way home from a doctor's appointment at Heatherhill Road in Frankston.

CCTV obtained by 9News shows the man in a mobility scooter, just behind the owner and her dog.

Mr Ward briefly stopped to talk to the woman walking her dog, when the boxer 'Amy' sunk its teeth into his hand. 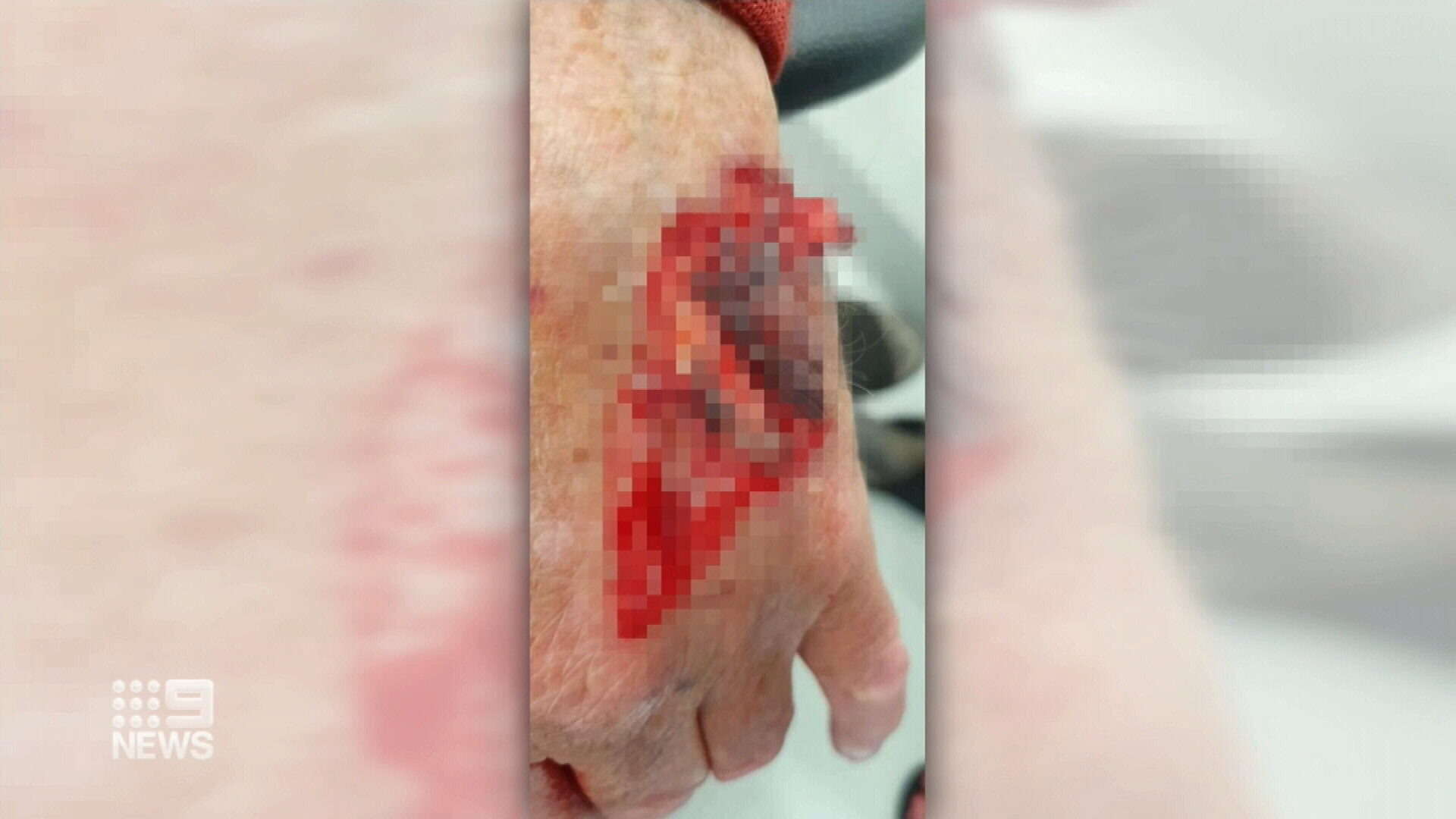 "I lifted my hand gently not suddenly or anything to give it a pat and it just went crazy," he told 9News.

"It grabbed my hand and tore half the back of it off."

The dog's owner, a blonde woman wearing a grey singlet and white runners, dragged the boxer away without saying a word.

The grandfather - who suffers from heart problems and emphysema - was left bleeding on the street.

He attempted to wave down vehicles on the busy road before scooting home and then to hospital. 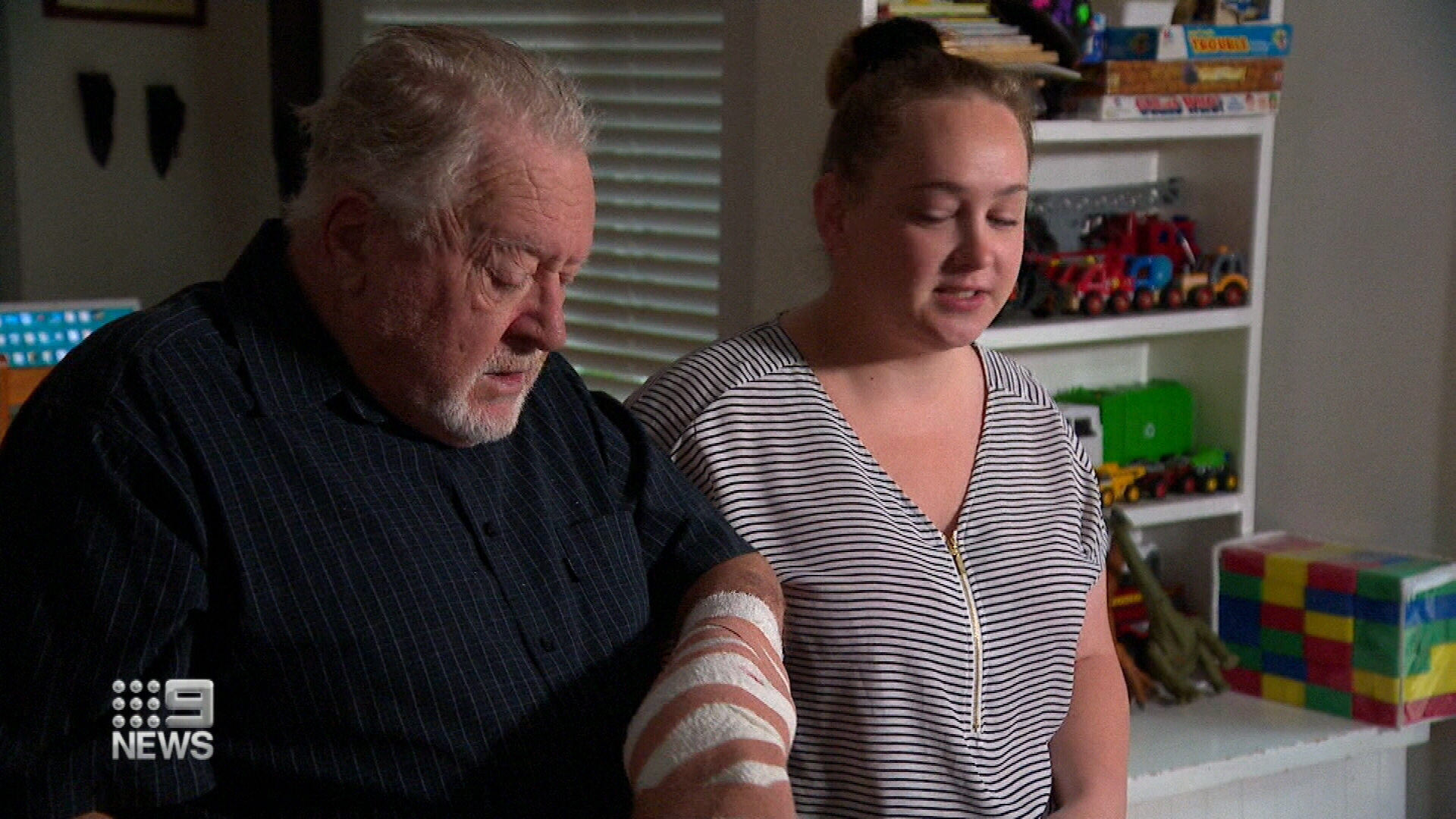 "I yelled out to her, she looked over her shoulder and just kept on going," he said.

Mr Ward underwent emergency surgery to mend the large gash on his hand.

He is now confined to a cast, making it difficult for him to operate his scooter.

Police have been notified of the attack, but Frankston City Council will investigate whether it's a "serious attack".

The council has powers to seize the dog and refer the case to court.

If there is a guilty verdict, the boxer could be euthanised.

Daughter Meg Ward said it was lucky her father escaped without serious harm.

"Blood was spurting I thought it'd bit an artery," she said.

"If dad gets an infection, it can quite easily kill you unfortunately."