They're not leaders for life — not technically, at least. But in political reality, the powerful tenures of China's Xi Jinping and, as of this week, Russia's Vladimir Putin are looking as if they will extend much deeper into the 21st century — even as the two superpowers whose destinies they steer gather more clout with each passing year.

What's more, as they consolidate political control at home, sometimes with harsh measures, they're working together more substantively than ever in a growing challenge to the West and the world's other superpower, the United States, which elects its leader every four years.

This week, Mr Putin signed a law allowing him to potentially hold onto power until 2036. The 68-year-old Russian president, who has been in power for more than two decades — longer than any other Kremlin leader since Soviet dictator Josef Stalin — pushed through a constitutional vote last year allowing him to run again in 2024 when his current six-year term ends. He has overseen a systematic crackdown on dissent. 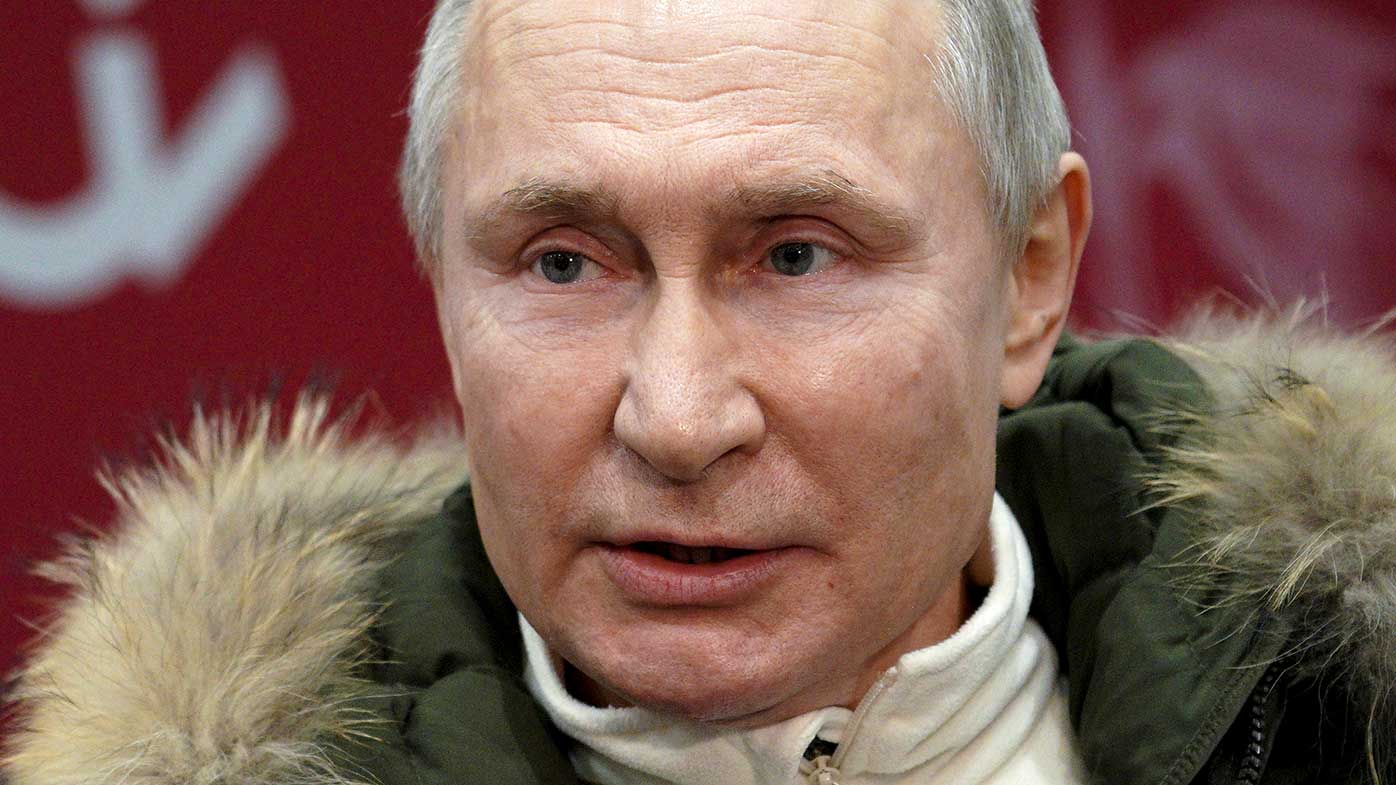 In China, Mr Xi, who came to power in 2012, has imposed even tighter controls on the already repressive political scene, emerging as one of his nation's most powerful leaders in the seven decades of Communist Party rule that began with Mao Zedong's often-brutal regime. Under Mr Xi, the government has rounded up, imprisoned or silenced intellectuals, legal activists and other voices, cracked down on Hong Kong’s opposition and used security forces to suppress calls for minority rights in Xinjiang, Tibet and Inner Mongolia.

Mr Xi has sidelined rivals, locked up critics and tightened the party’s control over information. An ongoing crackdown against corruption has won popular support while also keeping potential competitors in line.

His steady consolidation of power led to the removal of term limits on the Chinese presidency in 2018, demolishing a convention the party had established to prevent a repeat of the abuse produced by Mao’s one-person rule. Mr Xi further telegraphed his intention to remain in power by breaking from tradition and not indicating a preferred successor. One who appeared eager to take on the role, Sun Zhengcai, was brought down in 2017 and sentenced to life in prison on corruption charges. 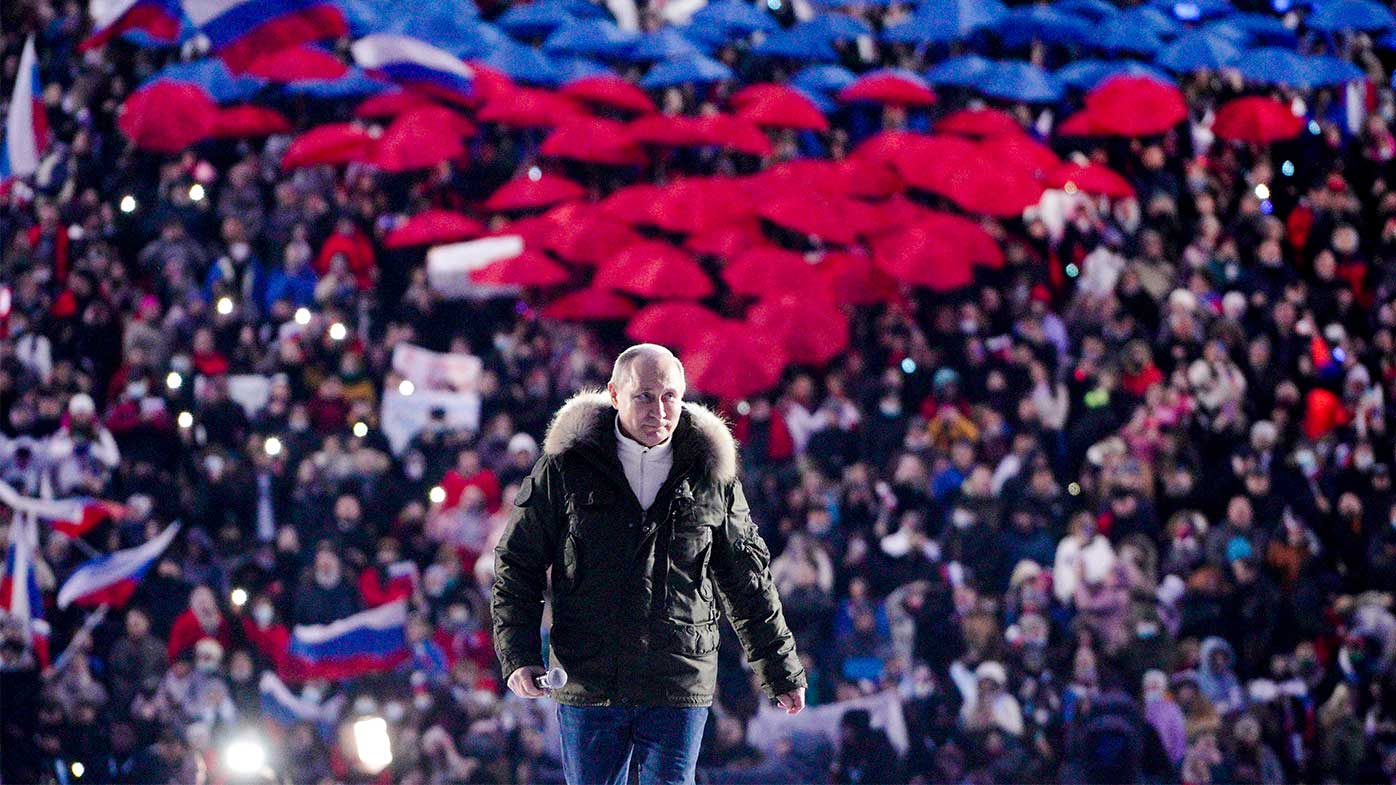 And in Russia, Putin’s most outspoken critic, Alexei Navalny, was arrested in January upon his return from Germany, where he spent five months recovering from a nerve-agent poisoning that he blames on the Kremlin — an accusation Russian authorities have denied. In February, Mr Navalny was sentenced to 2½ years in prison.

But the impact of Mr Putin's and Mr Xi's enduring retention of power hardly ends at their respective nations' borders. It ripples outward into the geopolitical balance of power in countless ways.

As Moscow's relations with the West sank to post-Cold War lows amid accusations of election meddling and hacking attacks, Mr Putin has increasingly sought to strengthen ties with China. And while China so far has avoided a showdown with the West like Russia's, it is coming under growing pressure from Washington and its allies over Beijing’s human rights record in Xinjiang, Hong Kong and the South China Sea. 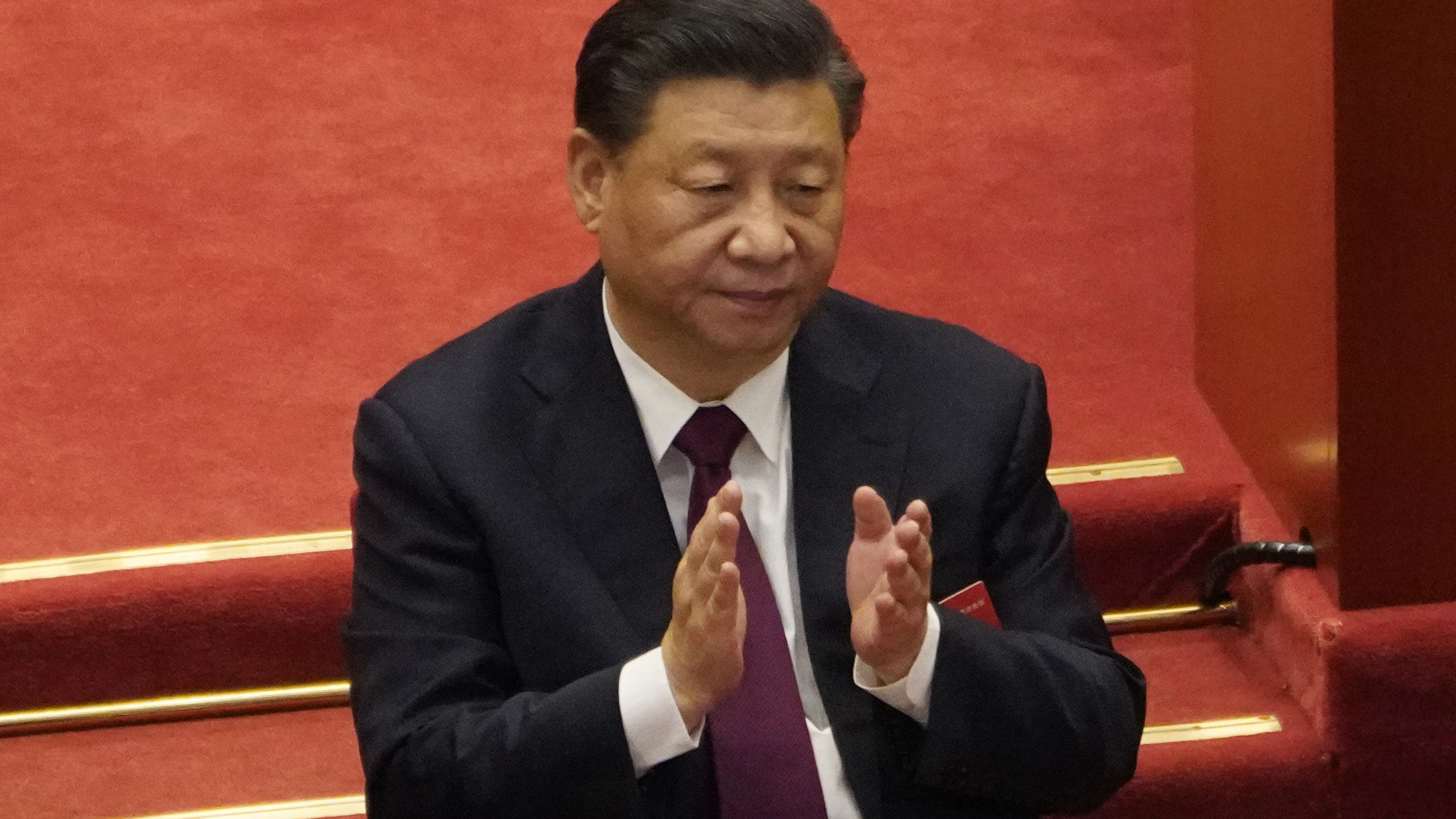 US President Joe Biden has taken an increasingly tough line with both leaders, recently describing Putin as a “killer” and having his top national security aides excoriate China for a litany of issues. Such approaches suggest that Moscow and Beijing will have incentives to build an even stronger alliance.

Like their nations, the two leaders themselves have fostered a closer relationship, too.

Mr Putin and Mr Xi have developed strong personal ties to bolster a “strategic partnership” between the two former Communist rivals as they vie with the West for influence. And even though Moscow and Beijing in the past rejected the possibility of forging a military alliance, Mr Putin said last fall that such a prospect can't be ruled out entirely. 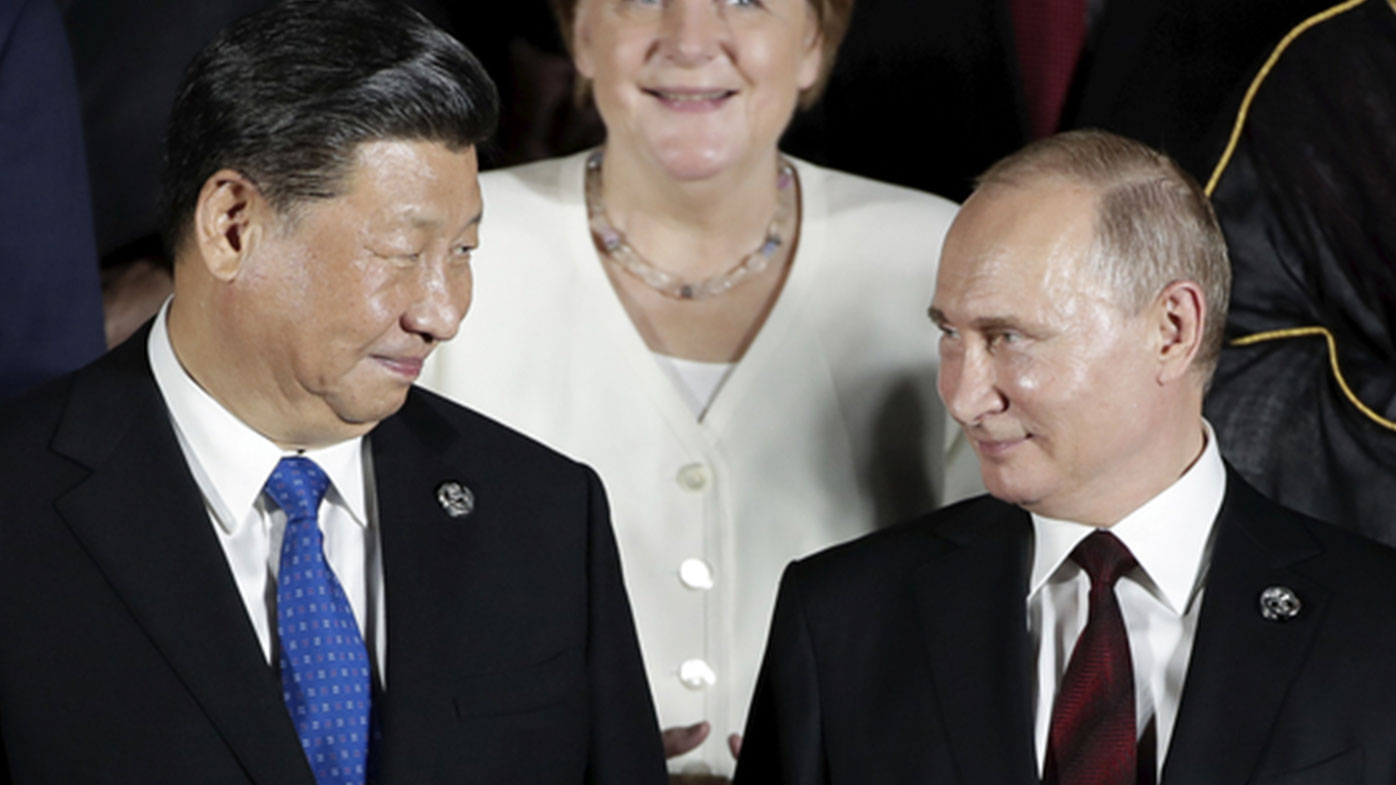 While both Mr Putin and Mr Xi each appear to be firmly entrenched, numerous challenges persist. The pandemic, for one, posed a major challenge for both rulers, and they took a similarly cautious approach when it struck.

Mr Xi remained out of the public eye in the first uncertain weeks, possibly fearing that any misstep could have given rivals a chance to topple him. In the end, China controlled the pandemic better than many other places, enhancing Mr Xi’s position as leader. 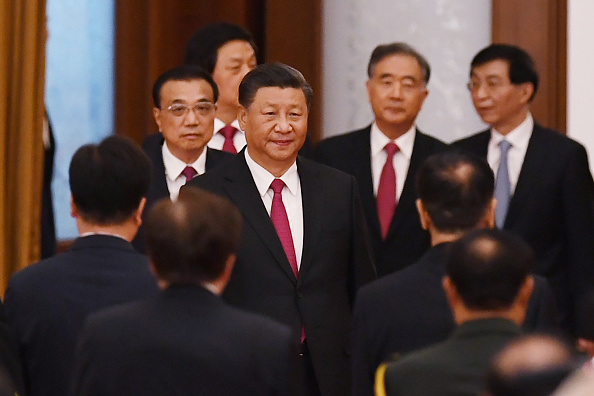 Mr Xi must also figure out how to satisfy ambitious young politicians who may see their careers being stymied by his lengthy tenure. And he has to demonstrate that his extended rule will not lead to the excesses of the Mao years, especially the disastrous and deeply traumatic 1966-76 Cultural Revolution.

“Xi has to manage an essential paradox. He venerates Mao and is building the same cult of personality and centrality of the party,” said Daniel Blumenthal, director of Asian Studies at the American Enterprise Institute. “But he knows his people fear and loathe Maoism so he has to also pretend he is not Mao. For now, he is an unchallenged strong leader, dealing with cracks and fissures in the party and society through Maoist-style campaigns and purges.”

Mr Putin faces even more daunting challenges. Russia's economy is a fraction of China's, and its overwhelming reliance on exports of oil and gas and other raw materials makes it vulnerable to market fluctuations. Western economic and financial sanctions have cut Moscow's access to Western technologies and capital markets, slowing down the economy and impeding modernisation efforts. Stagnant living standards and falling incomes have fueled growing discontent.

Russia's increasingly close ties with China are part of its strategy to offset Western sanctions. Chinese companies provided substitutes for missing Western technologies, helped with major infrastructure projects like energy supplies to Crimea and channelled cash flows to ease the burden from sanctions on Kremlin-connected tycoons. “Beijing helped Moscow, at least to some extent, to withstand US and EU pressure,” Alexander Gabuev, the top China expert with the Carnegie Moscow Centre wrote in a recent analysis. “This assistance also allowed Moscow to become more assertive elsewhere in the world, from being present in the Middle East and Africa to supporting the Venezuelan regime and interfering in US elections.”

Military cooperation remains a high-stakes frontier. As U.S. pressure grew, Russia has moved to expand military ties with China. Their armed forces have held a series of joint drills, and Mr Putin has noted that Russia has provided China with cutting-edge military technologies.

But a full-on alliance — putting the joint military might of Mr Xi's and Mr Putin's grips on their nations? Something like that seems less abstract when the increasingly tight relationship between the two long-term leaders is taken into consideration.

“We don’t need it,” Mr Putin said in October. “But theoretically, it’s quite possible to imagine it.”