Lava has been spotted on the surface of Whakaari/White Island – the site of a deadly eruption last year – but there is no greater chance of a second one.

Lava has been spotted on the surface of Whakaari/White Island - the site of a deadly eruption last year - but there is no greater chance of a second one, experts say.

New Zealand's GNS Science said magma just under the floor of the crater has now risen to the surface.

Eighteen people died following the eruption on December 9 last year, a death toll which doesn't include two bodies yet to be found.

"It remains very unlikely (one per cent chance) that there will be another eruption in any 24-hour period during the next four weeks," GNS Science duty volcanologist Craig Miller said. The alert level is still at level two, and the volcano remains in an elevated state of unrest.

"Although very unlikely, an explosive eruption from the active vent area remains possible and could occur with no precursory activity," Mr Miller said.

"This style of eruption could be driven by the collapse of unstable material behind the vents, or by a marked decrease in gas emissions allowing water from the reforming crater lake or geothermal system to enter the active hot gas vents." 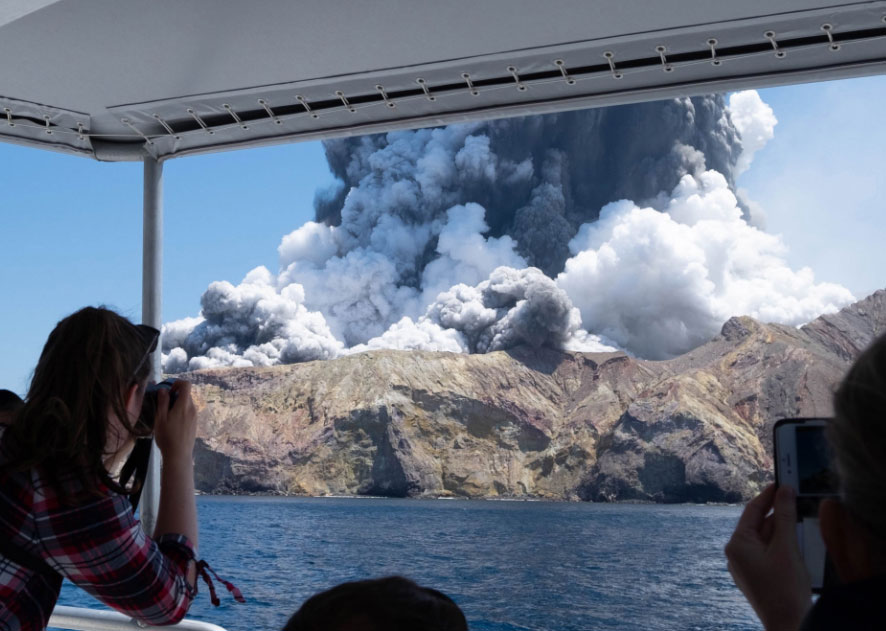 Sixteen Australian residents or citizens were among those confirmed or presumed dead following the disaster.